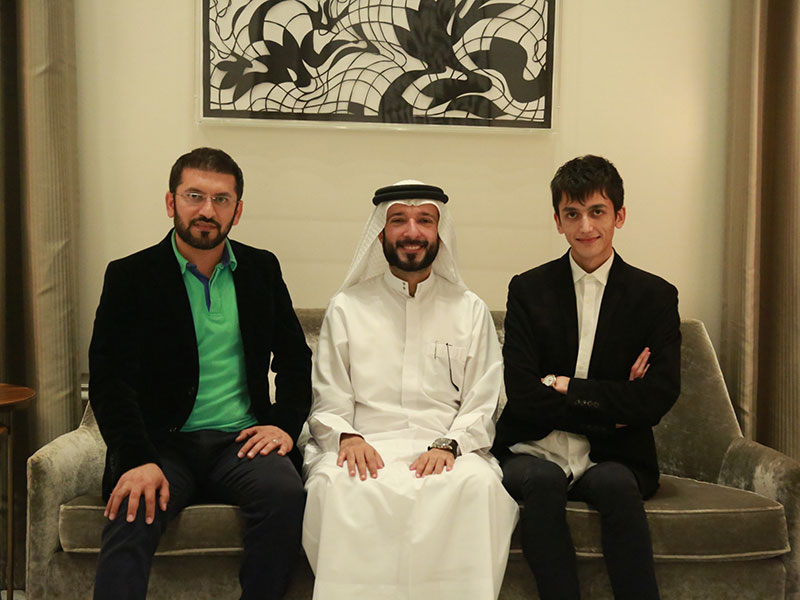 From a young age, I knew I wanted to be an inventor. Inspired by those great creative thinkers that came before me, I had already built around 40 different robots by the time I left secondary school. In fact, this passion drove me to abandon my medical studies after just three years in order to pursue my true ambition.

Since then, I have started my own business and become the Research and Development Manager at Aspetto, a Dubai-based firm that aims to change the world through innovative new technologies.

Although I am only at the start of my career journey, I have already received a number of accolades that I am truly humbled by. Media outlets have described me as the “next Bill Gates”, international exhibitions have awarded my inventions countless prizes and many investors from around the world are interested in my work. These successes are obviously a great source of pride, but it is the future, not the past, that inspires me.

That is why Aspetto continues to focus on producing innovative new technologies that can have a truly global impact.

Developing new solutions
Wherever there is a problem, be it in healthcare, green technology, AI or project management, Aspetto will always try to create a solution. As part of this commitment to new technologies, we are keen to showcase the company’s inventions at various exhibitions and trade shows. Not only does this allow us to share our ideas with the wider world, but it can also help inspire fellow exhibitors to pursue new projects.

At the 2017 British Invention Show, the Aspetto team – Mohammad Taghi Najafi, Omar Abdulaziz Al-Alshaikh and I – entered its Tree Robotic System into the Environmental Health category. The device works as an air purifier, removing dust and other impurities from the atmosphere.

Wherever there is a problem, be it in healthcare, green technology, AI or project management, Aspetto will always try to create a solution

Not only is the robotic tree powered entirely by solar energy, it also comes equipped with a Wi-Fi network and can convert humidity in the air into purified water. It is hoped the tree could become a unique addition to the urban landscape, making it both practical and aesthetically pleasing.

Of course, this is far from the only project that we have developed: we have already secured four patents, with many more to come. As we engage with fellow inventors, businessmen and governments from around the world, it becomes clear there is still much work to be done in order to make the world a better place. Aspetto is ready for this challenge.

Aiming high
Although our business has global ambitions, we take a particular interest in the current developments occurring in Gulf Cooperation Council countries. Their commitment to creating new standards of excellence, exemplified by the architectural achievements of the UAE, correlates closely with our own company ethos.

With Dubai selected as the host location for Expo 2020, the eyes of the world will focus on the innovative technologies being created in this part of the world – and Aspetto aims to play a key role in this. We have designed a 358m tower to be erected in the city in advance of the expo’s launch. But this will be no ordinary tower: it will utilise both medicine and robotics in its architectural design in a way that no building previously has – observers will be able to ease their eye fatigue simply by looking at the tower for approximately five minutes.

Upon completion, the tower’s ability to exercise a viewer’s eye muscles could see it entered into the Guinness World Records as the world’s largest exercise machine. In addition, the building will also serve as a symbol of peace and global health, with a design that shows people across five continents holding hands.

As a young entrepreneur, it would be easy to get carried away with my success so far, but the world’s many existing problems indicate that now is not the time to rest on my laurels. This is why Aspetto’s projects have such a broad range, encompassing everything from robotics to biomedicine. Some will succeed and others will fail, but one thing is for sure: we will keep trying to make the world a better place, one invention at a time.