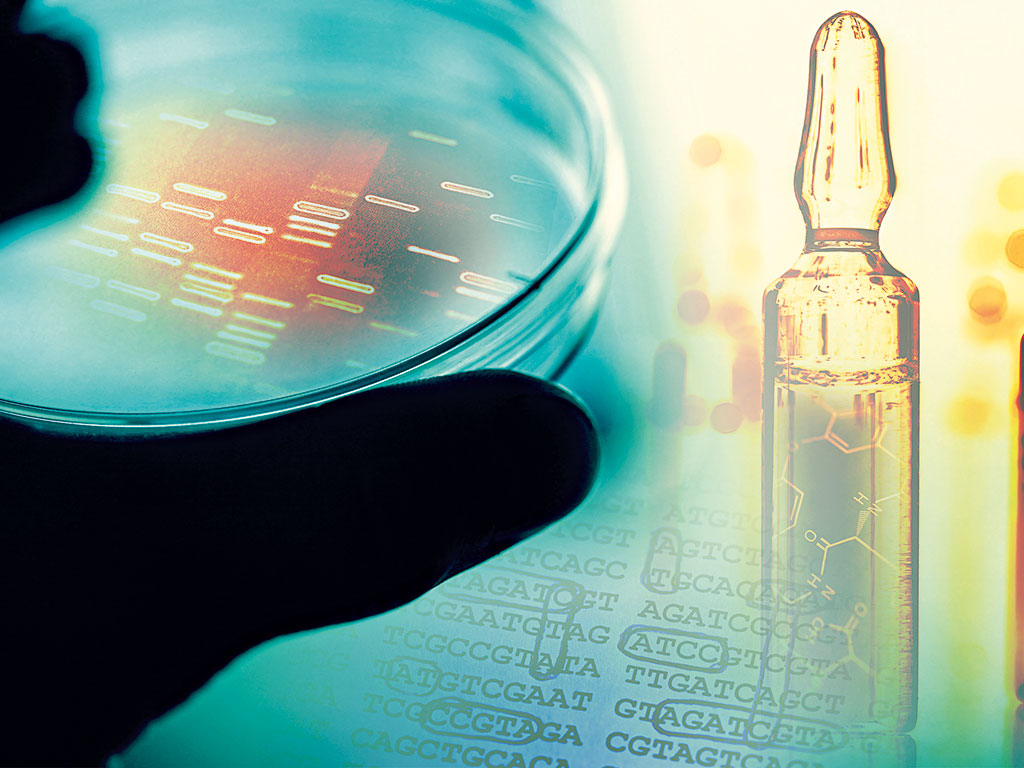 Alberta-based Ingenuity Lab is using its expertise to tackle some of the world's biggest problems. Access to clean water, the difficulty of storing influenza vaccines and the devastating effect of cataracts are among the challenges it is trying to solve

Clean water is something most of us take for granted, yet, for many, it is one of their most sought-after resources – particularly those living in developing countries. Concerns about the depletion of global water resources have grown rapidly in the past decade; it has been reported that almost half of the world’s population risks a life without clean water by the year 2025. In addition, a major part of the developing world suffers from cataracts blindness and does not receive basic immunisation against common diseases. This has prompted a strengthening focus on how innovations can provide clean water and basic health treatment to the poorest parts of the world.

Since only 2.5 percent of the Earth’s water is fresh, research efforts have been focused on the desalination of seawater, and the reuse and cleansing of wastewater to meet demands from agriculture, industry and domestic sectors. A key actor in this arena is Ingenuity Lab in Alberta. The organisation is Canada’s leading nanotechnology accelerator; a government-funded initiative working to create a bio-enabled, globally competitive and value-added industry while training the next generation of researchers and innovators.

Watch the video: The New Economy speaks to Ingenuity Lab about its scientific approach to global challenges

While much progress has been made with the invention and development of membrane desalination techniques in the past 50 years, it is clear further advancements are necessary. In particular, the needs for better desalination and purification performance, as well as lower operating costs, are high on the agendas of researchers and consumers alike. Organisations such as Ingenuity Lab are working on developing state-of-the-art technologies that will address these challenges.

“Ingenuity Lab is developing technology that looks at not only purifying water resources that aren’t currently accessible for human and agricultural consumption,” says Dr Carlo Montemagno, Professor in the Department of Chemical and Materials Engineering at the University of Alberta, Canada Research Chair in Intelligent Nanosystems, and Director of Ingenuity Lab. “If you were able to remove or partially remove the salt and contamination, you’d be able to irrigate large areas of land that currently can’t be used for food production. In addition to making low-cost, clean water for people to consume, we’re looking at making the entire water resource base economically available, so we can improve the prosperity of individuals in developing nations where water resources are a significant challenge. The idea is also to purify contaminated downstream water from farms and make it economically viable for crop production.”

Clean water
Agriculture is the dominant means of land use in several countries, and the contamination of soil and water by pesticides and ammonia compounds from fertilisers and livestock waste is an on-going problem. Ingenuity Lab is developing enhanced aquaporin-based water purification membranes with the power to reclaim nitrogen from soil runoff and thereby increase the environmental efficiency of the agricultural industry.

“The current purification technology, or filters, have holes of a given size that filter out contaminants based on the size difference between water molecules and contaminants,” explains Dr Montemagno. “This has a core limitation that defines the energy needed for moving materials through holes of a given size. Our technology has holes which, in addition to being smaller than many contaminants, are also mapped to the water molecule itself, so it selects the water molecule and can separate much smaller molecules, such as ions and protons. The end result is that you have a much more efficient mechanism of getting pure water than you would using other techniques. Less energy, higher through-put, smaller footprint.”

Because this new technology is more efficient and cost-effective, it will be possible to implement in developing countries with a smaller capital investment. It is crucial to create technology that is cost-effective for the developing world, where the ready availability of drinking water could significantly reduce sickness, eliminate long transport times for people walking to find water sources, and provide dry and unfertile lands with irrigation. Fighting blindness
Ingenuity Lab is focusing on improving global health standards by rethinking approaches to large-scale issues such as cataracts. Leading to a clouding of the lens of the eye, cataracts affect more than 20 million people worldwide and are responsible for 51 percent of cases of blindness. What’s more, the World Health Organisation (WHO) expects the number of people with severely reduced vision (of 3/60 or worse) as a result of cataracts will reach 40 million by 2020. It is the leading cause of blindness in developing nations and has a profound impact on the quality of life of patients and their families.

Cataract formation also carries a significant economic burden, as it can only be treated through expensive surgery and often results in the loss of work. For people in developing countries – where eye diseases occur more often due to malnutrition, limited health and education services, poor water quality and lack of sanitation – surgical cataract treatment is often far too costly for an individual.

“Cataract lenses cost in excess of a year’s salary for those in developing nations and, as a result, a lot of people don’t get surgery and become dependent on their family due to a disease that is actually treatable,” says Dr Montemagno.

“Our technology will treat the disease chemically instead of surgically, through a simple eye drop, so we believe that we can make the disease treatable and at a cost appropriate for the developing world.”

Easy vaccines
For the majority of people in the developed world, something like the flu is not necessarily considered a killer and we rarely have to fear diseases such as hepatitis or polio because widespread immunisation programmes have eliminated their spread. However, worldwide, influenza epidemics cause three to five million cases of severe illness each year, and about 250,000 to 500,000 deaths, costing more than $80bn a year in the US alone. Problematically, the vaccines the developed world uses against the flu are even more costly to administer in the developing nations where they are most needed. This is why WHO is looking at making influenza vaccines part of the recommended worldwide immunisation programmes. It is also why the development of a cheaper and easier alternative to standard vaccination is necessary.

“Normal vaccines need a significant infrastructure in order to be administered. You need a refrigerator for storing the vaccine, needles and syringes must be kept sterile, and they have to be administered by a healthcare professional,” explains Dr Montemagno. “This process is extremely costly for developing nations, so we’re developing a room temperature vaccine that can be administered via an easy-to-take pill.”

Annual cost of influenza in the US

In developed countries, influenza has also been treated via nasal spray vaccines, which have a better immune response. However, such nasal vaccines have been taken off the market following safety concerns – including a possible link to Bell’s palsy, a form of facial paralysis. This has increased the need for a simple, cheap and safe alternative to vaccination via needle.

Being able to ship pills via normal shipping channels means oral vaccines will be easier to deliver, and could be stored and produced like any other major product. Dr Montemagno expects the oral vaccine to undergo animal studies in the next three to four months and to see human trials and rollout in the near-term once regulatory approvals are in place.

Such innovation is why The New Economy is proud to announce Ingenuity Lab as the winner of its award for Best Nanotechnology Research Organisation, 2014. It continues to forge the way for inventions that could have a significant impact on the developing and developed world, cutting healthcare costs, preventing the further spread of diseases and supporting a generally healthier population.