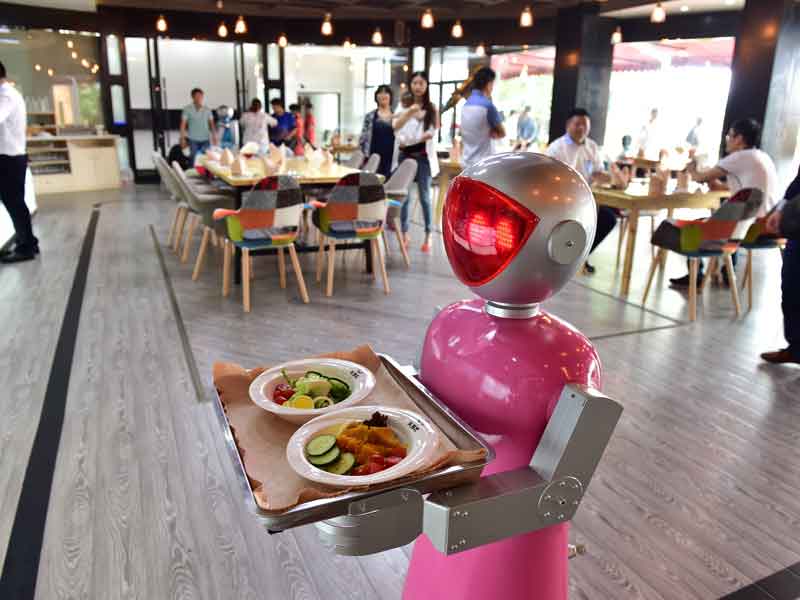 Despite experts' assurances, there are still fears that the growing robotics industry will put many out of a job

On September 27, the publication of the World Robotics Report 2017 found that global robot sales are continuing to rise, achieving a new peak for the fourth year in a row. Sales increased 16 percent year-on-year during 2016, with growth shown across all major markets.

The electronics industry was found to be the main driving force behind the increased sales figures, with a jump of 41 percent last year. Total sales of 91,300 units meant that the sector almost achieved parity with the automotive industry (103,300 units), which has traditionally dominated global shipments. Sales were strong across the board and it is predicted that more than 1.7 million new industrial robots will be installed by 2020.

Commenting on the report’s release, President of the International Federation of Robotics (IFR), Joe Gemma, stated that the threat posed by the robot market’s rapid growth is often overplayed.

“Creating high paying and skilled jobs has been a wonderful side benefit of automation,” Gemma said. “In fact, there is no evidence to support the notion of robots as job killers. The robots might be coming – but they are not coming for our jobs. Instead, there is clear evidence that humans will remain central to effective automation strategies, which are key to improving productivity and economic growth.

It is also worth noting that the market for robot sales is not uniform across the globe. Five countries represented 74 percent of total sales in 2016: the US, Germany, Japan, South Korea and China. In China alone, robot shipments increased by 27 percent in 2016.

Despite the assurances of the IFR, the increasing proliferation of robots is likely to cause some anxiety in developed nations. Although robots do provide substantial efficiency benefits, governments are often slow to ensure that displaced employees are given the skills they need to thrive in a more technologically advanced workplace.