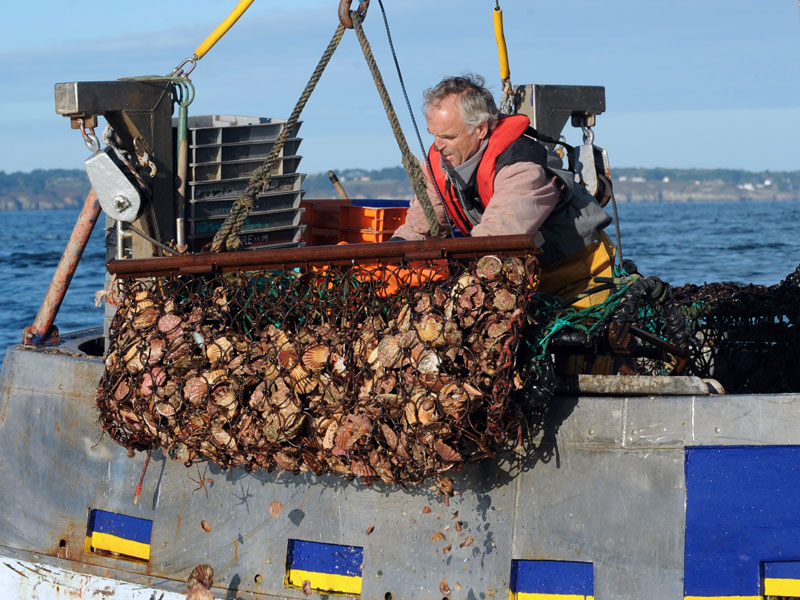 On October 17, IBM announced an initiative to trace scallops sourced from the Atlantic Ocean, in collaboration with Raw Seafoods. The fleet of scallopers working with IBM will record the details of each catch, noting the weight of the scallop, the time and place it was caught and the name of the vessel that caught it. This data will be shared with distributors, suppliers and retailers to improve accountability in the fishing industry.

In the US, around 80 percent of seafood is imported, which can leave the sector vulnerable to mislabelling and fraud

The supply chain has often been put forward as a use for blockchain technology. By providing an immutable record of all transactions, the blockchain can improve transparency and build trust between the various stakeholders on the supply chain.

“Traditionally, tracing the origin of a given food product could take days, if it was possible at all, especially for wild-caught sea scallops,” said Rajendra Rao, General Manager of IBM Food Trust. “By reducing that time frame to a matter of seconds, we’re able to solve three of the core consumer concerns that deter them from enjoying seafood: safety, sustainability and authenticity.”

In the US, around 80 percent of seafood is imported, which can leave the sector vulnerable to mislabelling and fraud. A 2019 study by conservationist group Oceana found that one in five seafood samples in the US were mislabelled. However, if all stakeholders could access the same information via the blockchain, it would be much harder for suppliers to pass off their catch as something it’s not.

When blockchain first entered the public consciousness, it was lauded as a revolutionary technology set to transform everything from elections to banking. More recently, however, interest in adopting blockchain technology has begun to wane. This may be because the maturity of the technology has been overstated, meaning it will be some time before the blockchain is widely adopted. Nonetheless, maritime trade remains a promising sector for blockchain thanks to the need for accountability in the fishing industry.