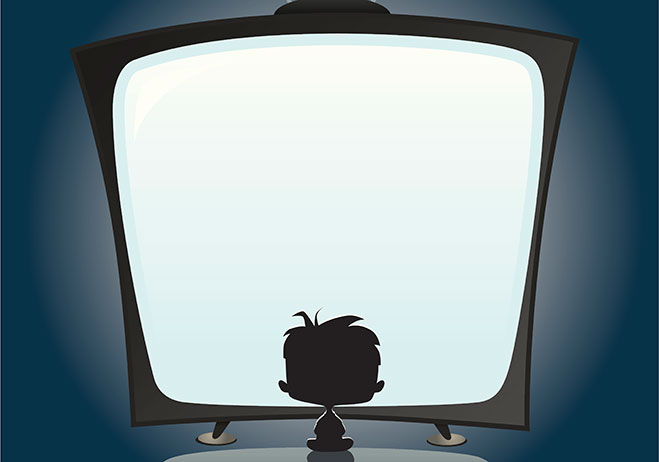 New research has revealed that British families are once again congregating around one television set with the single difference that as they all watch one programme together, individual family members are likely to be online on their smart-devices as well. Another study, in the US, suggests social networking site Facebook might be drawing in the ‘audience’ of the 18 to 24 age group during prime time far more than the major television networks. This suggests that not only are our media consumption habits changing very fast, both television networks and social media websites will have to evolve to keep up consumption models.

It has recently been reported that Facebook will be offering advertisers the chance to air video adverts, similar to those aired on TV, for as much as $2.5m per day. According to Bloomberg, the spots will be up to 15 seconds long and might become available as soon as the end of the year. The video-ads would allow Facebook to challenge the dominance of television over ad budgets. Facebook has not officially confirmed the plans, but it would certainly not be the first internet company to chase those TV advert dollars.

Google has long since been funding original content channels on Youtube, allowing more varied video ads, and recently The Huffington Post (owned by AOL) similarly launched the HuffPost Live platform, where they stream varied video-content and adverts. It might be a logical move for Facebook to join them, latest figures suggest that 61 percent of its 1.5bn users access the site daily. “Every night, 88 million to 100 million people are actively using Facebook during prime-time TV hours in the United States alone,” COO Sheryl Sandberg told Bloomberg.

“Advertisers should welcome the new video ad format with open arms, as it will give them the chance to use their visual creative assets. Anything beyond a static 100×72 image should surely be seen as a positive, although whether users will react in the same way is less certain,” says Theo Johnson, a digital media consultant at Ebiquity, a media and marketing analyst. “The primary shift seems to be how many campaigns now focus on user interaction and dialogue as opposed to the traditional ‘push’ model. And inter-connected online and offline partnerships are also becoming ever more prevalent in order to try to bridge the divide.”

A recent piece of research released by Nielsen, an American ratings company, suggests that in the ‘prime-time’ hours between 8pm and 11pm, the 18 to 24 year-old demographic is more likely to be on Facebook than watching any major television channel. The study is the first to compare Facebook usage with TV audiences, and will be useful for advertisers to understand media consumption patterns. “This data really changes the way marketers view us now,” says Fred Leach, head of measurement research at Facebook. “They used to think of us as a niche part of their ad strategy, but this data establishes us as a really important piece of giving them reach.”

However, analysts are less convinced by the data because it fails to reveal how users interact with either medium. It is not uncommon for people to be online while watching TV and using social media platforms to discuss or comment on the programmes they might be watching. For Johnson, it is not a question of one or the other; “If you look at engagement rates for any major brand page, especially those with a primary target audience of 18 to 24s, you notice that they increase during prime-time hours. The proliferation of tablets and smartphones however, means that social media is often combined with watching television as evidenced by any cursory glance at what’s trending on Twitter during these hours.”

For Johnson it seems unlikely that internet platforms will ever be able to catch-up with television in terms of advertising value, and it becomes a question of the quality of attention consumers pay to ads. “People consume TV in a completely different way to Facebook. People are used to the ad-break model on television, where time is dedicated purely to advertising, then purely to content. Adverts on Facebook will never get that level of dedicated attention from a user, even with the new upcoming video formats. Plus you can’t download an adblocker for your TV.”