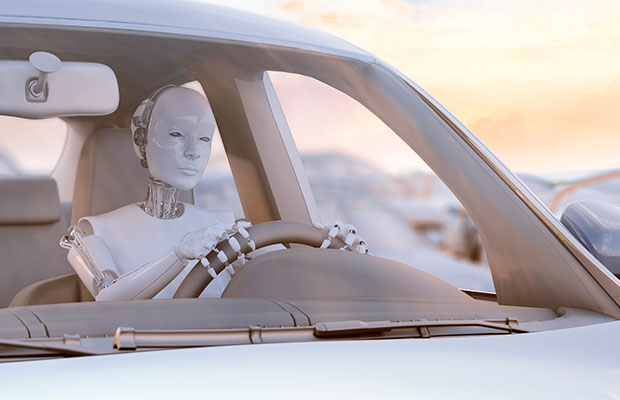 Artificial intelligence (AI), the technology behind a number of the most exciting developments of our time, has been identified as one of the world’s most pressing risks, a World Economic Forum report has found.

The report lays the foundations for discussions to take place at the upcoming World Economic Forum annual meeting in Davos, Switzerland – which begins January 17. Under the theme ‘Responsive and Responsible Leadership’, leaders will discuss the potential dangers arising from the fast-paced development and uptake of AI technology.

It seems there must be a careful balance between embracing the numerous benefits the technology offers and mitigating the equally harrowing risks. The report states: “Some serious thinkers fear that artificial intelligence could one day pose an existential threat: a ‘superintelligence’ might pursue goals that prove not to be aligned with the continued existence of humankind.”

Self-driving cars, drones and virtual assistants… are all examples of [AI’s] transformative potential

AI is behind technological innovations that continue to dramatically shape the future. Advancements like: self-driving cars, drones, virtual assistants and software that can translate or invest, are all examples of its transformative potential.

Furthermore, “artificial intelligence will enable us to address some of the great issues of our age, such as climate change and population growth, much more effectively”, said John Drzik, President of Global Risk & Specialties, Marsh, according to the World Economic Forum’s website.

The development of sound, regulatory measures is vital to striking the right balance between the potential risks and benefits. “With investment into artificial intelligence now 10 times higher than it was five years ago, rapid advances are already being made. However, increased reliance on artificial intelligence will dramatically exacerbate existing risks, such as cyber, making the development of mitigation measures just as crucial”, said Drzik.

One of the biggest concerns surrounding the technology is its unpredictable nature. In an effort to create machines that can substitute for humans, the technology behind ‘self-learning’ is pushing forward at an exponential rate. By creating machines that can make decisions based on their self-taught intelligence, there’s a chance robots could move beyond human mastery. As the technology develops, risks will emerge of machines operating “outside the control of humans” or in “unforeseeable ways”, the report says.

Another key risk is the prospect of weaponised AI. The report notes: “Even if there is widespread desire to restrict the progress of a particular technology – such as lethal autonomous weapons systems – there may be practical difficulties in getting effective governance mechanisms in place before the genie is out of the bottle.”

As AI and other technologies of the ‘fourth industrial revolution’ emerge, the huge potential for both risk and reward will be heightened. The outcome hangs on the development of good regulations – something that will be at the forefront of the leader’s minds as they meet in Davos.