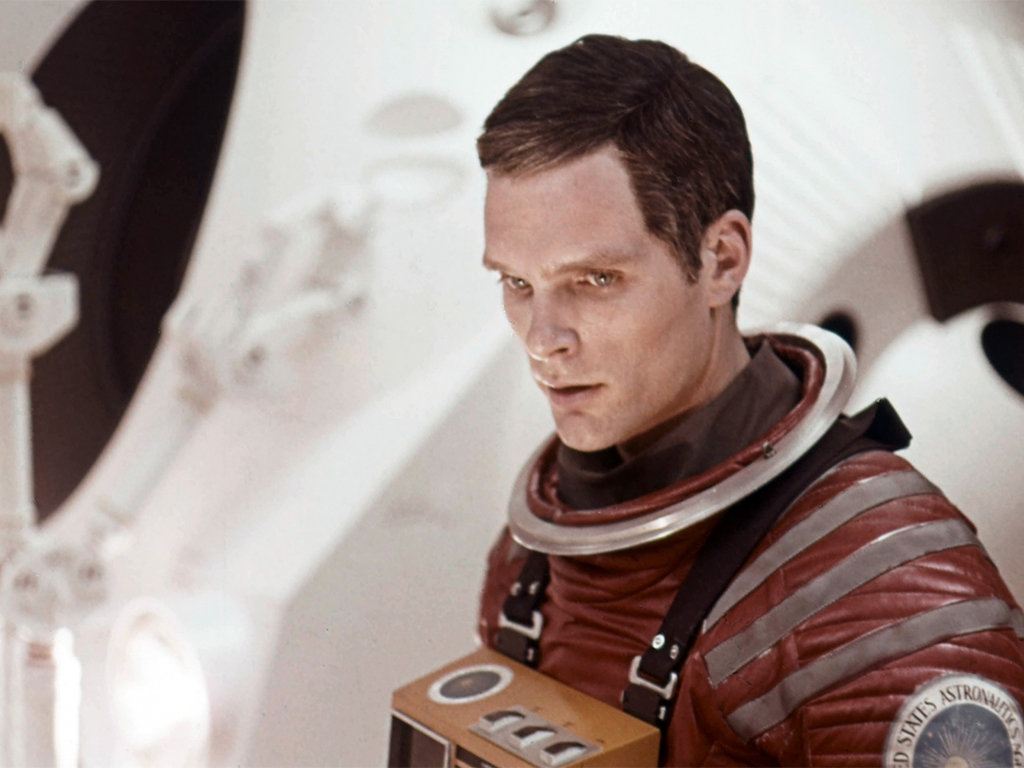 Futuristic movies such as 2001: A Space Odyssey and Star Wars have provided inspiration for some of the most ground-breaking inventions of our time

We often assume the technology we rely on came from the minds of genius inventors determined to solve a problem. And most original concepts will have been inspired by the need to improve the way something was done. But some ideas spring from the imaginations of creative people who have little or no expertise in design and just the ability to imagine worlds beyond the constrictions of the here and now. Imagining the impossible has allowed science fiction writers to explore concepts and ideas previously unthought-of. Those men and women have, in turn, inspired those with the necessary expertise to turn their ideas into reality. Many of the inventions we use every day were inspired by the stories written many years before they were possible: stories by the likes of Jules Verne, Mary Shelley, Mark Twain and Arthur C Clarke. We look at 10 inventions that began life as mere science fiction… Voice-controlled robots such as R2-D2 from Star Wars (pictured) were a mainstay of science fiction long before Apple unveiled its Siri software. While the technology had been in development as far back as the 1950s, it wasn’t until Stanley Kubrick’s 1968 film 2001: A Space Odyssey showed a talking and responsive computer, HAL, that people began to imagine its true possibilities. Voice control systems first emerged during the 1950s and 1960s, when Bell Laboratories designed its ‘Audrey’ system, which could recognise digits spoken by a single voice. IBM took things a step further a decade later with its ‘Shoebox’ machine that could understand 16 English words. By the 1970s, the US Department of Defence had set up its DARPA Speech Understanding programme. By the turn of the century, consumer electronics firms were starting to integrate such technology into their products. Apple worked with speech recognition specialist Nuance to produce Siri, while Google launched its own Voice Search product in 2011. Hardly the most glamorous of inventions, the automatic sliding door was still once the stuff of science fiction. More than half a century before its invention, the automatic door appeared in HG Wells’ 1899 serialised story When the Sleeper Wakes. Wells’ door slid upwards into the ceiling: what was invented by Horton Automatics co-founders Dee Horton and Lew Hewitt in 1954 – and has been widely used ever since – were two sliding doors either side of the opening. According to the company: “The two men went to work inventing an automatic sliding door that would circumvent the problem of high winds and their damaging effect. Horton Automatics Inc was formed in 1960, placing the first commercial automatic sliding door on the market and literally establishing a brand-new industry.” Wells has been noted for his prophetic writings: as well as automatic doors, his works predicted atomic weapons, lasers and the Second World War. For many decades, children – and possibly some adults – have imagined themselves being able to discreetly speak into their watches as though they were mobile phones, much in the same way comic-book hero Dick Tracy could. Created by Chester Gould, Tracy was a police detective able to communicate with his colleagues via a ‘2-Way Wrist Radio’. Smartwatches have been around for some time, but usually in quite basic forms. More recently, Nike’s Fuelband has given joggers the ability to track their performance, while the Kickstarter-funded Pebble is a pretty basic platform of applications that nonetheless demonstrates the possibilities of the technology. While making phone calls from your wristwatch has yet to truly take off (though some products do allow it), the coming year may prove to one be of great excitement for budding police detectives; it’s long been rumoured Apple is working on its own smartwatch (said to be called the ‘iWatch’) that will sync with the wearer’s iPhone and allow calls to be answered through the wrist device. While it’s unclear how popular such a device would be, Apple is certainly the company most capable of turning it into a mass-market product – and exciting Dick Tracy fans around the world. While sentient computers are, hopefully, a long way from becoming reality, intelligent systems capable of reacting and strategising have been around for quite some time. There is no clearer example of this than computers capable of playing chess. Such a complicated game is renowned for requiring patience, forethought and strategic thinking. The idea of creating a machine capable of challenging humans has been around for centuries, including a number of hoaxes in the 18th and 19th centuries that hid human players inside seemingly intelligent machines. However, it wasn’t until Kubrick’s 2001: A Space Odyssey showed the supercomputer HAL playing chess against a human opponent that computer companies were inspired to design a computer capable of taking on the world’s best chess players. In the film, HAL easily defeats astronaut Dr Frank Poole. Such was Kubrick’s enthusiasm for chess that he took great care to ensure the scenes were entirely accurate. There were a number of failed attempts to match the fictional feat until, in 1997, IBM’s Deep Blue supercomputer defeated World Chess Champion Garry Kasparov three and a half matches to two and a half. Often cited as one of the most forward-thinking television shows in history – and cause of many grown men to embarrass themselves with their in-depth knowledge of alien languages, uniforms and starship registrations – Star Trek imagined an early form of mobile phone. The ‘communicator’ used by Captain Kirk and his crew inspired mobile phone inventor Martin Cooper to design a portable cellular phone in the early 1970s. In 1973, his work as Motorola R&D Director led to the world’s first mobile phone, and he used his first phone call to goad competitors Bell Labs – owned by AT&T – by calling them from the streets of New York City. Cooper’s somewhat clunky design has been refined over the years and is now an essential part of virtually every human being’s life. He has said the inspiration he took from Star Trek was clear: “That was not fantasy to us, that was an objective.” Perhaps the most revolutionary invention of the last century, the internet has transformed the lives of everyone on this planet. However, while it was properly developed during the 1980s – coming into public use the following decade – a concept with remarkable similarities was first mooted by Mark Twain in 1898. His short story From the “London Times” of 1904, described a phone system created to share information over a worldwide network. Given the not very snappy name of the ‘Telelectroscope’, Twain’s invention was remarkably similar to the World Wide Web British computer scientist Tim Berners-Lee designed in the early 1980s. However, Berners-Lee has cited another literary work as the inspiration for the web: written in 1964, Dial F for Frankenstein by science fiction novelist Arthur C Clarke (who also wrote 2001) described a platform that allowed computers to communicate with one another. Berners-Lee admits to reading the book in his youth, but has also stressed the outcome of the story – in which the computers become autonomous and wrest control of communications satellites from humanity – was not what he was hoping to achieve. While Apple guru Steve Jobs was hailed as the genius behind the tablet computer when he unveiled the iPad in 2010, a strikingly similar design was shown nearly 40 years earlier – once again in 2001: A Space Odyssey. Two astronauts are shown watching footage on rectangular screens that look remarkably like iPads. In the novel – which he wrote concurrently with the film’s screenplay – Arthur C Clarke describes touchscreen computers called ‘newspads’. These were, again, very similar to the tablets and e-readers widely used today. While the links to Clarke’s designs are clear, there are also similarities to a touchscreen device seen in Star Trek. The PADD, or Personal Access Display Device, was seen throughout the franchise’s television series and movies during the 1990s: touchscreen control panels used by the crew of 24th-century starships. While Jobs didn’t explicitly say Apple had been inspired by the TV show, the film he chose to show off the iPad’s screen capability was… the most recent Star Trek movie. Frankenstein is cited by some as the first science fiction novel. In Mary Shelley’s 1818 book, scientist Victor Frankenstein uses dead body parts to build a man, bringing him to life with a powerful electric current. While such an extreme feat has yet to be achieved, transplanting body parts from one human to another has been possible for some time. Transplants have been attempted for centuries, but the ability to make host bodies accept donor organs has only come about in the last 100 years.

Dr Richard H Lawler of Chicago achieved the first successful kidney transplant in 1950, and in 1967 Christian Barnard performed the first heart transplant, in South Africa. It is thought Shelley’s story had a huge influence on the idea of organ transplantation, and her idea of using electricity to animate a body could be seen as a foreshadowing of the defibrillator. Such innovations have proved vital in saving lives the world over. Supposedly the most advanced non-lethal weapon the police have at their disposal, the Taser has been the bane of street criminals’ lives ever since it was introduced in the 1970s. Invented by NASA researcher Jack Cover, the device pumps electrical current into its target, causing strong stimulation of the sensory and motor nerves, leading to involuntary muscle contractions. Such has been its success that a 2009 study showed officer injuries fell by 76 percent when a Taser was used, and surveys of police show as many as 75,000 lives have been saved by using the weapons (or so the manufacturers claim). The concept of an electric gun came from one of Cover’s favourite novels, Tom Swift and His Electric Rifle. The book describes the titular hero Swift, a genius inventor, as he travels through Africa, while at the same time inventing an electric rifle. Cover was such a fan of the idea of an electric rifle that he named his device after the book: ‘Taser’ is an acronym, standing for ‘Thomas A Swift’s Electric Rifle’. First described by novelist Edward Bellamy in his 1887 utopian book Looking Backward, the credit card has become yet another integral part of people’s lives. A college-dropout who would become obsessed with writing science fiction, Bellamy briefly worked in law before dedicating his life to literature. In what became one of the best-selling American books of its day, Bellamy used the term ‘credit card’ as a means of paying for a citizen’s dividend from the government – as opposed to the loan facility they provide now. However, the little slip of plastic in your wallet is pretty close to Bellamy’s description of “a credit card issued [to] him with which he procures at public storehouses, found in every community, whatever he desires, whenever he desires it. This arrangement, you will see, totally obviates the necessity for business transactions of any sort between individuals and consumers”.