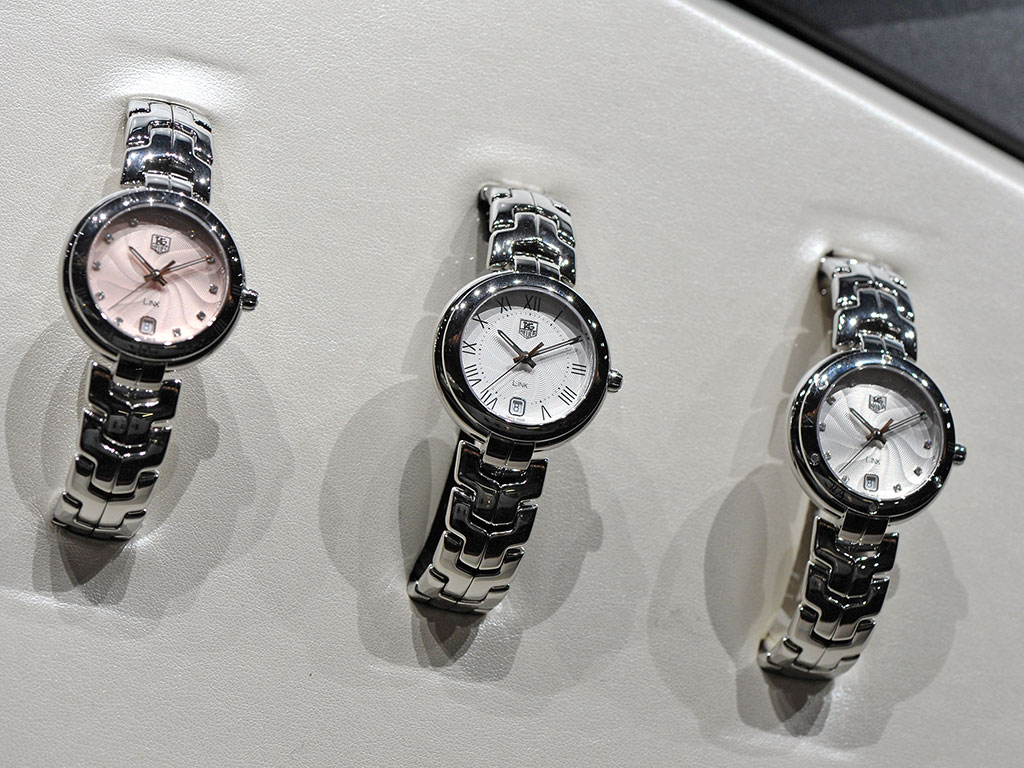 Tag Heuer watches on display. The brand has recently entered the smartwatch market

Eight months after it was first announced, Luxury watchmaker Tag Heuer has become the first luxury watchmaker of note to enter the smartwatch market. Complete with the brand’s trademark titanium casing, black rubber strap and watch face, albeit a digital one, the most notable characteristic is that it is the first of its kind to run Android Wear.

The watch, under the name of Tag Heuer Connected, shares much in common with the company’s traditional line up, and at $1,500 a pop, is the first smartwatch yet announced to retail for over $1,000. The release also makes Tag Heuer the first Swiss watchmaker to enter the smartwatch market, although the company has stopped short of branding the device “Swiss made”, given that the majority of its components have been manufactured elsewhere.

Analysts have long suspected that the luxury and smartwatch market would make a good fit, though it’s not yet known whether Tag Heuer’s typical customer will shell out for a less traditional device. With this in mind, the company has given buyers the option to swap out their digital device for a mechanical once their two-year warranty is up, in exchange for a $1,500 fee, which allows the watchmaker to stand by its traditions should push come to shove.

The biggest concern for Tag Heuer going forwards is that luxury customers tend to favour Apple’s products ahead of Google’s, and the former’s aversion to forming any partnership with third-party watchmakers could limit Connected’s compatibility with existing devices. For now, 1,000 units are available in only 15 stores across the US, with models in Britain, Germany and Japan to follow.