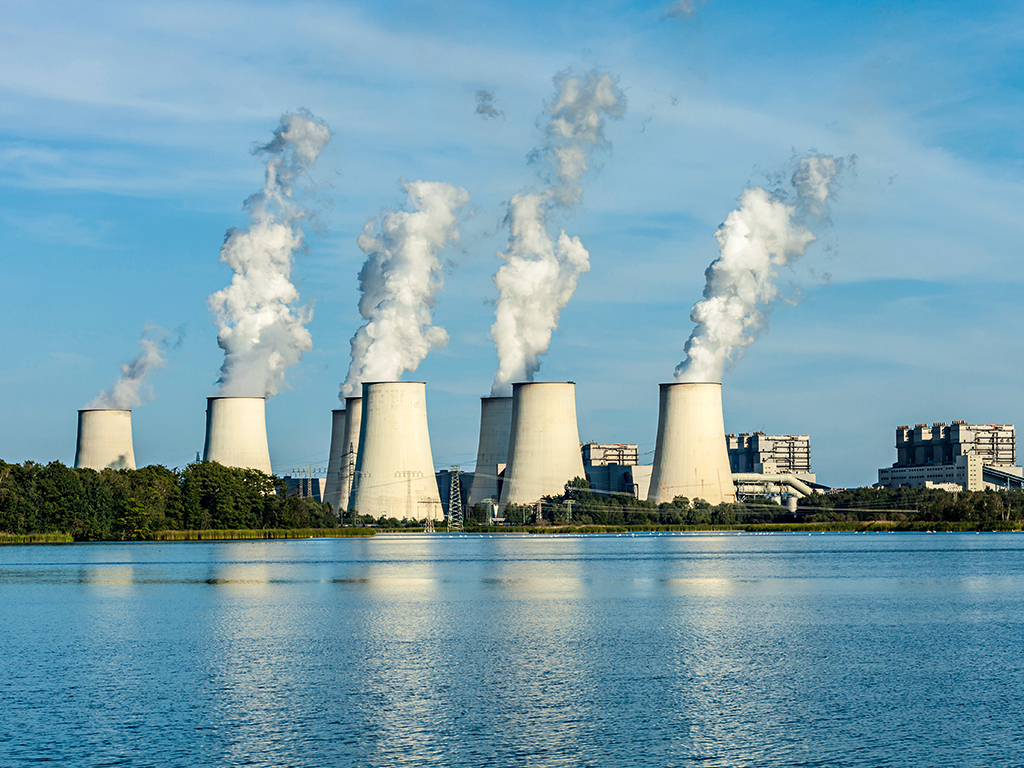 A lake and power plant. Keeping power plants cool places a huge demand on our finite supplies of water. The Stockholm International Water Institute has been working to promote global awareness of water challenges

The term ‘economy’ has its roots in ancient Greek, where it denoted the management of a household. Good housekeeping meant thrifty running of a household’s resources in order to make ends meet – hence the discussion about economy at that time was focused on scarcity. The Greek philosopher Plato argued it is scarcity that gives a resource its value by stating: “Only what is rare is valuable, and water, which is the best of all things… is also the cheapest.” That water was cheapest must, for a logical master such as Plato, have meant it was a plentiful resource – a resource for which there was no competition. But while the connection between economy and water remains as strong as in Plato’s time, abundant water resources are a thing of the past.

Water is a finite resource
The absolute majority of the water on our planet is salty and cannot be used by humans for much more than fishing and carrying our ships. As odd as it may seem on a planet whose surface is three quarters covered by water, there is only a fraction that is fresh enough for terrestrial life. The total amount of liquid freshwater that is usable for humans and ecosystems would actually fit in a cube with each side measuring 58km (equal to the distance between Amsterdam and Rotterdam or Washington DC and Baltimore). This is all the freshwater we have to quench our thirst, grow our food, spin our turbines, and manufacture our goods. And we must share it wisely with our fellow species in order to sustain the ecosystems on which our wellbeing depends.

The reason we have all been able to survive on such a tiny volume of freshwater is that it forms part of a renewable cycle, allowing it to be used over and over again. That freshwater is a finite resource has often been overlooked, leading to over-extraction and weak incentives for efficient water use. Inefficient use of the best of all things would hardly qualify as good housekeeping or wise economic policy even if there were no scarcity.

Human use of freshwater has increased dramatically since Plato’s days and, according to the OECD, demand will continue to grow for the foreseeable future. The technological advancements and incentives for managing demand are currently not sufficient, leading to a world that is projected to use 55 percent more water in 2050 than in 2000. As a result, 45 percent of the global population and over 60 percent of people in the rapidly developing BRIICS economies will be living under severe water stress in 2050.

Water use is changing
The global trend of growing water demand is driven by significant regional and sectoral changes. Historically, agricultural production has been the main user of freshwater, accounting for over two thirds of total withdrawals. But demand from other parts of the economy and society is rapidly increasing, especially in manufacturing and energy production. In 2008, the freshwater used just for cooling power plants in France and Hungary accounted for 70 and 90 percent respectively of total surface and ground water abstractions.

And our world is as hungry for energy as it is thirsty for water. The global energy demand is expected to increase by one-third from 2011 to 2035, with the quickest rise in rapidly developing economies. To extract and convert energy you need water, and the demand for water for electricity production outside the OECD will increase almost fivefold by 2050.

It is well known that the production and extraction of primary goods such as minerals, food, fuel and fibre requires water, but so does the conversion of raw materials into consumer goods. In the BRIICS, the manufacturing industries’ appetite for water is expected to increase by over 700 percent to 2050, equalling 11 times the annual flow of the river Nile.

Agriculture uses two-thirds of freshwater abstractions while power production, manufacture and households use one-third together. But, we are rapidly moving towards a world where agriculture will use only a third, while electricity and manufacturing together demand half of the total abstractions.

Water is different
The scenario depicted above clearly points to the need to start managing the demand for water more wisely. The standard response to booming demand for a resource is to increase its price, but with water it is not that simple. First, water for basic human needs is recognised as a human right. This does not necessarily mean it must be free, but states have an obligation to ensure it is affordable to all. Water also differs from commonly traded natural resources in other important respects.

First, water moves. The liquid freshwater on our planet is in constant movement: it falls and flows and seeps. This makes ownership of water difficult, which has led to a discussion about a right to access rather than a property right to water. This in turn means the right can be limited, e.g. in volume, in time or in the type of usage.

Second, water revolves. When we use water it does not disappear. Instead we change its quality or its phase, e.g. by converting it to vapour. In many cases, nature cleans and condenses the water back to its original state, albeit often in another location and at another time.

Third, water varies. Freshwater is unevenly distributed across the world and there is great intra- and inter-annual variability in rainfall, leading to a vast fluctuation in supply in addition to a very variable demand. As market prices generally are set by supply and demand, the significant and unrelated changes in both would mean market prices would be very volatile.

Fourth, water is local. Liquid water is uncompressible, heavy and often needed in large volumes. With high transportation costs, the difference in price between the source and the use would have to be high to allow for its conveyance. This means water is largely, and will continue to be, a local resource.

It makes good business sense to manage water wisely. But not enough is happening

And, of course, water is essential. For most uses of water, there is no substitute. For all biological needs – of humans, animals and plants – water is vital. Hence, the only alternative to using a lot of water is to improve the water efficiency in order to use less.

Doing well by doing good
The good news with the global lack of awareness about our water challenges is there is an abundance of low-hanging fruit. Last year’s winner of the Stockholm Industry Water Award, the pioneering drip-irrigation firm Netafim, has clearly demonstrated the potential to double water efficiency in agriculture. During 2013, Stockholm International Water Institute has worked with Indian textile industries to improve their water use, achieving an almost nine-fold return on the investments with an average payback time of 11 days.

These examples show that it pays to do the right thing. It makes good business sense to manage water wisely. But not enough is happening. We need stronger incentives to overcome investment inertia. One policy tool that merits further consideration is putting a market price on water as an incentive for more efficient use. In the best of worlds, the readers of this magazine, political and financial leaders, would take the lead in this exceptionally important endeavour.