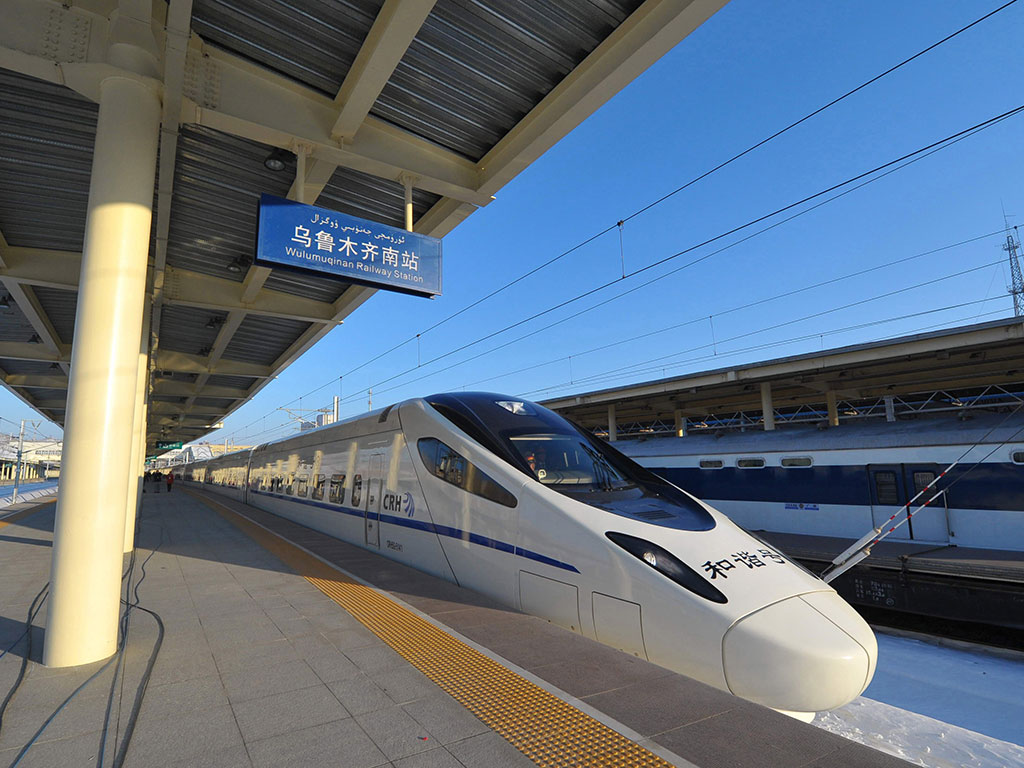 A train in Urumqi, China - where the proposed route from China to Iran will begin

China has proposed a Silk Road high-speed rail link to Iran in order to boost connectivity between the two countries. The proposed route will start at Urumqi and then Yining in northwest China, before moving onto Kazakhstan’s Almaty, Bishkek in Kyrgyzstan, and will then travel to the Uzbek cities of Tashkent and Samarkand. After a stop in Turkmenistan’s Ashgabat, the railway will finally move across to the capital of Iran, Tehran.

Through a series of high profile meetings and bilateral visits, Sino-Iranian relations have improved considerably over the past decade

Although rail infrastructure currently exists to transport goods between China and Central Asia, a difference in track width slows down the process considerably. At present, when goods reach Chinese borders, deliveries are delayed for days at a time in order for gauges to be changed.

The new rail link however, which will run alongside the old route, can eliminate this current issue – thereby improving the competitiveness between land and sea freight. The increase in cargo traffic is expected to justify the cost of the rail’s construction.

According to China Daily, passenger and container trains will travel along the same route, with the only difference between the two being speed; the former will travel at 250 to 300km per hour, while cargo will be transported at 120km per hour.

In addition to a new transportation link that will bolster trade between Beijing and Tehran, the two countries are also negotiating deeper military ties and strategic cooperation. Although China and Iran historically held close military relations in the 1980s and 1990s, the relationship began to decline in the early 2000s. Through a series of high profile meetings and bilateral visits, Sino-Iranian relations have improved considerably over the past decade, and particularly so earlier this year when a nuclear deal was strike between Tehran and the P5+1 countries (China, Russia, the UK, the US, France – plus Germany).