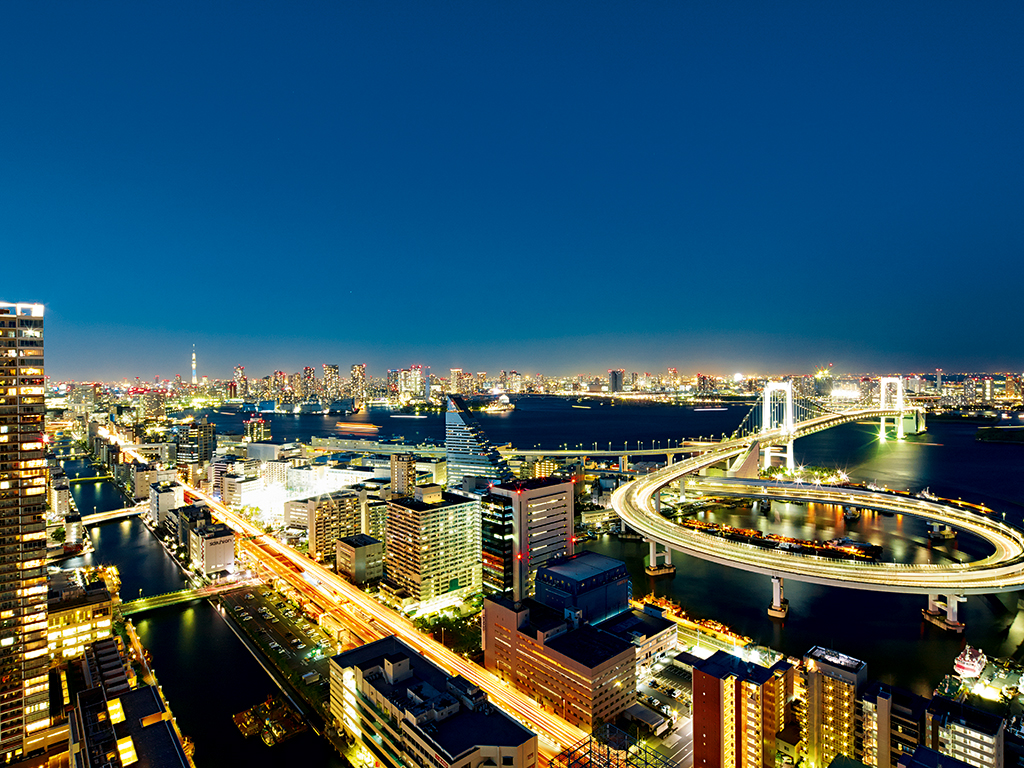 Tokyo at dusk. Nearly every internationally recognised Japanese firm has traded hands at one point or another through adult adoption

Very few investors are likely to be found queuing up to venture into a centuries-old family firm. After all, in most competitive economies, family control is unsustainable without any private benefits. Generally speaking, family heirs only partially inherit intelligence and business knowledge, while the burden of title birthright appears to do little more than deaden would-be talent and chase away ambitious managers. With those inherent disadvantages in mind, it’s little wonder family-run firms are a dying breed in most developed economies.

Yet, as always, Japan is bucking the trend. Not only are a third of Japanese corporations still family-run, but those family firms are outperforming professionally managed companies in virtually every way. Family firms in Japan boast higher profitability and market valuation, as well as higher growth in sales and employee numbers, than their rival companies. Upon closer inspection, it’s not hard to see why: Japanese powerhouses like Suzuki, Toyota and Matsui Securities have helped cultivate the nation’s corporate landscape by utilising the stability and longevity of their own names, which can effectively be used to sway investors and perpetuate sustainable growth. Against all odds, Japanese family firms are flourishing – and that is because family empires have been cheating fate by refusing to play the cards they have been dealt.

The number of generations who have passed the business down

Branching out
Every year, 80,000 adoptions take place across Japan. Yet, oddly enough, some 98 percent of the individuals adopted are highly intelligent men in their 20s and 30s. An age-old relic of Japanese primogeniture, the tradition of electing a mukoyoshi (or ‘adopted son-in-law’) sees highly-placed, business-owning families legally adopting a well-educated young man into the clan with a view to him inheriting the business later in life. Prior to the Second World War, civil code in Japan decreed family wealth could only be passed down through male lines. Tradition also dictated it must go to the eldest son. In households that boasted no male heir, this risk of losing one’s family assets fuelled a demand for adopted sons that could carry on the family name and business. The practice is no longer legally prescribed: however, in many parts of western Japan, it seems old habits die hard.

The practice often involves an arranged marriage if the family has a single daughter. In fact, such business marriages are so common it’s even a tradition in Edo and Osaka to celebrate the space that has been created for an adopted son-in-law upon the birth of a daughter. There’s an entire online dating industry in the country based upon finding a mukoyoshi, and each prospective son is highly scrutinised. Yet when a patriarch is able to locate a suitable candidate, the net benefits for his family business can be staggering: according to analysts at the National Economic Bureau of Research, incorporating fresh blood into a family firm can easily mitigate the typical pitfalls experienced by stagnating western family firms. Adopting highly qualified adults to head family businesses has the triple effect of displacing untalented blood heirs, eliciting better performance from managers who stand to be placed on a fast-track to ownership by becoming an adopted son, and encouraging proactivity among blood heirs who live under constant threat of being replaced by a ‘superior’ adopted son. These internal pressures to excel translate into serious investment dollars.

Fresh blood, fresh ideas
When asset managers are looking to invest in listed companies in Japan, corporate governance and issues of succession weigh heavily on a firm’s potential longevity. Yet evidence suggests that finding a mukoyoshi provides a feasible way for companies to bypass problems of weak shareholder rights in order to make decisive progression. Motor powerhouse Suzuki proves an apt example: in 1958, 28-year-old Osamu Matsuda made a decision to marry into the Suzuki clan. Osamu was simultaneously adopted by the family’s patriarch, took on the Suzuki name and joined the company’s board. Before long, Osamu Suzuki was appointed his new father’s successor – the fourth in an unbroken line of adopted heirs to serve as the CEO of Suzuki Motors. He had big ideas for the company: over the course of his tenure, the adopted Suzuki transformed the business into the top carmaker in the globe’s emerging markets. Since then, Suzuki has grown by leaps and bounds. Last year, the firm hit a milestone after reaching JPY1trn in domestic sales for the first time ever, helping rally investors behind major infrastructural investments in Indonesia and India, where it now owns thriving subsidiaries. In line with Suzuki tradition, Osamu even snubbed his own biological son by adopting a son-in-law and anointing him heir to the company’s top job – though the premature death of Suzuki’s new son shortly after he took control of the company forced Osamu to come back out of retirement.

Michio Matsui of Matsui Securities was also a mukoyoshi. Although hesitant to shed his family name in favour of that of his new patriarch, Matsui took the helm at his father-in-law’s brokerage business in 1990 and proved that all it takes to kick start an ailing family firm is a little fresh blood. Joining the family right as Japan’s economic bubble burst, the adopted Matsui quickly found himself up to his eyeballs in stiff international competition. In order to stand out, Matsui made the gutsy decision to focus all the company’s efforts on the then-experimental realm of online trading. By the time the Japanese Government realised the potential of online securities and chose to deregulate the market, Matsui’s business had already become a behemoth. Today, it is one of the world’s leading online brokerage firms. Matsui’s desire for the company to be constantly churning out innovative new products has meant the family firm always appears to be swimming against the tide: since last year, Matsui Securities has nearly doubled its revenues from JPY14.1bn to 27.4bn. Matsui’s bottom line has nearly tripled since 2013.

From Canon and Toyota to Kikkoman Soy Sauce, nearly every internationally recognised Japanese firm has traded hands at one point or another by way of adult adoption, and while some Western critics continue to scoff at the practice, its merits are difficult to ignore. The typical aptitude deficiencies that plague most family firms are virtually non-existent in Japan. If anything, the nation’s archaic tradition has helped build a better mousetrap. By injecting fresh blood into a centuries-old company, Japanese patriarchs are able to bypass the issue of knowledge gaps and can motivate managers with the prospect of fast-track success.

More importantly, the prospect of adoption serves to discourage blood relatives involved in a company’s day-to-day operations becoming complacent. Directors have been proven to invest more in human capital and pursue aggressive expansion routes that lead to higher investment and bigger dividends. That’s not to say the tradition is a fool-proof method for success: after all, the complex dating site algorithms and fantastic first impressions that lead to patriarchs adopting a new son can hardly protect a company from unforeseen external risks. Yet for all its peculiarities, there’s quite clearly a reason the tradition is still alive and well in Japan.