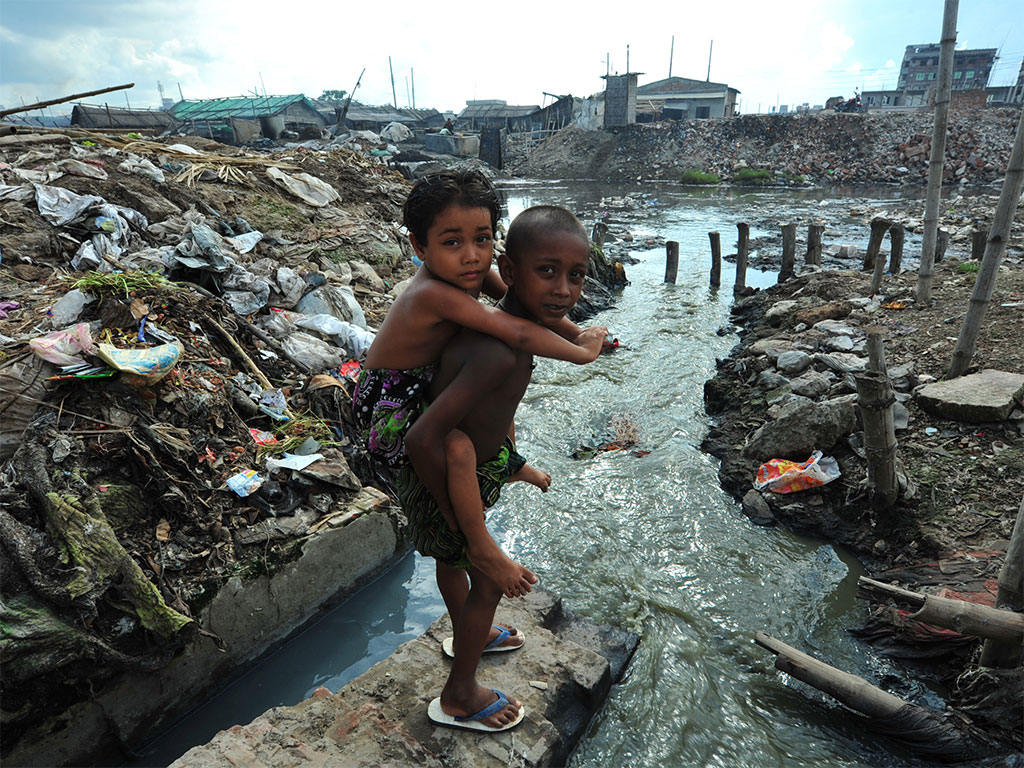 The West Java river supports upwards of 9m people, yet the fact remains that the supply has been muddied by industrial and domestic sources, who are together responsible for dangerously high concentrations of heavy metals in the region. The Indonesian government has recently embarked upon an ambitious $3.5bn plan to nurse the Citarum back to health in the coming years and improve the prospects of those affected. Indonesia’s share of Borneo has long been corrupted by Artisanal Small-Scale Gold Mining (ASGM) extraction processes, which expose the area to an excess of 1,000 tonnes of mercury a year. The trade makes up the main source of income for 43,000 locals, though the repercussions appear to be poisoning the region’s water supply – with one study finding that mercury levels are twice that of Indonesia’s drinking standard. The world’s northernmost city has, until quite recently, played host to the world’s largest heavy metals smelting complex, an achievement that is far from without sacrifices. Near on 1,000 tonnes of copper and nickel oxides, along with 2m tonnes of sulphur dioxide make their way into the atmosphere annually, which has succeeded in slashing the life expectancy of factory workers ten years short of the Russian average. Home to approximately 90 to 95 percent of Bangladesh’s 270 registered and so often out-dated tanneries, Hazaribagh is also subjected to 22,000 cubic litres of cancer-inducing toxic waste each day, much of which is deposited in the Burigana River. As a consequence, the district’s 185,000 or so inhabitants face a myriad of health issues, ranging from minor acid burns to terminal cancers. Dzerzhinsk’s roaring chemical industry has caused the city’s average life expectancy to plummet to 47 for women and 42 for men, as high concentrations of various toxic by-products have come to constitute a part of day-to-day life for some 245,000 inhabitants. Efforts have been made of late to restore some of the area’s destitute land and shut off out-dated facilities, though it will certainly take some time for the region to return to normality. The now infamous Ukrainian city of Chernobyl has ranked among the world’s worst polluted sites for near on three decades, after having fallen foul to one of the most disastrous nuclear accidents on record in 1986. Radioactive discharge remains well above recommended levels, as does the 19-mile excursion zone, which has been enforced to protect the millions of local people still at risk. The 200,000 plus inhabitants of Kabwe continue to suffer to this day as a result of past mining excesses. The city’s century-old lead mining industry has perpetuated environmental pollution for near on 90 years, so much so that the iron content in children’s blood levels overshoots recommended levels by as much as 1000 percent. Having said this, the mine is now closed and the Zambian government look set on remediating the issue. Since the late 50s, Nigeria’s landmass has been exposed to innumerable toxic expulsions, courtesy of the oil and hydrocarbons industry, and nowhere else can this better be seen than the Niger River Delta. On average, 240,000 barrels of crude are spilled in the river each year due in part to miscommunication, mechanical failure and various other factors.  The Nigerian Medical Journal estimates that the spillages could lead to a 60 percent reduction in household food security. Conservative estimates believe that as little as 40,000 people and as much as 250,000 are suffering as a direct result of fumes expelled at Agbogbloshie, West Africa’s second biggest consumer electronics waste processing site. Ghana is believed to generate some 129,000 tonnes worth of e-waste each year, only for the toxic chemicals exuded on combustion, namely lead in this instance, to be subjected to those in the surrounding area. An estimated 15,000 industries, chemical manufacturers amongst them, are spilling toxic waste into the Matanza-Riachuelo River Basin, laying waste to the surrounding lands and corrupting what remains a vital water supply for thousands of people. Recent studies have found approximately 12,000 locals to be living in districts deemed “unsuitable for human habitation.” However, a billion dollar programme funded by the World Bank is set to overturn some of the region’s enduring problems.