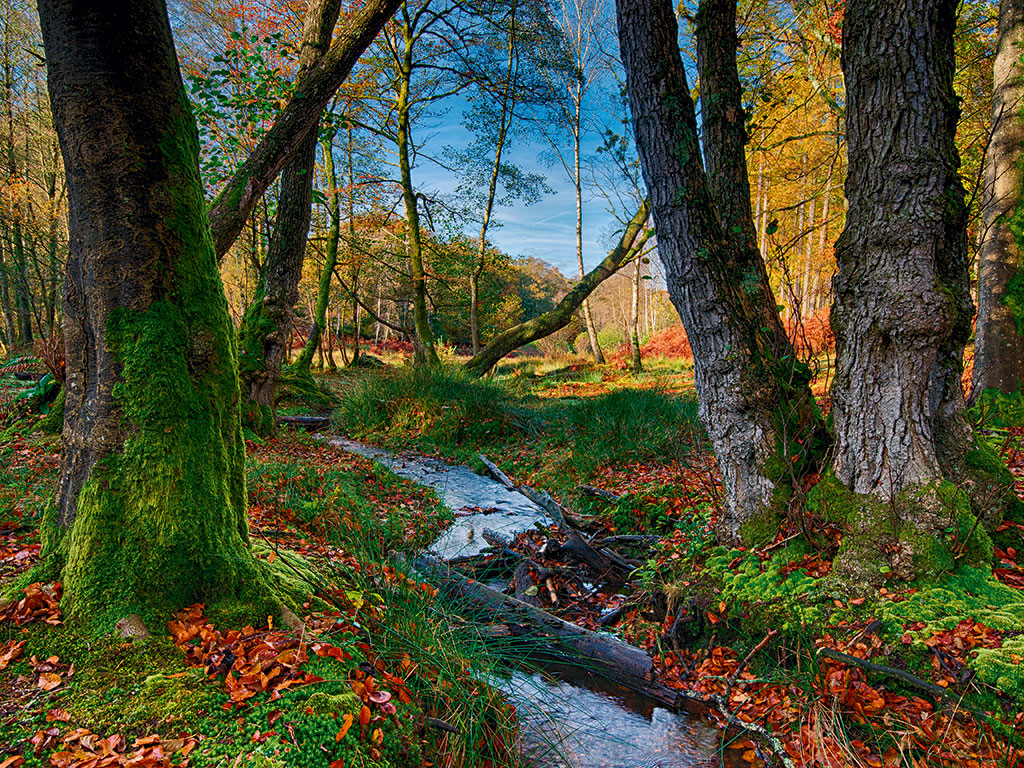 Sustainability often comes down to give and take - how much can businesses give back to the environment they rely on? Woodland carbon capture is a chance to plant more trees in a world that is cutting them down at an alarming rate

The business of carbon capture need not be an altogether grey affair, but rather one that incorporates that rarest of colours when speaking of carbon emissions – green. Pictures of pollution are often characterised by the fog of factory smoke and the inky black of oil – so much so that we forget woodlands constitute a vital component of the carbon cycle, as well as an effective means by which businesses can offset emissions.

Woodlands possess a natural ability to extract carbon dioxide from the atmosphere, curbing emissions in the process. While it’s true the science of climate engineering – of which woodland carbon capture plays a small part – more often looks to the ocean depths or else the skies above for the purpose of locking in carbon, woodlands remain an effective means to that same end.

The science is as simple as could be: trees capture carbon dioxide and store the carbon as organic matter, thus reducing emissions. This is an attractive solution for businesses that wish to ramp up their sustainability drive.

Granted, the business of woodland carbon capture falls short of a solution in itself, but it is most certainly a cost-effective and competitive means of combating climate change. This is provided consumers and businesses alike exhibit a willingness to look beyond the near term.

A long-term solution
One company that offers an answer to environmental concerns is the Carbon Tree, which marries carefully selected businesses and landowners to form a mutually beneficial carbon capture partnership. The premise is companies – who in return are granted the rights to the carbon captured over the project’s lifetime – will finance parties interested in planting new woodland.

“By creating carbon finance and encouraging more landowners to plant new woodland, we are committed to make a real and measurable impact in supporting the move towards a low carbon economy,” says the organisation’s founder Tom Riley.

“I believe forward thinking businesses realise the government will impose tighter regulations on private sector emissions, leading them to embrace change and implement a green culture now, early enough to allow it to grow organically, rather than having to adopt one at the last minute.”

The service is one that has arisen in light of a growing concern with how businesses are affecting the environment. It is far from alone: like-minded organisations such as Forest Carbon also work towards mitigating the impact of greenhouse gas emissions.

“I think the idea that running your business sustainably – and restoring in some way what you take out of the environment – is inarguable for most people,” says the organisation’s director, Stephen Prior. “And since businesses are not all faceless – they’re run by people, and people love trees – a carbon woodland fits the bill.”

Having said that, the problem with this method is it takes some time for the project to mature – a factor that is serving to dissuade a number of businesses from participating in the scheme. Currently, the real value of a Woodland Carbon Unit (WCU) only comes once the trees are grown and classified as a WCU. Up to that point, they are considered Pending Issuance Units. Herein lies the biggest issue with woodland carbon capture: namely that the current complexion of the environment permits very little in the way of time.

Corporate culture
The fact it takes decades for woodland to grow should serve as a sobering lesson for businesses: it takes time to reap sustainable rewards. Businesses are plagued by a culture of short-termism, which leads them to believe woodland carbon capture is far from viable.

“Sustainability takes time,” says Riley. “Plant trees now. Sure, they might not provide a ‘guaranteed eight percent plus ROI’ type seal of approval, but if we can find a way of making woodland carbon capture a viable option today, future generations will look back on our decisions fondly.”

The solution to environmental pollution lies not with token gestures of goodwill, however significant they may be, but in redefining the longstanding cultural foundations on which big business is built.

The fact it takes decades for woodland to grow should serve as a sobering lesson for businesses: it takes
time to reap
sustainable rewards

“Businesses should not see profits and their environmental and social responsibilities as conflicts of interest, and with intelligent strategy, ethical businesses can unlock huge value when adopting a sustainable model,” says Riley.

While it’s easy to see immediate profit-bearing potential as the single-most gauge of success, cementing a firm base on which sustainable gains can be built is far more important in fostering long-term success. This is not to say profits aren’t integral to success – far from it – but they should not come at the expense of the future.

Consumer consciousness
In addition to the long-term benefits to be gained from woodland carbon capture, there exists a wealth of brand value to be extracted by engaging with environmental initiatives. Customers now possess more power than ever before, and, in an economic climate wherein marginal gains can make the difference between success and failure, cementing a strong brand identity is key.

“Businesses strive to set themselves apart and I think they are themselves realising opportunities to display uniqueness by taking actions that go above and beyond what is expected,” says Riley. “To grab the attention of consumers simply by shouting is great, but actually getting their hands dirty and doing something that is worth shouting about, that will unlock true value.”

Recent years have seen corporations take far more responsibility for the welfare of the communities in which they work, and environmental initiatives take centre stage. A commitment to matters apart from financial returns and a focus on issues that affect the population at large is something consumers today consider when opting for one company ahead of another.

“Awareness of the importance to us all of the health of the environment is now, thankfully, much more prevalent: from lessons in school, to recycling bins, to flooding and tracking in the news, the information is there,” says Prior. “A business works with the extra layer of consciousness that consumers don’t, namely CSR and reputation. But despite this, the partners we work with are driven less by PR but rather a genuine desire to ‘make a difference’ to the environment.”

Although woodland carbon capture may appear secondary to the profit-making concerns of business, it is in fact vital in building a strong brand identity and in communicating to consumers that the organisation in question is concerned with matters apart from profits. The benefits of woodland carbon capture might not be as immediate as financial returns: but that’s not to say they are any less valuable