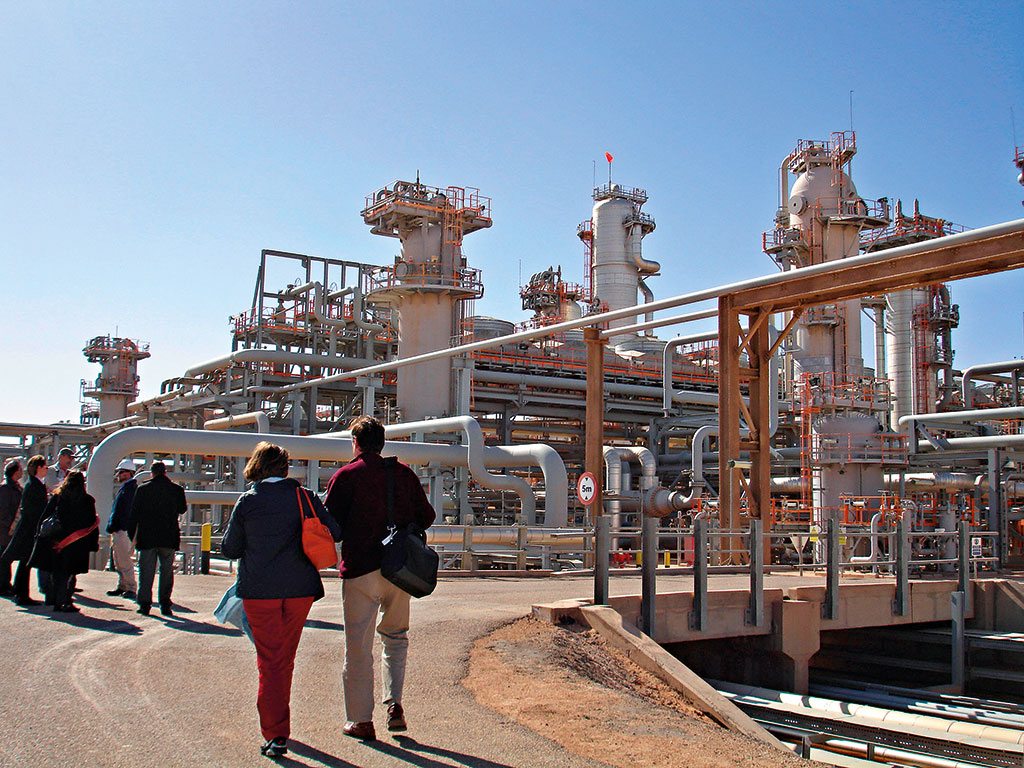 A gas treatment plant in Algiers. At the moment, natural gas is cheaper than, and just as ‘clean’ as, CCS

In 2006, Norway’s then-prime minister Jens Stoltenberg loudly proclaimed carbon capture and storage (CCS) would be his country’s equivalent of the “Moon landing”, and ploughed billions of kroner into a plan to greatly reduce man-made emissions in that way.

Though often hailed as a leading method in the fight against climate change, CCS has time and again failed to deliver on its promise, perhaps most dramatically in 2013, when Norway called an end to its moonshot. After the country spent a mammoth $1.2bn on projects at Kårstø and Mongstad, and hundreds of millions more on research, the Norwegian Government was effectively forced to pull the plug on its large-scale carbon-capture plan, and in doing so curb mounting enthusiasm for CCS.

Project overruns were one thing, but the eye watering costs associated with the technology proved to be the final nail in the coffin – not just for Norway but also throughout the EU and US. The sad truth of the matter is investment in CCS has failed to get off the ground for nigh on a decade, and will continue to struggle for as long as cheaper options are available.

“The technology could – if governments commit to specific policies – account for nearly one fifth of the emissions reduction required to cut GHG emissions from energy use in half by 2050”, said an optimistic International Energy Agency (IEA) in 2012. However, the considerable doubts expressed in the same report have grown over the last three years, and many experts have been quick to label the technology – or at least the couple of dozen projects dedicated to it – a disappointment.

CCS projects in the planning stage

IEA target for operational plants by 2020

Despite this, a commitment now could restore CCS’ credentials on the global energy stage and save countless coal plants from closure. Speaking on whether the technology has fallen short of its promise, Paul Fennell, Reader in Clean Energy at Imperial College London, gave a firm “No. The technology works as well as anyone could hope – it is fairly basic engineering. What has failed has been global appetite to do anything about climate change”.

With rosy predictions for CCS still in place, and targets for the near future not yet out of reach, optimists are betting on the backing of industry and government to jolt this dormant technology into action.

“As long as fossil fuels and carbon-intensive industries play dominant roles in our economies, CCS will remain a critical greenhouse gas reduction solution”, said the IEA’s Executive Director, Maria van der Hoeven. “After many years of research, development, and valuable but rather limited practical experience, we now need to shift to a higher gear in developing CCS into a true energy option, to be deployed in large scale.”

Failed projects
Analysis conducted by Simon Evans and Rosamund Pearce of the Carbon Brief showed that, as of the end of 2014, there were 22 CCS projects either in the operational or construction phase. Going by IEA estimates, the number of operational plants must reach 30 and capture 50 million tonnes of CO2 by 2020: a target that is not altogether unreachable, given there are another 34 projects in the planning stage. Less achievable is the mid-century target of 7,000 million tonnes, which looks to be all but a pipe dream unless the political and corporate will to curtail emissions grows bolder.

The premise of the technology is simple, and so too are its attractions: the process of carbon sequestration strips CO2 from fossil fuels before or after they are burnt and pumps it back into the ground. Professor David King, former UK chief scientist, called it “the only hope for mankind”, and a string of academics have made similarly ambitious claims about the technology, only to come away feeling short-changed.

Asked whether he thought CCS would play a major part in the fight against climate change, Fennell said: “Without it the cost of decarbonisation is more than twice as much.” He said there were widespread cost overruns and delays “because the world is not serious about decarbonisation yet – if it were, there would be a sufficiently high price on carbon emission that would allow the support of CCS via an efficient market mechanism”.

The Kemper County Energy Facility in Mississippi encapsulates much of that which has kept CCS from going mainstream. Three years behind schedule and almost three times over budget, even those responsible for getting the project off the ground have expressed doubts about its viability.

Utilities eyeing the Kemper project are unlikely to acquire a taste for CCS, with renewables and low carbon alternatives showing themselves to be both cheaper and more accessible. Essentially, the two-thirds reduction – in the case of Kemper at least – equates to approximately the same emissions reduction as switching to natural gas, and there are few – if any – justifiable reasons operators would chose CCS over the more mature and cheaper alternatives.

Encouraging adoption
Those optimistic about the technology’s future, meanwhile, insist a string of failed projects allow latecomers to succeed where others have not, now the data from early-stage experiments is more readily available and some of the more obvious mistakes ironed out.

Professor David King called CCS “the only hope for mankind”

A great deal of enthusiasm should also be gained from Saskatchewan’s Boundary Dam, which last year became the world’s first full-scale CCS facility to enter into the operational stage. Speaking about the project, Brad Wall, the Premier of Saskatchewan, said: “There is only one way we can square this circle of slashing greenhouse gases, while ensuring economic growth continues, and a big part of that, absolutely, is CCS.”

Boundary Dam was born largely as a result of emissions caps imposed on coal plants; plans to do much the same in the US and Europe could pave the way for future projects, giving CCS the impetus it needs. Despite much of what has been said about the process, the issue lies not with the technology itself but the failure of governments to introduce a system in which polluters are appropriately penalised for their contributions.

Once those caps come into play, operators will likely show much more enthusiasm for the technology, and an ability to reduce emissions – and in turn financial penalties for exceeding the cap – might be reason enough for plant operators to invest in CCS. For now, at least, the incentives are not enough to warrant the investment.

The fact remains that fossil fuels still constitute a considerable chunk of the global energy mix, and, for as long as this is the case, CCS has a part to play in slashing emissions. Utilities might struggle to see the benefits here and now (and understandably so), but once the issue of carbon pricing is appropriately accounted for, governments and corporations alike could be looking at making a huge saving from CCS.