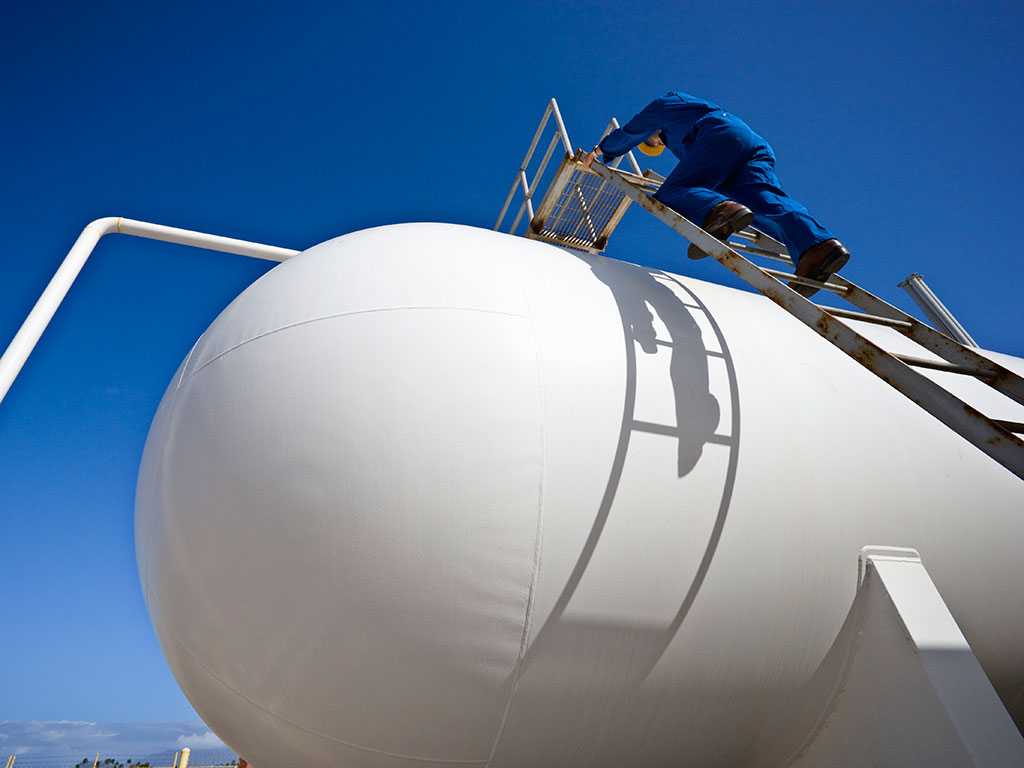 A worker climbs a liquid propane gas tank in Hawaii. The US' exports of propane gas have climbed in recent years

While the recent shale boom has turned the US from a net importer of oil to a net exporter, the boom in shale technology has led to a surge in US propane gas exports. Figures from the US Energy Information Administration show that February 2016 saw the country export 884,000 barrels per day – the highest figure on record – while yet-to-be released data for May 2016 is tipped to show further record-breaking export figures.

US propane exports took a slight dip in the months following February’s record figure, down to 673,000 per day in March, before rising again to 700,000 in April. The trend, however, is clear: the US is becoming an ever-more important exporter of propane gas. While January 2011 saw the US export 127,000 barrels per day, more recently the US, with only the occasional ebb, has seen near-constant year-on-year increases in its propane exports.

According to the Wall Street Journal, which cited the analytics provider IHS Inc, US oil and gas producers are “on track this year to export more propane than the next four largest exporting countries combined – OPEC members Qatar, Saudi Arabia, Algeria and Nigeria, which have long dominated the trade”.

While data for May is not yet available, experts are predicting that the export figures for propane will yet again be record-breaking. The boom in propane exports is a side effect of the boom in shale technology, as propane gas is a by product of natural gas drilling and the process of refining crude oil. As a result, propane has been in abundant supply.