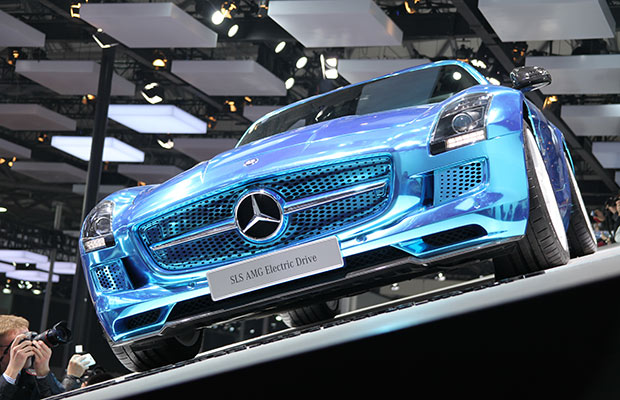 From Tesla to Twizy, the past decade has seen some impressive developments in electric cars. As pressure to reduce emissions continues to intensify, the field is expected to be the focus of further investment and innovation.

In the meantime, here are five of the best electric cars currently on the market. Which model would you choose? At £85,000 the Model S does not come on the cheap, however, the vehicle’s best-in-class performance and tech have cemented its standing at the top of the pile since its release in August 2013. Moreover, the car’s impressive lithium ion battery at full-charge can take it some 300 miles. Starting at £20,990, the Nissan Leaf was one of the first electric cars on the scene on its initial release in December 2010. The British-built machine has since been improved upon in various departments, not least its range, which has been upped from 109 to 124 miles. The i3’s cutting edge design and carbon fibre build means it looks like no other vehicle on the market, and at £30,680, BMW’s machine is extremely competitive price-wise. However, the i3’s 120-mile range, at its most efficient, falls short of its closest competitors. At £6,690, the 91-inch long, single-seat Renault Twizy is legally classified as a heavy quadricycle and offers an alternative to the conventional car build. Despite a measly range of 62 miles, the Twizy was the best-selling plug-in electric vehicle in Europe through 2012 and appeals predominantly to young consumers. The £300,000 German-made machine remains the fastest electric car to lap the Nürbuhring to date, with a time of seven minutes 56.234 seconds. The car is the electric counterpart to its Mercedes-Benz SLS AMG equivalent and boasts many of the same features, amongst them being vertical-opening gullwing doors.