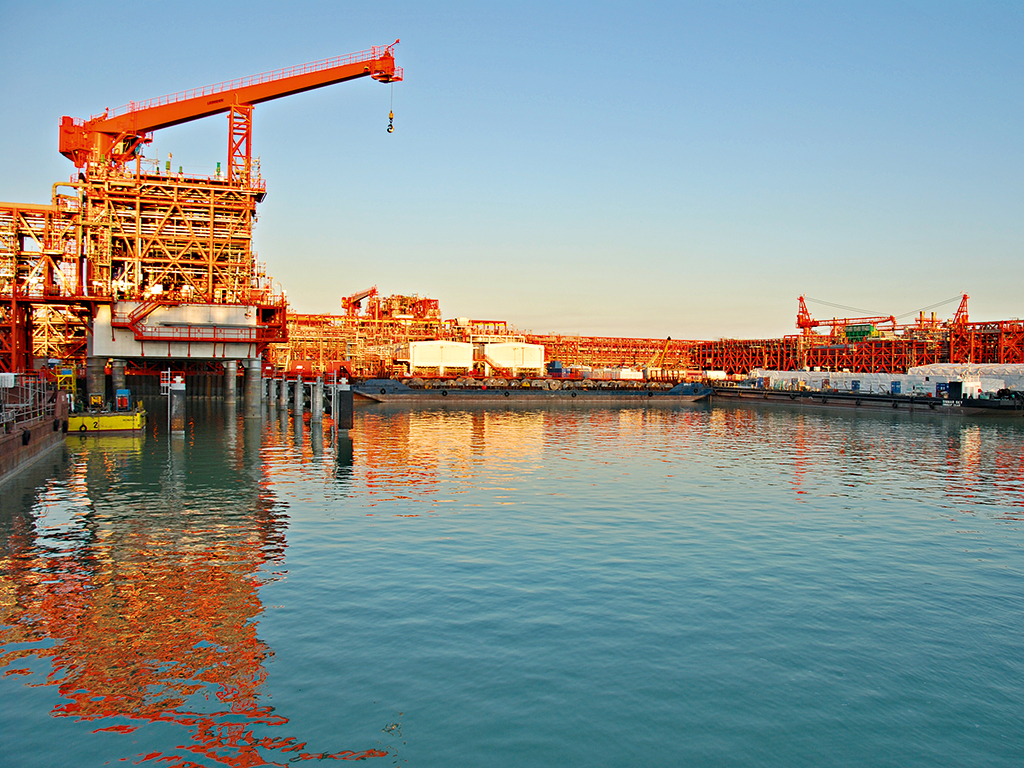 A port on the Kashagan oil field. The project has taken 20 years so far, and cost $30m, but failed to make decent returns

It could be a humorous riddle: what has taken 10 oil companies 20 years and $30m but has yet to yield the prophesied returns? Why of course, it’s the fabled Kashagan oil field; the chagrin-inducing mega-project that continues to embarrass companies and flush their cash down the Caspian Sea. The project, once sold as the biggest oil development in the world, now seems to be nothing but a risible series of mishaps and fiascos.

When the Kashagan reserves were discovered deep under the Caspian Sea, it was speculated that the fields could be the largest in the world outside the Middle East. It was no surprise that so many big players in the oil and gas industry seemed keen to get involved. The offshore reserves were discovered in 2000, off southwestern Kazakhstan; it was said at the time that output from the Caspian Sea could be comparable to that of the Ghawar field in Saudi Arabia.

It was swiftly picked up by an international consortium of 10 big players, led by Shell, Exxon Mobile, Total, Eni and Kazakh state-run oil company KazMunaiGas. Between them and their partners, the companies fleshed out a plan to develop Kashagan by 2006, with Eni taking charge in the first phase of the development.

Size of the oil field

Recoverable barrels of oil in the field

Projected costs were around $57bn, to be split between the interested parties; exploring the five underwater fields was always likely to be a gargantuan task. The bigger oil companies would combine their expertise to build a number of artificial islands in the northern part of the Caspian, close to Atrayu in Kazakhstan. In an area of over 5,500sq km, five separate fields were predicted to deliver up to eight million barrels of oil a year, when running at capacity.

The artificial islands are organised around the main Island D, a large structure connected to 12 oil wells through underwater piping. Oil and gas are produced simultaneously, and delivered to the shore through a 92km-long pipeline. The project was nothing if not ambitious; it was estimated initial production would yield up to 370,000 barrels of oil per day, rising to 1.5 million barrels a day.

But the best-laid plans can go spectacularly wrong, and the once so promising Kashagan development has been haemorrhaging money since ground was broken. The 2005 deadline for initial production came and went, and still there was no sign of oil. The project was always designed as a partnership with the Kazakh government, and both sides have systematically blamed one another for the delays and failures. As of 2014, the project is eight years behind schedule and $30bn over budget – and there is still no end in sight.

The blame game
Neither the consortium of oil companies nor the Kazakh government is willing to accept responsibility for the problems Kashagan has faced. Total et al accuse the local officials of holding back key decisions that have put the project far behind schedule: the Kazakhs blame the consortium for the miles of leaky pipeline that forced the most recent halt in production. Essentially, after 20 years and close to $90bn, the consortium has achieved little more than building the world’s most expensive plumbing problem, as The Wall Street Journal recently described the project. But with an estimated 13 billion recoverable barrels on the table, neither side is willing to back off.

The site opened fleetingly in 2013 before the leaky pipeline forced it shut again. Now, in a completely predictable turn of events, further investigations have revealed the gas pipes connecting the islands to the shore will need to be completely replaced, adding at least another two years and countless dollars to the already overstretched affair. The cracks have been caused by the corrosive nature of the hydrogen sulphide found in the natural gas. As of yet, there are no plans to solve this issue. Before being shut down, Kashagan was yielding fewer than 75,000 barrels a day – much less than expected. The fact the corrosive gas was not detected earlier, after almost a decade of building, is nothing short of astounding.

Shale boom
There is nothing to say that, when Kashagan finally starts yielding results, it will not eventually pay for itself, given the price per barrel of oil has increased dramatically in the 20 years the project has been under development. But the recent rise in popularity of alternative fossil fuels, including shale gas, has shone a light on the many shortcomings of mega-projects such as this one.

Though costs vary from region to region, a shale gas well can be drilled in Louisiana for as little as $8m, and the investment can be recouped very fast, according to The New Orleans Advocate. Shale gas is much cheaper than oil per cubic metre, but it is relatively inexpensive to extract and easy to transport. According to the US Energy Information Administration, oil and gas production in the US surpassed that of Saudi Arabia last year. The US has so far enjoyed the majority of the spoils from the so-called shale boom, but other countries, such as the UK and China, are scrambling to get in on the action.

But the shale gas industry is still adjusting to its new scale and influence, and it is unclear how the oil and gas markets will adapt to an energy-sufficient US in the long run. It is also unclear if shale exploration in other countries can ever be as successful as it has been in North America. Still, developments such as Kashagan are likely to become a thing of the past, as investors look for cheaper, easier places to put their money.

What hope remains
Kashagan might be an outdated, unworkable model, but far too much has been invested already for the companies involved to simply cut their losses and get out. Exploring Kashagan will always be a challenge; the wells are deep under the sea, and under immense pressure. The region has an inhospitable climate and ice sheets form and drift around the northern Caspian, potentially damaging equipment. At one time, it was thought the volume of recoverable oil and gas in the five underwater fields was worth the costly investment and the hassle of exploration. That remains true, especially as constraints in the global oil market have kept demand and prices high despite the shale boom.

For the time being, the consortium of interested parties has no choice but to plough through, face up to its own previous mistakes, and try to make the best of a comically bad situation. But when Kazakhstan’s Minister for Economy and Budget Planning tells The Financial Times that “it is better for us to manage this situation well and it will not come back again for such problems in the future”, it seems both foolishly optimistic and wildly unlikely that he will get his wish.