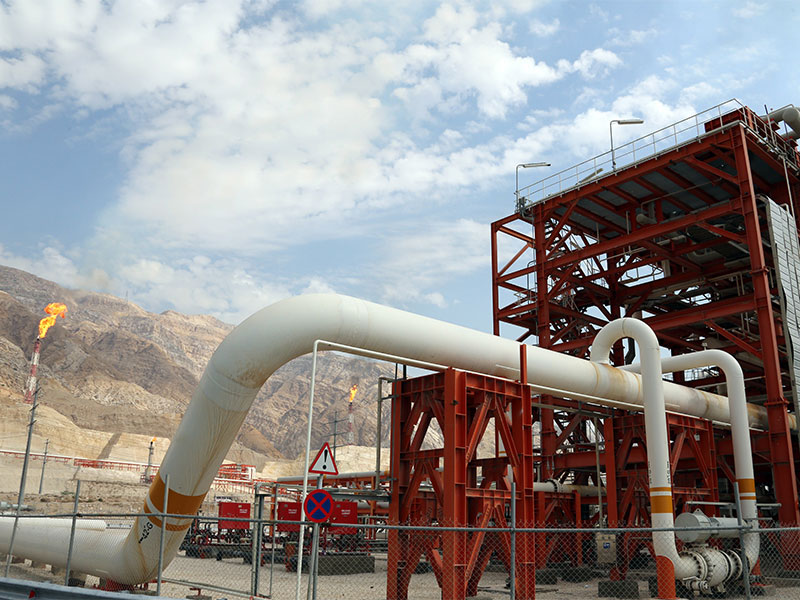 Gas works at South Pars, where Total has agreed to invest a significant amount

A consortium led by France’s Total is today set to sign a multi billion-dollar contract to develop an Iranian offshore gas field, in what will be the country’s first major energy deal since sanctions were lifted in 2016. French energy giant Total will take a 50.1 percent stake in the $4.8bn project, while China’s National Petroleum Corporation (CNPC) will own 30 percent, and Iran’s Petropars the remaining 19.9 percent.

“The international agreement for the development of phase 11 of South Pars will be signed on Monday in the presence of the oil ministry and managers of Total, the Chinese company CNPC and Iranian company Petropars,” a spokesperson from Iran’s oil ministry told AFP.

Total initially signed a preliminary deal with Iran in November 2016, but the agreement has since been delayed

Total initially signed a preliminary deal with Iran in November 2016, but the agreement has since been delayed, as the French company waited to see how the Trump administration would approach relations with Iran. While Trump has long criticised the international response to Tehran’s nuclear programme, his administration has continued to approve sanctions waivers, allowing deals with Iran to go ahead. However, the White House is now in the midst of a 90-day review on whether to uphold the nuclear deal, with some cabinet members showing support for Trump’s campaign pledge to renew sanctions on Iran over its nuclear activities.

The offshore South Pars gas field is Iran’s section of the world’s largest gas deposit, which it shares with Qatar. The site was first developed in the early 90s, and has often been the focus of bitter dispute between several Gulf nations.

The deal will mark Total’s return to Iran, where it focused much of its business before international sanctions were imposed in 2006. Iran has the second-largest gas reserves and the fourth-largest oil reserves in the world, making it an extremely attractive investment location for energy companies.

As part of the agreed 20-year project at South Pars, the offshore field will receive 30 new wells and two well-head platforms, with Total pledging to invest an initial $1bn for the first stage of the project. Upon completion, the field will supply Iran’s national grid with 50.9 million cubic meters of gas per day.