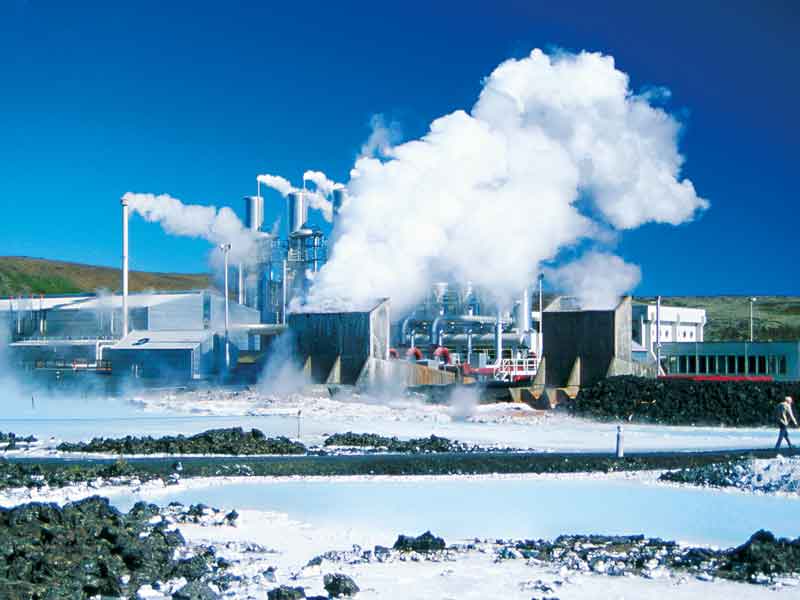 As renewable energy is increasingly used around the world, geothermal sources have started to gain ground in the field. A clean energy solution with further advantages for the environment, its as-yet-unrealised potential presents multiple opportunities for individuals and businesses.

Energy independence
By the mid-20th century, Iceland was one of the poorest countries in Europe. Without any resources of its own, it had no choice but to import fossil fuels for heating houses. The future was gloomy for a nation with a sparse population living on an island totally dependent on fossil fuels.

It took decades, but Iceland finally got rid of the burden, becoming a pioneer in the energy field by developing a self-supply matrix of renewable sources. This was the result of a process of trial and error, during which the country learned how to take advantage of its geothermal resources. Over the years, Iceland expanded its scope to hydropower from glacial rivers.

Now, the discussion is centred on whether Iceland can take the next step and become an exporter of renewable energies. This is especially important today, when the world is seeking solutions to curb pollution.

An example of the cooperation needed to make further progress in this field comes from China, where, working together with Iceland, cities were able to reduce their carbon footprint and clean the ambient air while implementing district heating.

Despite the proven advantages, geothermal power generation is still under-exploited. Although in the last few years it has gotten increased attention, the industry needs a better understanding of its possibilities to make full use of its benefits.

Reaching full potential
In 2014, direct use of geothermal energy around the world was estimated at 70.3GWth (gigawatts thermal), growing at an annual pace of 7.7 percent. Based on available resources, geothermal energy could grow up to 210GW (gigawatts), though this figure could be multiplied by five or even 10 considering the potential of hidden resources.

Worldwide, geothermal energy has a much larger potential as it currently contributes, at 13.4GW, only 0.56 percent of the total power generated by renewable sources.

The fact is that this renewable source has been growing at a slower pace compared with other types, such as wind and solar. The reason for this lies in the nature of these resources: drilling deep wells to access a geothermal reservoir requires a big investment with considerable risk.

But this long-term investment has offered returns and, moreover, as geothermal energy’s multiple uses have been revealed over time, a diverse portfolio of other related revenue streams. In addition, until now, the main focus has been on power generation, forgetting the low-hanging fruits: district heating.

Now, the industry is taking steps towards the development of international standards and a legal framework to harness geothermal resources. The sector also looks forward to cooperating with oil and gas companies to speed up development.

Barriers, challenges and business opportunities will be the main topics to be addressed in the fourth Iceland Geothermal Conference, which the country will host in April 2018. Ultimately, Iceland is working to unleash the full potential of geothermal energy.