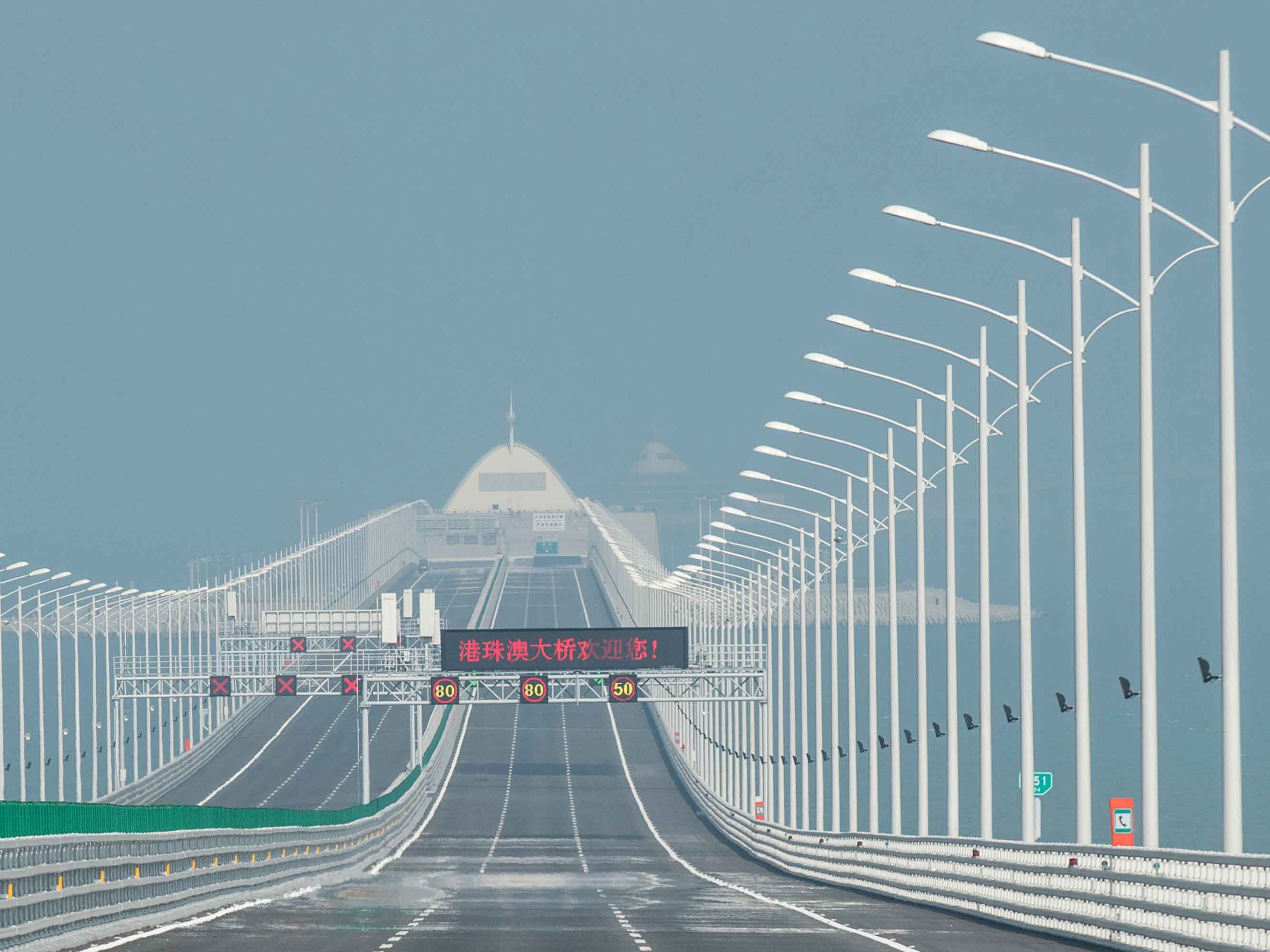 The $20bn bridge is part of a larger initiative by Xi to create a ‘Greater Bay Area’, which aims to connect the gambling hub of Macau and Hong Kong’s financial centre with the western reaches of the Pearl River Delta to create a $1.5trn ‘mega-region’.

Vice Premier Han Zheng said in a speech at the opening ceremony: “We firmly believe that the opening of this bridge will further develop the special advantage of Hong Kong and Macau.”

Shuttle buses and trucks will be allowed to use the bridge from October 24. Foot and cycle traffic is prohibited, while private vehicles will have to obtain a special permit to cross.

The bridge was first proposed in the late 1980s, but was opposed at the time by the British Government amid concerns that it would bring Hong Kong – which was at the time a British colony – closer to communist China. After Hong Kong returned to Chinese rule in 1997, the initiative was given the green light.

Construction of the bridge began in 2009 and was scheduled to finish in 2016, but was delayed as a result of budget and safety concerns. At least 18 workers died during the building process, officials have claimed.

Some critics have voiced concerns that the bridge may make Hong Kong more subservient to China, as the country has attempted to exert more control over its semi-autonomous neighbour in recent years. Hong Kong authorities, however, have quelled concerns by claiming that the initiative will consolidate its position as a regional aviation and logistics hub.

The bridge is located in the southern economic powerhouse of Guangdong, a key growth region for China that accounted for $1.42trn of annual GDP in 2017.

Many media commentators have noted the symbolic date of the bridge’s opening, which marks 40 years since the launch of significant economic reforms in China that transformed the economy from centrally planned to market-driven.