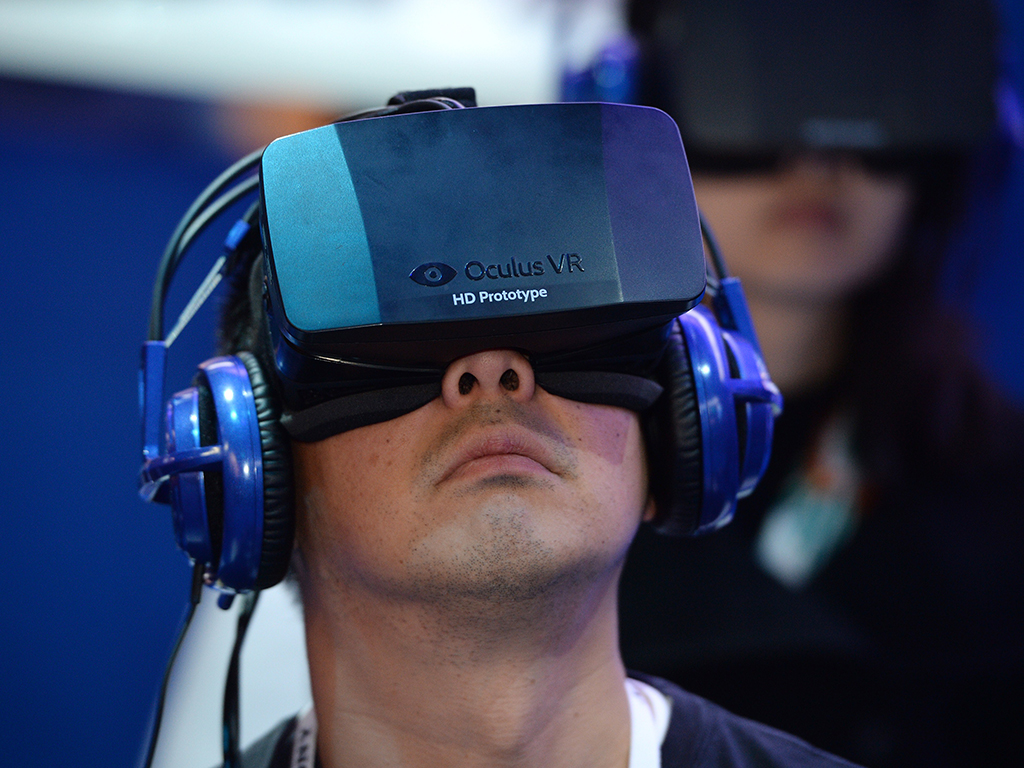 A man wearing Oculus Rift glasses. Virtual reality is set to transform a multitude of industries such as education, healthcare and architecture

Virtual reality is synonymous with gaming. When most people think about it, their mind conjures up a YouTube clip where someone with an Oculus Rift strapped tightly against their face oohs and aahs as they are blown away by the visual feast on display in games such as Skyrim – but there is much more to it than that. There have been significant developments in its technology, and the excitement that surrounds it should not be limited to gaming enthusiasts. Professionals in education, healthcare, architecture and engineering are all benefiting from the ‘VR’ renaissance, and we should all be taking an interest in the direction this technology is taking.

Two thirds of the human brain is dedicated to visual processing, which means our ability to learn is greatly improved when we are able to see and interact with the subject we are studying. With VR, users are able to explore a wide array of virtual environments, allowing them to view and interact with objects – and even other people – within a three-dimensional space. As the technology develops it’s going to become an increasingly immersive experience, changing the way we think, learn, work and play.

Gaming may be the driving force behind VR, but innovation in that sector is going to push development forwards
in others

Beyond video games
If you have ever seen someone play a video game, you may have been frightened by the zombie-like expression on their face – but it is simply the look of someone exhibiting complete focus. While teachers can struggle to keep students engaged, VR technology gives both children and adults the opportunity to participate in subjects ranging from history to the sciences in a truly visual way. The Giza Project makes this possible: the software it has developed allows users to explore the pyramids of Egypt in immense detail and, with Palmer Lucky (founder and co-inventor of the Oculus Rift) considering giving free Rifts to educational institutions, students could soon explore everything from virtual solar systems to ancient Rome from the safety of their classrooms. While people may laugh at the idea of incorporating VR into schools, this kind of innovation is just what the education system needs: today’s schoolchildren have grown up with technology and they love it, so why limit their learning to whiteboards and textbooks?

Education isn’t the only sector set to benefit from VR: many businesses are already reaping the rewards. Computer Assisted Virtual Environments – in which individuals are surrounded by projectors aimed at several walls to create fully rendered 360-degree computer-generated worlds – are a great tool for companies in the engineering sector. Car manufacturers use them as part of the design process as they allow products to be tested in real world environments without the need for physical prototypes. The opportunity to walk through a fully 3D-rendered plan of a building is a real advantage for not just builders and architects, but prospective investors too. VR systems are such a powerful tool for businesses due to the way they bring data to life: Microsoft PowerPoint presentations, no matter how well they are put together, are never going to represent information in the tangible, physical way VR can.

Virtual salve for real wounds
While businesses have seen the advantages of the technology, the biggest adopter of VR is healthcare. It uses it in a wide range of applications, including surgery simulators, skills training, and even treatment of post-traumatic stress disorder (PTSD). Surgeons use the technology to train without a cadaver, and it is particularly useful in practicing keyhole surgery. VR’s ability to render realism is its key strength: it is why the ‘Virtual Iraq’ system, which is used by soldiers suffering from PTSD, is so effective. The system surrounds soldiers with familiar sights, sounds and even smells to let them confront their fears in a controlled environment, allowing symptoms of their disorder to lessen over time.

Gaming may be the driving force behind VR, but innovation in that sector is going to push development forwards in others, helping to make the technology cheaper and accessible to a wider audience. Assertions that this is just another fad, similar to the one experienced in the 90s are wrong. The video games industry is investing a lot in VR, convinced that it is here for the long haul and that its wider applications are going to continue to benefit our world.