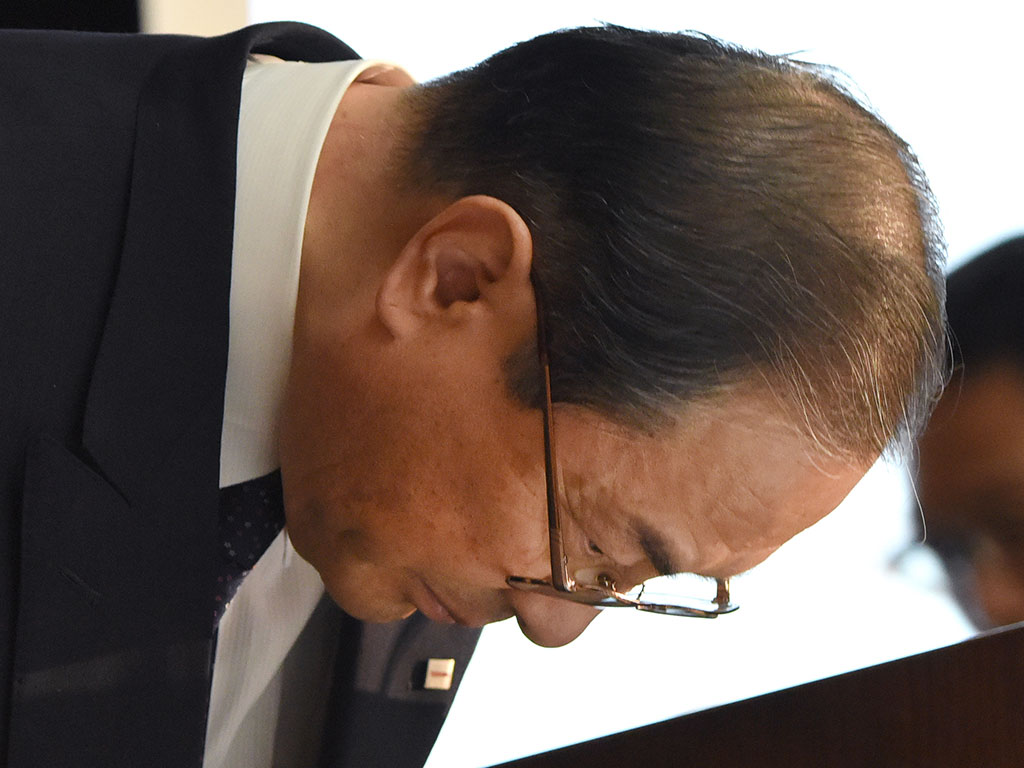 Masashi Muromachi, President of Toshiba, bows at a press conference where he announced his company was cooperating with US authorities in an investigation of its accounting practices

Toshiba has announced it is cooperating with the US Department of Justice and the Securities Exchange Commission in an investigation of the firm’s US businesses following last year’s revelations about its poor accounting practices. It did not say which US subsidiaries were under investigation, but cited an “accounting problem” as the reason for the information request. Toshiba also announced it would be cutting a further 3,000 jobs as it streamlines its business, bringing its total number of planned job losses to 14,000.

Toshiba inflated its profits by JPY 151.8bn over a period of several years

The Japanese conglomerate has been under heavy scrutiny since audits last year revealed it had inflated its profits by JPY 151.8bn over a period of several years. Toshiba’s then-President and Chief Executive Hisao Tanaka, Vice Chairman Norio Sasaki and advisor Atsutoshi Nishida resigned after it was revealed they pressured business heads to manipulate figures. Japan’s Securities and Exchange Surveillance Commission imposed a YEN 7.37bn fine on the company in December.

Since the scandal, the company has been restructuring and selling off some of its divisions. This week, Canon agreed to purchase the Toshiba Medical Systems arm, and a preliminary deal was struck for the sale of the consumer electronics business to Midea. Toshiba also announced it was looking at whether a write-down was needed for its US-based nuclear arm Westinghouse. It acquired Westinghouse in 2006, but nuclear power’s popularity has since fallen dramatically, with many countries freezing their nuclear expansion plans in the wake of the Fukushima disaster.

Toshiba is expecting a financial loss this year of YEN 710bn, due to declining demand across all arms of its business, but expects to be profitable again in the next financial year.