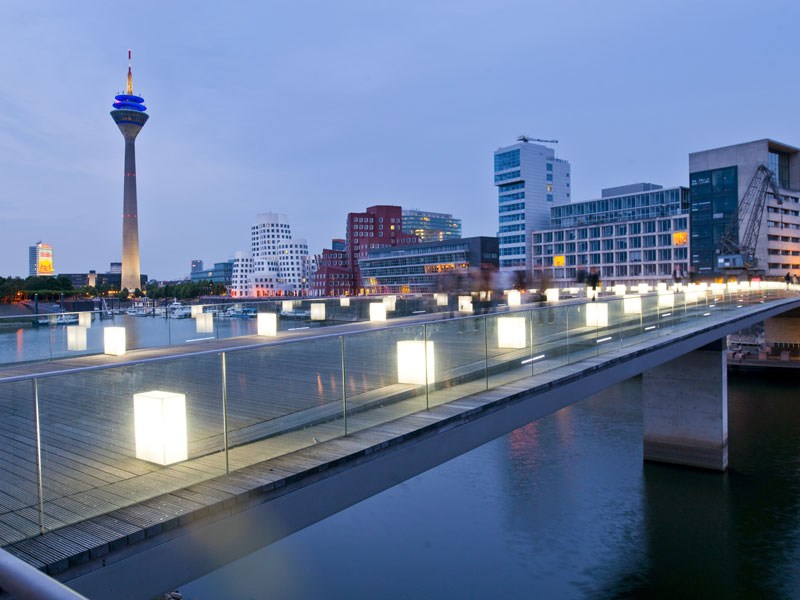 The state of North Rhine-Westphalia (NRW) is the most important economic region in Germany and has for years been one of the most popular locations for foreign companies in Europe to base their operations.

Approximately 20,000 foreign companies have settled in NRW, including global players such as 3M, BP, Ericsson, Ford, Huawei, QVC, Toyota and Vodafone, as well as numerous SMEs.

For these businesses, location is a real factor in their success. The New Economy outlines five features of the state that make it so attractive to businesses.

A dynamic business location at the centre of Europe
NRW is the beating heart of the German economy. With 17.9 million inhabitants, NRW is the most populous of Germany’s 16 federal states. It generates more than one fifth of the total German GDP, totalling €691.5bn ($778.4bn).

If NRW were a country in its own right, it would rank 19th internationally in terms of GDP, ahead of Switzerland, Saudi Arabia and Argentina. Around 160 million people live within 500km of the state capital, Düsseldorf.

From no other location in Europe can so many people with such high purchasing power be reached within such short distances.

The home of world market leaders
One out of four German market leaders from all economic sectors comes from NRW. Out of the 50 highest grossing German companies, 20 have their headquarters in NRW, including Bayer, Bertelsmann, Deutsche Post DHL, Deutsche Telekom, E.ON, Henkel and ThyssenKrupp.

Moreover, around 712,000 SMEs form the economic backbone of the state. This broad economic base of established and up-and-coming businesses produces a dynamic business environment.

A gateway to Europe with excellent transport infrastructure
NRW supports mobility by providing outstanding infrastructure in the state and in connection with other locations. All major European cities can be reached within three hours from the two major international airports: Düsseldorf and Cologne Bonn, which is Germany’s third largest cargo airport.

A dense network of waterways, railways and roads provides fast routes to the sales and procurement markets in Europe and the rest of the world. Duisburg is home to the world’s largest inland port, which handles more than 131 million tons of goods per year and ensures reliable connections to Belgian and Dutch seaports. These factors mean the logistics industry is among the fastest growing business sectors in NRW.

World-class research and development
More than 110 technology centres and non-university research institutes deliver first-class research in NRW and provide ideal conditions for technology transfer. The wide range of courses offered by the 70 universities in the state means companies from all industries can find qualified employees.

The 764,000 students at the state’s universities, 92,000 of whom are from abroad, form a considerable pool of talent that German and foreign companies profit from. That is more than in the Paris metropolitan area and four times as many as in Berlin.

A future-orientated digital location
NRW is poised to become the leading location for the digital economy in Germany. The state is already ahead of all other German regions, including Berlin, in terms of the number of digital start-up companies it hosts. Every fifth German start-up comes from NRW, and they are rising in number.

The NRW economy is taking major steps towards digitalisation along the entire value-added chain, offering excellent market opportunities for digital companies. Moreover, young start-ups in the seed and foundation phase have access to a great deal of support in NRW in the form of incubators as well as public and private accelerators.

The regional government has established six digital hubs to connect start-ups with SMEs and large industrial companies, laying the groundwork for the development of new technologies and the economy’s digital transformation.