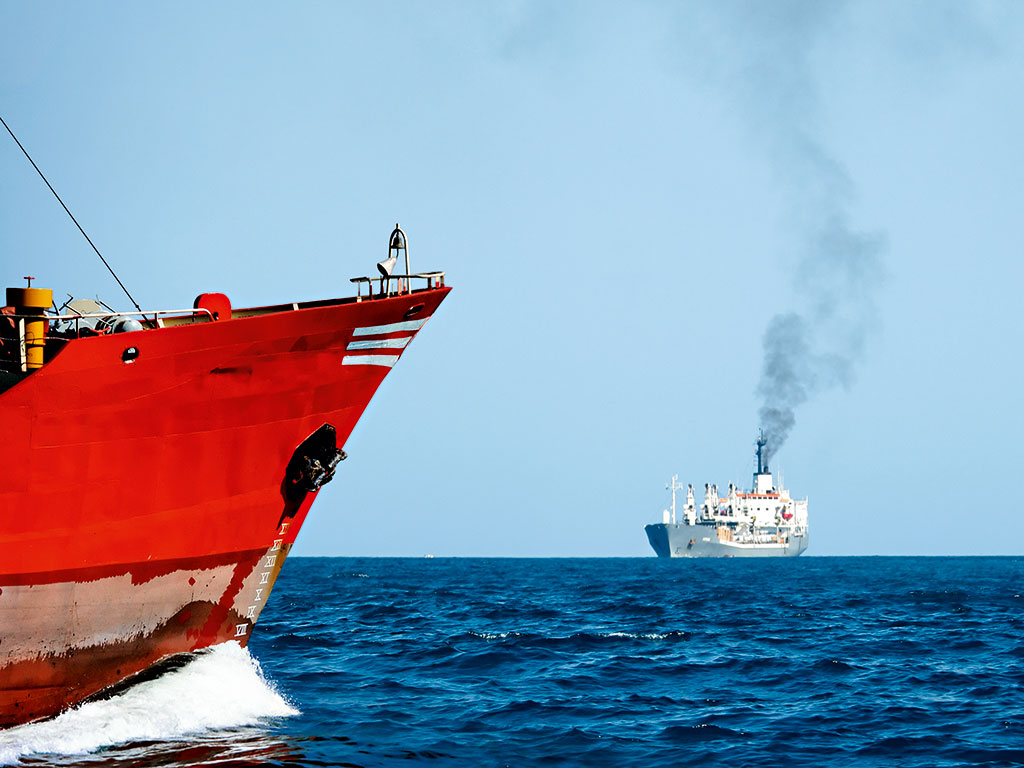 I was recently made aware of this statistic and found it interesting, shocking, peculiar and unsettling enough to be worthy of further investigation. I had so many questions that I was seeking clarification on. It seemed to be so outlandish – to the point that it was approaching the status of environmental propaganda – that I could not just let it pass my eyes like I had not read it.

It brought such questions to mind as: “Is it possibly true?” “Who could possibly be responsible for what sounds like an environmental disaster?” and “What, if anything, is being done about it or can be done about it?”

Well, after a bit of research, it appears that this statistic is in fact partially true – however, it is exploiting the use of the word ‘pollution’. One must peel back the layers to get a better understanding of what parts are true, of which parts are exaggeration or hyperbole, and, as always, a little context to better understand the issue and possible solutions to the issue.

Upon further analysis and reflection, reading a statistic like that did exactly what the original author intended it to do: it got my attention. It got my attention in a big way. I consider myself to be a relatively well-informed world citizen: I have an awareness of the environment and the concerns associated with that awareness. That being said, in the spirit of full disclosure, I would most likely categorise myself as someone who one of my favourite living philosophers, Slavoj Žižek, refers to in his lecture “The Delusion of Green Capitalism” as a consumerist. The four-minute video, available on YouTube, eloquently describes the condition from which I, like most I fear, suffer (see the end of the article for the link). If you do not have the four minutes to watch right now, I shall try to summarise it for you.

Žižek refers to something he calls “the Starbucks Logic”. He says: “You know what you encounter when you go into a Starbucks coffee shop? Basically, the message is true: ‘Our coffee is a little bit more expensive, but $0.01 from every coffee goes for Guatemala [sic] children, $0.05 goes for water for blah blah blah’. In other words, the logic is the following one and, in a perverse way, I like it: …in the old days, we were consumerists, and then we felt bad and, if you wanted to pretend to be an ethical being, you had to do something to counteract it. But the offer here is: ‘We make it simpler for you. We make the product, you can remain just the consumerist [you were] because your altruistic nature, solidarity with the poor, its included into the price, you know!’”

Basically, the suggestion is that we do want to help; we do want to participate in a solution, as long as we don’t really have to do anything or change how we live.

Pointing the finger
So, now time for a little debunking, truth telling or clarifying – depending on your environmental bent. These 16 ships do appear to emit more sulphur oxides (SOx) than all the cars in the world. Studies suggest sulphur in the air creates acid rain and, when inhaled, is believed to cause respiratory problems and increase the risk of a heart attack.

Well whose fault is this? Who can we blame? We must do something, right? This answer is going to sting a little bit, so I apologise in advance. You are to blame. I am to blame. We all are to blame. In the never-ending effort to get the best price as a consumer, goods are shipped across oceans and delivered to our homes and stores. It is estimated shipping brings us 90 percent of the world’s trade, and that number has quadrupled since 1970.

It’s begging the question: “So are they shipping the stuff because we are buying it or are we buying it because they are shipping it?” I am going to revert to my capitalistic viewpoint and suggest the supply is there because the demand is there and we as consumers are actually to blame. Until society is willing to resign itself to a $7 head of lettuce or $30 for a simple T-shirt, outsourcing will continue and the need for shipping will continue to grow. Hello globalisation!

But wait, we as consumers are not ship owners, we are not filling up the fuel tanks of these ships with this pollution-causing fuel and sending them on their way. So the ship owners also have responsibility for the pollution that is created. So what are they doing? What can they do? Well, this is where economics, corporate survival and competition come into play – as well as international regulation of the maritime industry.

Cost of compliance
The shipping (and cruise) industry has several options available to it. It can purchase and burn marine grade oil (MGO), with a cost of between $575 and $735 per metric ton depending upon where you are globally. These largest container ships can burn up to 16 tons per hour or 380 tons per day while at sea.

One of the fuels that many ships run on now is called bunker fuel, or IFO180. This is one of the lowest grade fuels available and is quite literally the bottom of the barrel. The price of this fuel is currently between $330 and $480 per metric ton. For the purposes of this illustration we will use Singapore prices for fuel while understanding that MGO is typically 1.5 times more expensive than bunker fuel. As of June 4, 2015, prices for MGO in Singapore are $591 per ton and IFO180 is currently $392 per ton. This equates to just over $75,000 a day of additional fuel costs while at sea if burning the more expensive MGO. If one of these larger container ships is at sea 300 days a year, this equates to an additional $22m-plus in operating costs.

So what are the current compliance regulations that these ships are subject to and what are the options to choose from to comply?

The International Maritime Organisation (IMO) is the United Nations specialised agency with responsibility for the safety and security of shipping and the prevention of marine pollution by ships. Since January 1, a new regulation has been in force called MARPOL Annex VI Regulation 14, which requires all ships operating within an Emission Control Area (ECA) to use fuel with a sulphur content not exceeding 0.1 percent, or to employ an abatement technology that can be used to reduce SOx limits to a level that would be produced by the sulphur-in-fuel limits. The ECAs are currently the Baltic Sea, the North Sea, the English Channel, and waters 200 nautical miles from the coast of the US and Canada. Failure to comply with this regulation could result in penalties of up to $25,000 per ship per day.

But there is an exciting new option for ship owners offered by Triton Emission Solutions: the DSOX-20 Fuel Desulphurisation System. As this technology removes a large amount of the sulphur prior to combustion, it can be used in conjunction with Triton’s much smaller, easier to install, less expensive and lower-operating-cost exhaust gas scrubber, the NJORD. Utilising this option, ship owners can continue to burn the substantially less expensive fuel, be in compliance with the current IMO MARPOL regulations and continue to be good stewards of the environment.

In order to maintain a level playing field, many of the largest, most respected shipping companies in the world formed an organisation called the Trident Alliance. The purpose of this alliance is to ensure “robust and transparent enforcement” of maritime sulphur regulations.

The reasoning behind the alliance is quite logical: if I am a shipping company that is going to invest millions and millions of dollars to ensure my fleet of ships is compliant, then I will likely have to raise my prices to offset the additional expenses. If a company does not comply with the regulations by either not investing in their fleet, or by not burning the more expensive MGO, then that company has an unfair competitive advantage in pricing. Without robust enforcement of the regulations, the ship owners will not be compelled or motivated to act.