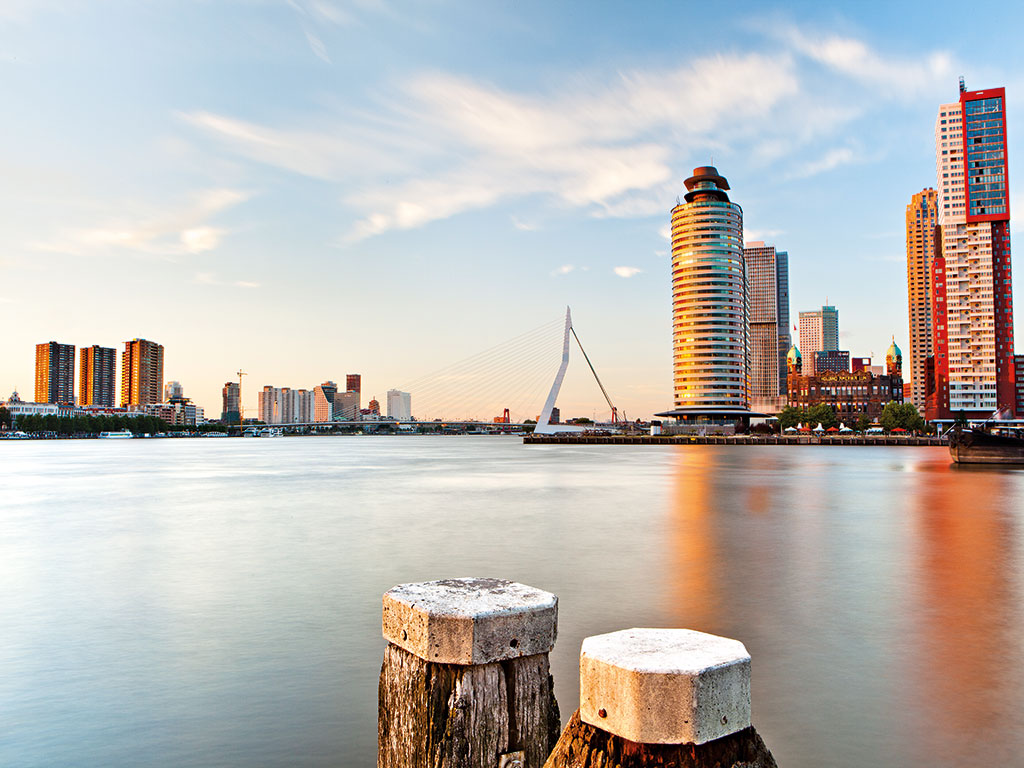 Smart cities are becoming increasingly important worldwide. As metropolitan areas around the world continue to grow, and more of the world becomes urbanised, cities require an ever-greater application of technology and innovation to address their needs and streamline their functions in order to make life for citizens easier. Rotterdam, in particular, is a city that has been surging towards smart city status. As a place that has been in a constant state of development for the past 70 years, the innovation that becoming a smart city requires comes naturally to the Dutch metropolis.

Frank Vieveen, Smart City Programme Manager for the City of Rotterdam, spoke to The New Economy to explain how and why Rotterdam is securing that status.

How do you define a smart city, and why are they important?
Previously, we defined a ‘smart city’ as a city that uses innovation to improve infrastructure and living standards. This has now changed to include the idea that innovation should have the objective of making the city future-proof. We want to ensure our city is not only a nice place to live and work now, but also that we have the ambition to keep improving our city to meet future needs.

What is the role of the citizen in a smart city?
The challenge for cities in general is how to involve citizens in innovation. In Rotterdam, we are open for citizen engagement. With our CityLab010 programme, we have three million euros available each year to support citizens and small organisations in pursuing innovative ideas for the city. Though the programme only began in 2015, we have already launched 250 ideas, which have resulted in funding for 76 plans. Furthermore, we have a lot of WhatsApp neighbourhood groups in which people inform each other about safety issues.

Can you tell us about the Rotterdam Innovation District?
The Rotterdam Innovation District is a transformation area, in which progressive institutions and businesses are clustered in order to help them align with start-ups, incubators and accelerators. Rotterdam facilitates space, funding and an innovative environment. The Innovation District will be an example of future-oriented development. It came as no surprise that urban artist and designer Daan Roosegaarde moved his office to this location. But this is not the only ‘living lab’ in Rotterdam. Others include RDM
Rotterdam, Climatelab Zomerhofkwartier, Fieldlab SmartFood, and the Central District, which focuses on innovation and smart business.

Which other projects have been successful in making Rotterdam a smart city?
A recent inventory revealed Rotterdam has more than 200 smart-city-related initiatives and projects in operation at the moment. These include our city lights development, which has led to a new industry standard. We plan to expand our intelligent household waste collection system, and we have made a lot of progress in the integration of our water management system by combining it with a highly accurate rain radar.

What future projects do you have planned for Rotterdam?
There are many plans for the future of Rotterdam and the region – too many to list them all. Headed by the Rotterdam the Hague metropolitan region, we will actively participate in and lead a number of large-scale smart region projects that will help the region in the transition towards the new economy. In particular, a small but appealing project I want to mention is the harbour city project – a deployment of floating drones that collect harbour waste that floats on the water. Other floating drones will be used for shore inspection. tne