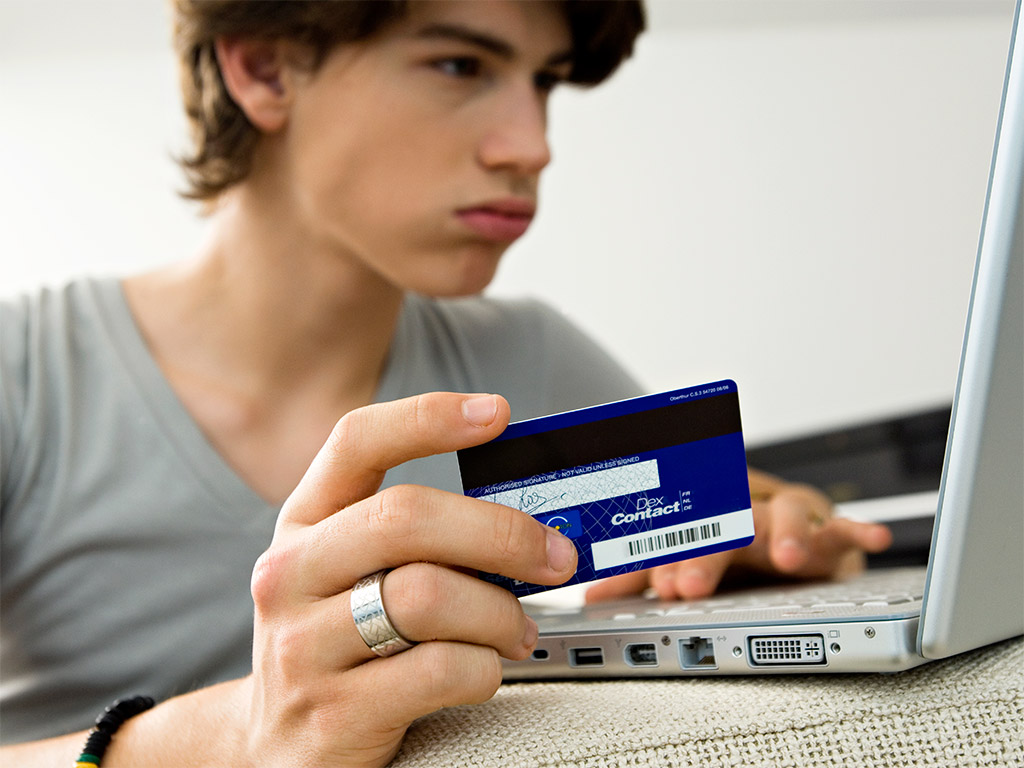 The shopping habits of teenagers - particularly boys - these days is radically different from that of their parents, with many preferring to browse stores online rather than physically visiting them

In the 1990s, you could find pretty much every American teenager hanging out at the mall like in any of their favourite TV shows. Now, a new outlet is replacing these temples of retail: online shopping. Unable to keep up with cheaper online prices and the multiplatform shopping experience teens crave, traditional retailers are under pressure like never before. What’s more, teens are becoming harder to target. The demographic’s abilities to pick and choose between modern retail forms is revealing some major differences between the habits of boys and girls.

According to the annual Taking Stock With Teens report from investment bank Piper Jaffray, the number of teens who go to malls has dropped by 30 percent in the past decade. The decline has been quickened by improvements in digital technologies as well as teens becoming more interested in ‘experiences’, as opposed to clothes or accessories, spending more money on food and events.

Crucially, teens are shopping less in stores than ever before. The report revealed that their physical shopping frequency declined from a peak rate of 38 annual trips a year to 29: a 10 percent drop in mall traffic year-on-year. Teens are browsing more via their mobile devices, shopping with purpose, buying when they have a real or perceived need, and visiting the mall less for entertainment value.

It’s all about online
This development comes as no surprise to experts. “Teens are so accustomed to interacting on and through technology that it is, for many, a more familiar and comfortable ‘environment’ than that of bricks and mortar,” says Philip Graves, a leading expert on consumer behaviour. “With more of their world existing online, it makes sense for them to make purchase decisions and purchases there, and the broad advantages of online shopping in terms of ease and price are also helpful.”

In this respect, the internet is the top influencer of teens’ shopping behaviour, ahead of television. Social networking in particular is driving teens online, leading to a preference for viewing product images and focusing on so-called ‘sound bite communications’, similar to those on teens’ two most preferred social media: Instagram and Twitter. This need for multiple stimulation ties in well with teen preferences says Graves, who argues teens find it easier to shop online because digital platforms offer more diversity and choice.

“The nature of the online world means that, as teenagers move through the psychological life stage where they are seeking an identity that is separate from their parents’, there is much more diversity than used to be the case when teenagers were reliant on mainstream mass media to define trends and styles,” says Graves.

Net shop boys
Teens have become more demanding of the products they want, when they want to shop for them, and how they want them delivered or viewed. The plethora of choices in front of them has essentially given young girls and boys the opportunity to pick their consumer habits depending on what suits them at the time. More importantly, as retail flexibility grows, major differences in shopping habits between the sexes are becoming increasingly clear.

The report, which polled 7,500 US teens, revealed a quarter of female teens prefer to shop online over stores: up from 18 percent a year ago. In comparison, almost half of males said they prefer to shop online: up from 20 percent in late 2013. According to consumer experts, this is not surprising, as brain research supports that boys are generally more focused in their actions and see shopping as less of a recreational activity compared to girls.

“As a generalisation, boys are more intensely focused on activities and girls are more interested in interconnected ideas,” says Graves. “The focused nature of the online retail experience is more likely to appeal to someone who is pursuing a specific target; girls are more likely to prefer a less focused retail experience. In some ways this can be aligned to the stereotypes of male hunters and female gatherers.”

Shops must take on tech
Bricks-and-mortar stores should not lose heart. The survey also revealed that, even though more teens prefer shopping online, the chosen shop needs to be a recognisable one. An overwhelming majority of females and males said they prefer to shop on sites operated by retail store chains instead of sites operated by web-only merchants.

However, the number is still a decline from in previous years, indicating traditional retailers cannot continue to assume teens will prefer stores in the future. With teens showing they want the flexibility to shop online – often via mobile devices – as well as in stores, chains must continue to focus on making it easy for consumers to shop across multiple channels.

“Bricks-and-mortar retailers need to continue to invest in their sites and create frictionless shopping experiences in order to maintain this top-of-mind status among teens,” says the Piper Jaffray report. “Key to this strategy, we believe, is wrapped up in a mobile strategy.”

Graves says: “Technological advancements will, I believe, bring the bricks-and-mortar and online worlds much closer together. If you look at technology like IVAs (intelligent virtual assistants that are able to have natural language conversations with people) and iBeacon (which can push personalised messages to customers in a store via their smartphone) there is the potential for each person to have a guided shopping experience that is personalised to them, their tastes and their psychological drives. This will enhance the retail experience for shoppers and help retailers learn more about their customers.”

The death of the teen mall-rat need not be as alarming as assumed. Yes, traditional retail is facing some major challenges in the face of the on-going onslaught from online and mobile consumerism. However, by making shopping a more interactive and stimulating experience, retailers will fulfill the needs of current retail customers, making the internet a fortuitous business partner, rather than a destabilising market enemy. Online shopping is here to stay, at least for teens, and retailers can opt in or out at their own peril.