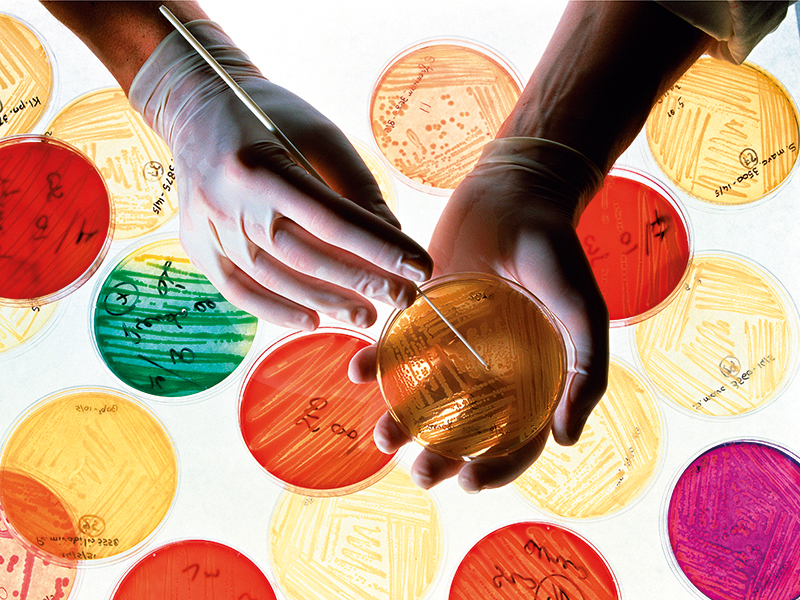 Despite the creeping risk to human life, an enormous amount of the world’s antibiotics continue to be channelled into agriculture

Just a few decades ago, meat in China was a luxury. Now, in a supermarket in Guangzhou, China, the cost of chicken pound-for-pound is around the same as that of white bread. Cheap meat, coupled with rising demand from a fast-growing middle class, is driving the Chinese meat industry to produce millions of tonnes more meat every year.

According to statistics from the OECD, the amount of meat consumed by the Chinese has already increased 34-fold since 1964. It now produces more meat than any other country in the world, consuming more than 80 million tonnes per year. This trend is set to continue over the next decade, with consumption projected to reach 144 million tonnes by 2025. It also stretches further than just China: a similar link between incomes and eating patterns can be found across the South-East Asian economies, as well as Brazil, Russia and India.

The super farm and the superbug
A recent report entitled Factory Farming in Asia: Assessing Investment Risks, written by a non-profit called FAIRR, has underscored a worrying trend that comes hand-in-hand with these changing diet patterns: antibiotic resistance. The newfound demand for meat is being met by a dramatic uptick in the number of factory farms, where hundreds of tonnes of antibiotics are dished out each year. The antibiotic-heavy techniques used in these rapidly growing industries have become a breeding ground for antibiotic resistant bacteria.

Alarmingly, even when they are used in animals, antibiotics can trigger the development of resistant bugs that can find their way to humans. “Every use of antibiotics results in a ‘subpopulation’ of bacteria that are resistant to the antibiotic. This diminishes the effectiveness of antibiotics over time and, given the slow pace of new antibiotic discovery, raises the prospect of a future in which we are no longer able to treat even simple cuts or infections,” the report noted.

According to a review by the UK Government, antibiotic-resistant infections kill more than 700,000 people a year across the world. Diseases such as tuberculosis, malaria and gonorrhoea, which once had a simple cure, are becoming increasingly difficult to treat. If current trends continue and antibiotic use goes unchecked, the number of deaths could reach as many as 10 million a year by 2050.

Calculated in economic terms, antibiotic resistance is expected to cost somewhere between $2.1trn and $124.5trn. At the lower end, this is the equivalent of the annual GDP of a large economy, such as the UK, but at the higher end, the cost would be greater than the GDP of every country combined. The severity of the situation depends on two key factors: the first is whether enough will be invested in discovering new antibiotics, and the second is whether excessive use will be curtailed. Margaret Chan, the former Director General of the World Health Organisation, has equated the problem to a ‘slow-motion tsunami’.

Antibiotic-resistant infections kill more than 700,000 people a year… If current trends continue, this number could reach as many as 10 million a year by 2050

This imbalance is doubly illogical given that antibiotics are not generally used in animals to cure disease. Maryn McKenna, an author on public health, global health and food policy, explained: “They are used either in growth promotion, (in tiny doses that essentially perturb the microbiome and cause animals to put weight on more quickly), or they are used prophylactically, to protect animals against the conditions that they are held in, so that they can be in very crowded conditions and not be subject to diseases.” In humans, on the other hand, they are used overwhelmingly to cure infection. “If we could restrict use in animals to fighting infection, we would be putting the use of antibiotics in agriculture and medicine on the same footing, and it would be much more defensible,” said McKenna.

The second piece of broken logic that subsists in the industry is the idea that heavy use of antibiotics is necessary for efficient production. Various studies have indicated that the use of antibiotics may not significantly improve the productivity of factories. Indeed, with her work at FAIRR, Lettini works closely with firms that have successfully phased out antibiotic use at little cost. She explained: “Instead of routinely giving the animals antibiotics in their water you can give them probiotics, which is actually proving very successful in certain parts of the world.” When asked why so many firms are reluctant to make the change, she said: “I suspect, at the end of the day, it’s the unknown … I think they are stuck in a rut of the easy way out – as is any industry until you start prodding it.”

A taste for antibiotics
The use of antibiotics in agriculture is not unique to Asia, but the relatively lax attitude of authorities is allowing this boom to go unchecked. According to a Princeton University-led study, if current trends continue, China’s agricultural sector alone will make up 30 percent of the globe’s antibiotic consumption by 2050. By 2030, antimicrobial consumption across Asia is likely to reach around 51,000 tonnes, with the use of antibiotics in both chicken and pig farming projected to double. The study expects that almost half of this rise will be attributable to the increased use of intensive farming practices. Antibiotic use across the BRIC economies is moving in the same direction, with consumption by animals expected to grow by 99 percent between 2010 and 2030. During the same period, the use of antibiotics in humans is predicted to grow by just 13 percent.

The implications are already being felt. Two years ago, scientists discovered the first instance of resistance to an antibiotic called colistin on a pig farm in China. Colistin is often viewed as an antibiotic of last resort in humans, but is used widely across China for agricultural and veterinary purposes. Earlier this year, a study of India’s poultry industry found that two thirds of more than 50,000 chickens were carrying a type of bacteria that was resistant to several antibiotics commonly used in humans. If significant reforms don’t occur in the agricultural industry, these unnerving discoveries are set to continue apace.