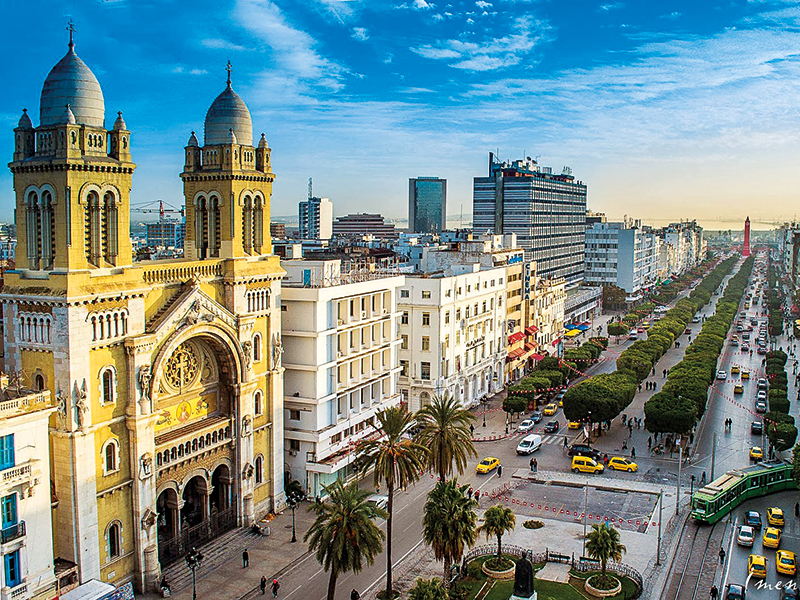 Almost 3,500 foreign companies operate in Tunisia, where confidence has been boosted by political stability

After a successful democratic transition following the revolution in 2011, Tunisia is ready to secure a prominent economic position in the region. The African country is now gathering pace to generate sustainable growth based on high value-added activities and private investment.

Today, almost 3,500 foreign companies operate in Tunisia, where confidence is boosted by political stability, as well as the multiple opportunities available to businesses.

In recent years, Tunisia has undergone fundamental reforms that established the pillars for its nascent democracy. A new constitution and the first free election of a president in 2014 marked the beginning of prosperity for the country, which is now making decisive steps towards development.

Many investors are already betting on Tunisia; in a clear indicator of confidence, 90 percent of new foreign investments are extensions of existing projects.

Ensuring success
Several sectors are proving attractive to investors. Agriculture and the food industry, textiles and clothing, automotive and aerospace component industries, and activities related to offshoring and technology are among the most promising sectors in Tunisia.

The country’s geographical location at the intersection of three major markets makes it a strategic investment choice. North of Tunisia sits Europe, with a total of 500 million consumers. Tunisia has enjoyed privileged partner status with the EU since 2012 and has signed 52 double taxation agreements and 54 investment protection deals aimed at increasing trade with the Euro-Mediterranean area. Hence, the European market is integral to Tunisia’s trade success. To the south and east are the Arab and African markets, which Tunisia is able to penetrate through numerous channels.

With regards to education – to mention just one of the reasons for the country’s favourable position in the index – Tunisia has a strong foundation of qualified human resources. This is the result of public investment in education, which accounts for seven percent of GDP annually, above the average of OECD countries. The Tunisian education system generates more than 70,000 new graduates annually, 10 percent of whom are engineers.

Adding value
One of the improvements the Tunisian business environment has seen recently is the new investment law that came into force in April 2017. The reform is mainly aimed at providing a better framework for investors, streamlining administrative procedures, facilitating market access, providing investors with guarantees and rights, and easing dispute settlements.

Moreover, the new law offers economic incentives to businesses to encourage entrepreneurial spirit. Projects deemed to be of national interest are exempt from corporate taxes for up to 10 years, and benefit from a subsidy for infrastructure costs. Unlike the former investment law, this one does not differentiate between domestic and foreign investors, and allows the latter to recruit up to 30 percent of its executives from outside the country’s borders.

In the 1970s, Tunisia benefitted from capital investments in trade industries. This allowed the country to diversify its manufacturing industry and put it in a position to be more competitive. The agriculture and food industries were the first to be developed, along with textiles, clothing, leather and footwear.

The Tunisian production system has experienced a gradual rejuvenation, taking on new activities with higher added value. With regards to agriculture, the production of organic products has markedly increased, giving the country a new opportunity to earn a position in international markets. Today, organic crops are spread across 500,000 hectares, producing around 265,000 tonnes per year. With 80 percent of this production intended for export, Tunisia is the second-largest exporter of organic products in Africa in terms of volume.

The food industry is another promising sector in Tunisia, especially in activities like canning, packaging and freezing fruits and vegetables. The presence of global companies like Danone and Nestlé is proof of Tunisia’s international potential.

Meanwhile, textiles and clothing have experienced a shift from subcontracting operations to a more independent model following the dismantling of multi-fibre agreements. Currently, businesses in the industry are taking advantage of the emergence of innovative activities in collaboration with the automotive and aeronautical sectors, which offer a variety of niche opportunities. Finally, hi-tech ‘smart’ textiles used for safety and extreme sports, are among those in a competitive labour market with lower costs.

Apart from textiles, the vehicle components business is driving growth in areas such as electronics, plastics processing, interiors (such as seat systems and dashboards), transmission and chassis parts, and bodywork. A notable feature of the auto industry in Tunisia is that the vast majority of companies are local but also carry an international reputation. Thanks to its long history, the solid structure of local firms and a labour market with skilled and specialised human resources, the Tunisian vehicle industry had maintained its strengths, and its potential continues to grow.

Open for business
The value added to the Tunisian economy has reached new highs. Over the past decade, the aeronautics industry has sustained a 20 percent growth rate locally. Activities related to this sophisticated area are mostly hi-tech, ranging from high productivity and high precision machining to the production of aeronautical systems, along with software and hardware for engineering.

In this sector, Tunisia hosts several specialised international companies, such as Latécoère, Mecahers, Hutchinson and Zodiac. Some, such as Safran and Zodiac, have developed their own expertise centres in the country.

Furthermore, Cemia, a centre of excellence in the aeronautics professions, has recently been created to support the development of aeronautical activities in Tunisia and to help develop dedicated infrastructure to support the burgeoning market.

Tunisia’s competitiveness in aerospace industries has been recognised by fDi magazine, which is owned by the Financial Times. In fDi’s latest ranking, Tunis – and, in particular, its aeronautical cluster in El Mghira – earned a place as the most competitive city worldwide in terms of costs. The wide range of promising economic activities in the country, the new legal framework and a trustworthy political environment have combined to turn Tunisia into an opportune place for investments.

The government’s latest strategic plan has set a target of at least a four percent growth rate from 2016 to 2020. The goal is to increase investment to 25 percent of GDP, meaning an annual expansion of 80 percent. Foreign capital can now flow into the new Tunisian democracy and acquire established, competitive firms.

Al Karama is committed to maintaining the value of its subsidiaries and affiliates, supporting the development of their business, strengthening their governance and treating employees well. The company aims to successfully return to the private competitive sector with a well managed, gradual and transparent approach. It will offer unparalleled investment opportunities in the Tunisian economy’s new investment framework, endorsing competition and foreign investments to create a Tunisia that is, more than ever, open for business.