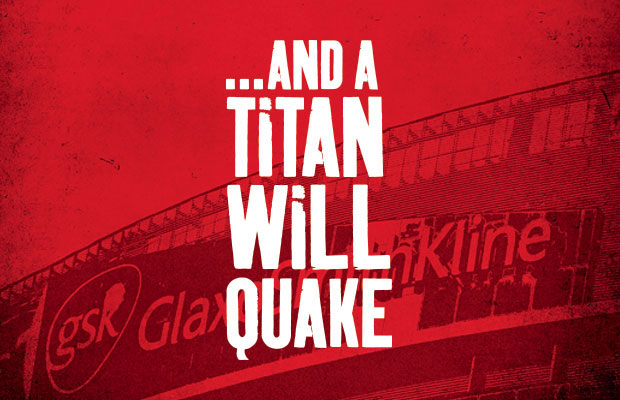 It’s not been the most straightforward 18 months for pharmaceutical giant GlaxoSmithKline (GSK). The rest of the industry hasn’t exactly been revelling in record profits, of course: patent cliffs, price cuts and increased regulation have put off investors, causing the whole industry to slow down. GSK has been hit by these problems, too, but it’s also needed an aggressive course of reputation management after a scandal and resultant lawsuit in the US. The company was fined $3bn for falsely advertising and misselling antidepressants such as Wellbutrin and Paxil – the largest fine ever in the pharmaceutical industry. The patent cliff has been looming for GSK, along with the rest of the industry, for some years.

The end of a patent is more significant in the pharmaceutical industry than in consumer goods because rapid innovation is not an option in healthcare. In 2010, GSK lost its US patent on asthma drug Advair. Last year, the patent ran out in Europe.

In addition to its patenting problems, GSK is facing an investigation by the Chinese authorities into possible bribery and corruption. The corporation is accused of bribing doctors and healthcare professionals to prescribe specific drugs. It is alleged the company spent up to £320m on bribes to clinch higher prices for their prescription drugs and win market share.

In addition to its patenting problems, GSK is facing an investigation by the Chinese authorities

Whether this bribery, if it occurred, was the result of a few bad employees within the company or wider corporation policy is not yet clear.  Chinese authorities are still looking into the allegations, making it clear the country will not stand for corruption – particularly from foreign companies. Yet it remains to be seen whether the patenting issues or the lawsuits will cause long-term problems for the company, and where investment should be focused to protect the company from such problems in the future.

Not quite out of breath
Advair, the most popular drug for chronic obstructive pulmonary disease (COPD), is responsible for 20 percent of GSK’s total annual profit. It brings in $8.6bn in annual revenue. It is marketed by GSK all over the world under the names Seretide, Viani and Adoair, among others. As the patent has now expired in both Europe and the US, GSK is looking to invest in alternatives to fill the market. Considering that Advair is responsible for such a large percentage of the firm’s profits, GSK is keen to maintain its monopoly over the product.

It’s likely that, in the immediate term, Advair will not prove too problematic. The patent expired in the US three years ago and the impact has not really been felt. The company is fortunate in that, although the patent on the drug has expired, the patent on the technology required to administer the drug (a device known as Diskus) does not run out until 2016. Without this technology, it is remarkably difficult to produce an equivalent COPD drug to Advair.

The medication itself is formed from a combination of two different asthma drugs, making it hard to copy in the correct dosage. Therefore, GSK’s monopoly over Advair is probably safe for the next three years at least. Drug company Mylan is the favourite to replicate the drug quickest, but that will not happen until after Diskus falls off the patent cliff in 2016.

At the moment, Advair’s strongest competitor is a drug owned by British pharmaceutical company AstraZeneca, known as Symbicourt. This generates $3.2bn in yearly sales, compared with Advair’s $8.6bn. If the prominence of Symbicourt increases, the patent loss could be a much more serious problem for GSK. To combat the threat, GSK is focusing its efforts on developing new cancer and HIV drugs so that, by the time Advair begins to lose its worth, the drugs sector of the company will have diversified its profit base. GSK also has the advantage of developing vaccines and consumer products, as well as pharmaceuticals, so it has the potential to diversify in those sectors if necessary. Fine for misselling and false advertising

Alleged cost of bribes in China

The drugs don’t work
It will not be so straightforward with GSK’s ongoing issues in China, where the problems are more to do with reputation and public relations. If found guilty of corruption and bribery, GSK could face heavy fines. The worst outcome for GSK would be if it were forced to leave China. Despite currently only making four percent of its profits in China, GSK has invested heavily in the country, opening five factories and employing over 7,000 people.

Developing markets are of particular importance to GSK as patent cliffs are slowing its growth in developed ones. The company acknowledged the importance of the Chinese market in a press release issued after representatives from GSK met with Chinese officials. Abbas Hussain, President International for GSK, said: “We will actively look at our business model to ensure we make a significant contribution to meeting the economic, healthcare and environmental needs of China and its citizens.”

The company’s sales in China plummeted 61 percent in the third quarter of 2013. The bribery scandal has limited GSK’s ability to market its products and has pushed much of its market share towards its competitors. GSK will need to reclaim this if it is to continue building a strong presence in China. Furthermore, fines for the corruption and bribery accusations are expected to be in the range of $2bn, which would have a big impact on the company’s annual profit.

In 2012, the company was accused of marketing an antidepressant drug as being suitable for younger people in the US despite proof it was linked to suicidal tendencies in teenagers. GSK also paid Dr Drew Pinsky to promote the drug on his popular radio show as helping with sexual performance and weight loss, although there was no evidence to support such claims. As a result of this false advertising, GSK was fined $3bn – a record amount in the pharmaceutical industry. Despite the fact that, financially, GSK is able to recover from such payouts, its reputation will struggle to be restored. GSK’s popularity has plummeted in the US as the result of the revelations and, where possible, consumers are seeking alternative suppliers.

Drawing a line
No individual was prosecuted after the Wellbutrin fiasco. It is unlikely the Chinese authorities will be so lenient. Four sales executives have already been arrested as part of the investigations. The hammer could also fall on senior members of the company despite the fact they were not necessarily involved in the groundwork of the schemes. The Chinese authorities say they have evidence to suggest those at managerial level had full awareness of the corrupt processes taking place. The former chief of GSK’s operations in China, Mark Reilly, has been banned from leaving the country. Even in the West, some see the arrests as the only plausible way to stop this sort of corruption and make sure of stricter corporate governance. The threat of relatively small-scale fines is not a sufficient deterrent.

Even in the West, some see the arrests as the only plausible way to stop this sort of corruption and make sure of stricter corporate governance. The threat of relatively small-scale fines is not a sufficient deterrent.

If, as seems increasingly likely, it transpires the corruption was not the work of a few individuals but the result of a deep-seeded company policy, GSK could be at risk of prosecution in the UK under the country’s far-reaching anti-bribery laws. There were rumours this would happen after the misrepresentation of antidepressants in the US, as the drugs were also marketed in the UK as being suitable for teenage consumption. However, this came to nothing. Yet a British company suffering two similar scandals in as many years is unlikely to go unnoticed by the country’s authorities.

A spokesman for GSK said: “There is no question about our commitment to China. It is a critically important company of the future.” However, BBC Business Editor Robert Peston believes the only feasible option might be “withdrawal from what many would see as the most important market in the world”. GSK sales executives have been banned from hospitals in China and sales have dropped at an unprecedented rate.

Perhaps it is a case of weathering the storm, but China seems keen to be seen as taking a hard line on corruption and is using foreign companies as scapegoats. That is not to protest GSK’s innocence but rather recognise that an exit from China might be the only option. That said, GSK might be saved by the culpability of other pharmaceutical companies.

It is not just GSK that is currently being investigated by Chinese authorities: Eli Lilly, Novartis and Sanofi have been all victims of whistle blowing in the media. Sales executives from a number of these companies have also been banned from entering hospitals. As it’s unfeasible they will all have to leave China, GSK might be able to retain its position. But that depends, of course, on the outcomes of the various investigations.

Hope for the future
While the situation in China and the shocking sales drop has deterred investors, it appears that confidence in GSK is not entirely lost. Its diverse revenue streams enable the company to face problems targeted at a particular sector without detriment to the rest of the corporation.

Furthermore, GSK is investing heavily in the development of new drugs, particularly in the respiratory diseases area, where it has held prominence for so many years with the drug Advair. The company is also, as noted, putting money into developing HIV and cancer drugs, as well as trying to increase its philanthropic work.

GSK has pledged money to Save the Children’s projects in areas with high rates of HIV, to compensate for the company’s current HIV drugs being far too expensive for those who most need them. In the third quarter of 2013, GSK had approval for two new drugs in the US (Tivicay for HIV and a flu vaccine) and one in Europe (Tafinlar for metastatic melanoma). It has also been given approval in Japan for Revlar: a respiratory disease drug that could replace Advair.

Andrew Witty, CEO of GSK since 2008, is trying to change the culture of the company. Witty’s strategy has been to diversify the company’s products: he has overseen heavy investment in consumer products, such as Sensodyne, to prevent too great a dependency on sales of drugs to the West. In spite of this, there has been no talk of a policy overhaul in light of the China scandal.

GSK has requested its auditors, Ernst and Young, carry out an independent audit, alongside the Chinese authorities, to figure out where the corruption occurred and whether it was the work of a few individuals or a result of immorality in the company strategy. Perhaps, when a fine is set, GSK can consider the best way to prevent this sort of scandal occurring in the future and make a gesture of contrition – or pull out of the Chinese market altogether.