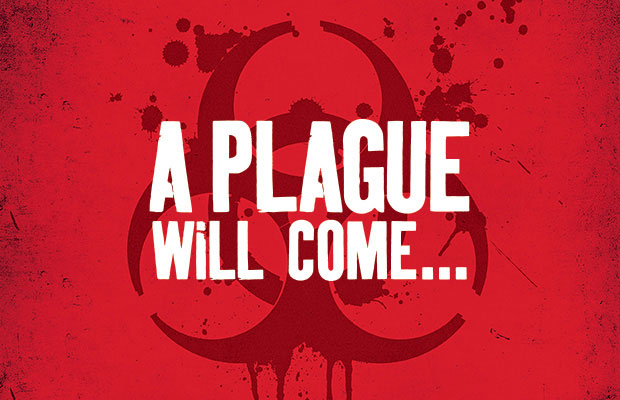 One evening in November 2011, a consultant in the infectious diseases ward of a UK hospital was treating 27 patients. Seven of them had confirmed cases of E.coli, a bacterium that can cause deadly infections. Six were suffering from severe or life-threatening infections. Of those six, the conditions of two patients meant their treatment was limited to three intravenous antibiotics from two classes.

The patient whose condition was non-severe had only been admitted because there were no oral antibiotics that would work on this strand of E.coli, so he required a drip, despite only having a mild infection. The doctor was stuck for ways to treat the patients, whose conditions were as common as they were deadly. He had already run out of options with which to treat two of his severe cases. This was just one bug, in one ward, in one UK hospital.

According to scientific data, we could be heading to a world where there is no cure for infections such as those caused by E.coli: procedures such as childbirth and appendectomies, which are standard and safe today, will be deadly once again. We are heading towards a world without antibiotics. Increase in mortality from drug-resistant pathogens

Time it can take bacteria to double their population

The cost of resistant bacteria:

Deaths in the EU

Deaths in the US

Annual deaths from sepsis in Thailand

Cost to Thailand in lost productivity

Bazooka subtlety
Bacterial infections are widespread and can be as harmless as an infected pimple or as deadly as a rampant case of meningitis (which can kill a child in hours). The only way to treat bacterial infections is with antibiotics, and for the past 90 years that is exactly what we have done. Alexander Fleming discovered penicillin in 1928 and, since then, antibiotics have been the cornerstone of modern medicine. But bacteria are wily microorganisms that evolve extremely fast, so, even as we have been developing ways to kill them, they have been growing immune to our poisons.

This has never been a problem, though scientists have been aware of the spectre of resistance in bacteria since 1945. Until the late 1980s, researchers were regularly discovering new classes of antibiotics that could be used when a certain type of bacteria developed immunity to existing drugs. Every new drug we can throw at bacteria will only ever be effective for a limited amount of time before they evolve and develop immunity to it.

Though most consumers are quick to associate the use of antibiotics with the treatment of severe infections, their use is far more widespread. Antibiotic creams and lotions are available over the counter to treat minor cuts and insect bites. Any type of surgery that involves cutting open the body cannot be done without doctors administering courses of antibiotics before and after to avoid infection and sepsis. Even cancer treatments that ravage the body’s immune system would be much more difficult without the use of antibiotics, which help boost the body’s defences.

The end of medicine as we know it
Antibiotics are the vital difference between modern medicine and the carnage that occurred before. Things as common as strep throat or a child’s scratched knee could once again kill,” says Dr Margaret Chan, Director General of the World Health Organisation.  “Antimicrobial resistance is on the rise in Europe and elsewhere in the world.

“We are losing our first-line antimicrobials. Replacement treatments are more costly, more toxic, need much longer durations of treatment, and may require treatment in intensive care units. For patients infected with some drug-resistant pathogens, mortality has been shown to increase by around 50 percent. A post-antibiotic era means, in effect, an end to modern medicine as we know it.”

Bacteria reproduce at an alarming rate: some types can double their population numbers in as little as 20 minutes. “Evolution is a national process. Bacteria evolve to survive in a hostile environment,” says Professor Laura Piddock of the University of Birmingham and the Antibiotic Action public awareness initiative. “They evolve quickly because they grow so quickly, so it doesn’t matter what the stressful environment is; if there is a bacterium within that environment that has changed itself and become resistant it will survive, but then they have the monopoly in that environment and they grow up.”

even as we have been developing ways to kill them, they have been growing immune to our poisons

“It’s important to know that this is a phenomenon that plays out in nature,” says Srinivasan. “Most of the antibiotics that we have available to us now were derived from products in nature. So penicillin was an agent that was excreted by moulds in order to kill bacteria. Eventually bacteria will evolve and they’ll adapt ways around that to overcome that obstacle.”

This means the amount of time it takes for genetic mutations to occur is extraordinarily short, and much faster than researchers can identify and target mutations. According to Antibiotic Action, between 1935 and 1968, 14 classes of antibiotics were introduced for human use. Since then, only five classes have been discovered. “Because there are no new classes that is not to say there are no new antibiotics; there were until the 90s,” says Piddock. “No new drugs are an issue because you can have new version of current classes, but we are not even getting that.”

The cost of carpet-bombing
The issue has garnered a lot of attention recently, both in the media and academic circles. Many universities are studying the problem, and doctors are starting to feel the effects in ERs and surgery rooms. It is a particular issue when it comes to gram-negative bacteria such as E.coli and salmonella, which have a specific outer cell structure that makes it difficult to kill.

“They are very difficult to treat if they grow antibiotic resistance,” says Piddock. That is not to say that gram-positive bacteria are not an issue: “The key thing is bacteria that we call ‘gram-positive’ – and this includes staphylococcus and MRSA – have been much easier to discover and develop new antibiotics for. It is just less of an issue at the moment.”

The increasing dearth of antibiotics is a problem with causes and implications that go beyond human and veterinarian medicine. Antibiotics are found in paints that coat the hulls of ships in order to keep barnacles off, they are sprayed into the ocean to tackle disease in fish farms, they are sprayed onto fruit trees. The list goes on.

“I think some of us were shocked to hear for the first time that antibiotics are being put into paint to keep barnacles off ships,” David Willets, the British science minister told a G8 meeting. “We need to share information to get a measure of what is happening and the scale of the threat. We need to promote research and development. We also need to look at domestic prescribing practices and try to promote a more responsible approach to prescribing.”

For many researchers, it is this reckless use of antibiotics that has caused the current crisis, but there are no clear ways to limit their consumption. “If we make antibiotics very expensive so that they are not used unless they absolutely have to be used, then we risk excluding countries that have less funds and might never be able to afford antibiotics at all,” says Piddock. But she is quick to emphasise that if we do not limit their use at all then we risk losing a valuable resource. “If antibiotics continue to be used as widely and inappropriately as they have in the past, then resistance to these new drugs will develop too.”

Tackling irresponsibility
Some countries are beginning to legislate against the rampant and irresponsible use of these medications. The EU has declared costilin, used on livestock to prevent disease, should be restricted for use on infected animals, with prophylactic use banned. There are fears that resistance to costilin could become damaging to human health as well; costilin is a vital class of antibiotic used in human medicine, and European scientists now fear their unrestrained use on animals promotes resistance among humans as well.

The European Commission is yet to make a formal decision on the matter. It would be a precautionary measure, but for Piddock and other academics it would be a step in the right direction. She says: “The reality is that we should question the use of any antibacterial agent outside of human medicine and until there is unequivocal evidence showing no effect of animal use upon human health.”

Antibiotic resistance is not only having a tremendously negative affect on human health, but also on the public purse. It has been estimated that, in the EU alone, resistant bacteria kills around 25,000 patients a year, which can cost up to €1.5bn to the healthcare system. In the US, around 12,000 people dies of these infections a year. In poorer countries where health provisions are more precarious, it is harder to measure, but Thailand has announced it estimates antibiotic resistance costs the economy $2bn a year in lost productivity – over 30,000 people die of sepsis alone.

Tsunami in sight
Some countries have a much higher percentage of resistant bacteria than others. That is a concern, because if there are more resistant bacteria circulating there are more patients suffering from those infections. “We have seen in the UK, for instance,” says Piddock, “that people bring in certain types of resistance from other countries, so it becomes a problem in our country and our healthcare system. We cannot be complacent because what is someone else’s problem today, with global travel, could be our problem tomorrow.”

But, over the years, technology has evolved. Our understanding of the risks of antimicrobial resistance has increased and researchers are finding alternative solutions to reducing our over-reliance on antibiotics. “Our scientific understanding has increased beyond belief: for instance we can seek to minimise resistance by dosing differently,” says Piddock. “We can look to get the dose of antibiotics above a level that we call ‘mutant prevention concentration’ – that means it would take a lot of effort to select bacteria that are resistant.”

There are simple hygiene and health initiatives that can help limit the spread of bacteria: washing hands with soap and water or with rubbing alcohol, for instance, can go a long way. But experts still agree that the only way of effectively getting a handle on the situation is to limit antibiotic use to human medicine only – and, even then, only in absolutely necessary cases.

Of course, this is easier said than done. Economic implications will be massive, particularly in agro-business. The slow response of authorities to limit the use of the most vital types of drugs is also a major concern. But scientists agree: there is a tsunami just beyond the horizon. We know it’s there and we know it’s heading our way. We just don’t seem to be doing enough to protect ourselves from its effects.