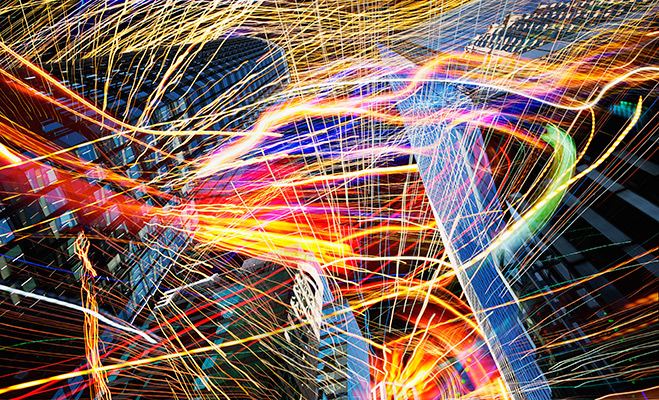 With the implementation of 4G networks, mobile phones and tablets are supposed to effectively perform every internet role currently fulfilled by a PC. In theory, 4G networks can operate at between four and 10 times the speed of 3G, significantly increasing bandwidth and throughput capabilities for users.

These increased speeds can provide plenty of benefits for businesses, but, before they make the switch from 3G to 4G, there are a few things they should be aware of. There is no universal standard for what counts as a 4G network. The G simply stands for “generation” and indicates that the technology is significantly superior to its predecessor and non-backward compatible. 4G is supposed to be an upgrade from 3G but individual speeds will vary depending on the service provider. Upgrading with the same service provider will always guarantee increased internet speed but switching from the 3G network of a superior carrier to the 4G network of an inferior one may make no difference at all.

The International Telecommunications Union Radiocommunication sector (ITU-R) did, in March 2008, set out minimum capability standards for 4G: 1 gbit/s for low-mobility communications, such as those used by pedestrians, and 100 mbit/s for high-mobility ones, such as those on trains. The first marketed 4G networks deployed on both the Mobile WiMax and the Long Term Evolution (LTE) candidate systems failed to meet these standards, but the ITU-R soon backpedalled and decided they could be considered 4G. All current 4G networks fall short of the original standards. The LTE Advanced network, launched in October 2012 by Russian carrier Yota, comes close, but compatible handsets for Yota’s network won’t be available until later this year at the earliest.

With wildly varying specifications, the key for businesses is to ensure they have the right provider to suit their needs. Making the switch can then provide them with certain important benefits.

Need for speed
While many 3G networks are fast enough to perform common mobile internet functions, they can be seriously slowed down during peak times when a large number of users are online simultaneously.

Having the internet slow to a crawl can be a frustrating experience for those working on the go and can decrease productivity. Switching to 4G may alleviate these problems, albeit not eliminate them. 4G will still be affected during peak times but its higher base speed should make it possible to continue surfing comfortably.

There are other benefits of 4G unrelated to speed. Sending and receiving calls becomes vastly more secure as conversations go through a Voice-over-Internet Protocol. 3G calls by contrast go through the airwaves, making it easier for information to be intercepted. Making the switch can both alleviate fears of important information falling into the wrong hands and allow businesses to save money on security technology.

Quick decisions
The advantages of 4G will affect businesses in different ways and the decision of when to make the switch must be dependent on particular costs and benefits.  4G networks are still being rolled out around the world and many areas lack effective coverage. The negligent number of devices supporting 4G and existing pricing plans may mean making the switchover isn’t worthwhile.

Currently, 4G will probably provide the greatest benefits to communications and travel-intensive businesses where employees need to be connected to the office at all times.

However, as Martin Stiven, Vice President of Everything Everywhere’s B2B division argues, 4G may prove particularly beneficial to certain sectors. He said: “Construction firms will be able to set up on-site offices quickly, and security firms will be able to install CCTV in record time. Not only that, but independent retailers will have the opportunity to set up pop-up shops without waiting multiple weeks’ lease time for fixed line broadband to be installed.”

Still, businesses need not rush to implement the new technology right away unless it particularly suits their operations. As with all innovations, the quality of 4G networks will rise and the costs of switching will fall as competition in national markets and the amount of supportive devices increases. In the long run, however, 4G is here to stay and older networks and devices will become obsolete. Businesses must be prepared to future-proof their operations or risk being left behind: this does not mean adopting a sooner-rather-than-later attitude. On the contrary, the decision of when to switch needs to be a prudent one, attentive to the specific needs of the workplace against the costs and resources available.