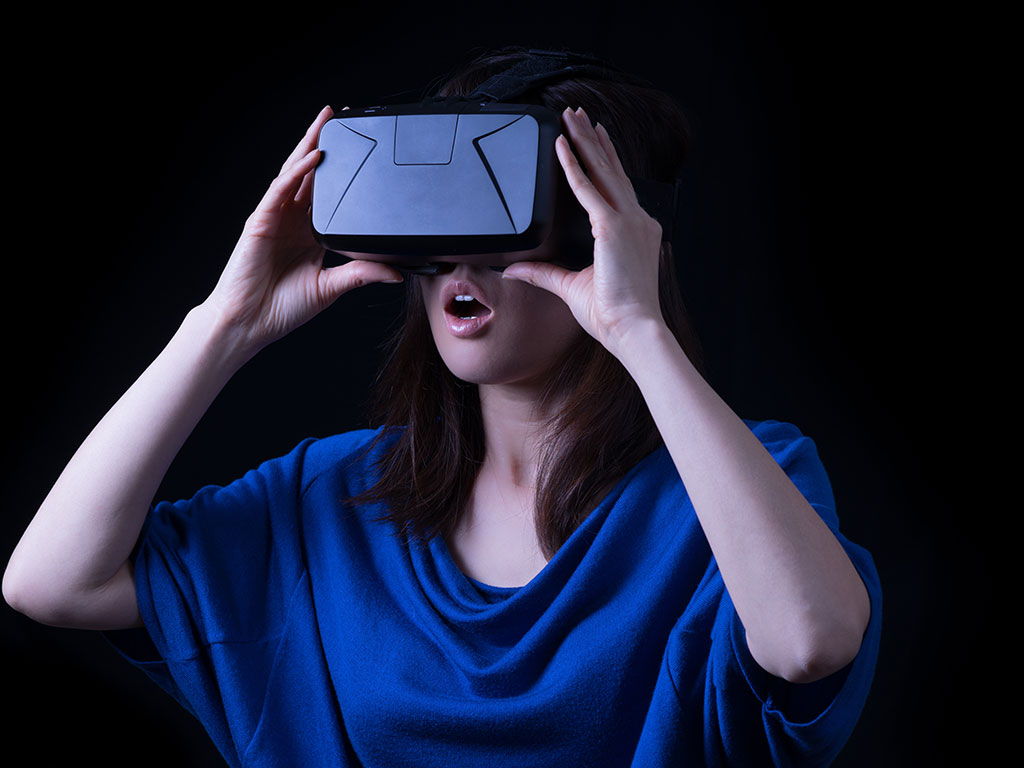 A girl wears Oculus Rift glasses. The brand is the most successful virtual reality company, closely followed by others run by Google and Microsoft

As featured at countless tech shows around the globe, Oculus Rift has catapulted itself to the forefront of discussion on the topic ever since its 9,522 backers pledged above and beyond the $250,000 asked of them on the product’s original Kickstarter page. The amount pledged at closing date was close to $2.5m, and did much to reassure Facebook, which bought the company last year for $2bn, that the headset could turn VR from science fiction to reality.

Scheduled for release in the early stages of next year, Sony’s VR gaming headset is set to revolutionise gaming by bringing an all-round more immersive experience to console gamers. Industry experts are united in the opinion so far that the product feels more polished than its rivals, including Oculus, with only a few minor hiccups still to address. Sony’s ambitions may fall short of Facebook’s, in terms of branching out beyond gaming, yet the product, by some accounts, feels superior.

Google’s contributions to the VR space are surprisingly modest, and start with a simple cardboard viewer that any user can create and combine with their smartphone. The company’s low-rent, child-focused product is available now, and allows users to explore a series of panoramas, simply by downloading the Cardboard app and fixing their phone inside the viewer. The schematics and assembly instructions are available to all, and users need only assemble Cardboard for themselves to get in on the action.

Not necessarily an operating system nor a standalone commercial product, Razer is a product of the Open-Source Virtual Reality (OSVR) ecosystem: a platform that allows multiple headset manufacturers to band together with the common goal to accelerate VR gaming adoption. “Built from the ground up to bring the best Virtual Reality gaming experience to the gaming world, OSVR is the one platform where all aspects of the industry – input devices, games, and output – are unified,” according to the site.

HoloLens represents Microsoft’s first foray into augmented reality, as “the first fully untethered, see-through holographic computer,” according to the company. “It enables high-definition holograms to come to life in your world, seamlessly integrating with your physical places, spaces, and things,” as part of what Microsoft calls “mixed reality”. The headset and partner software is built on the same core as the Windows 10 family, and aims to transform the way users communicate, create, collaborate and explore, using movement, vision and voice to interact.