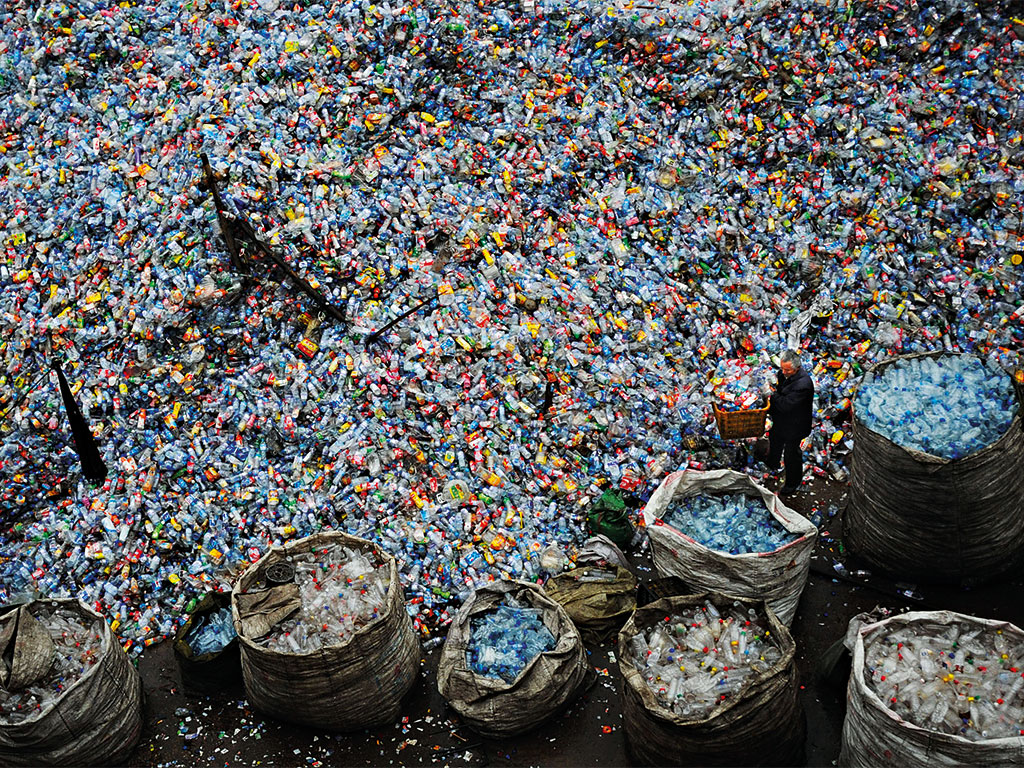 The circular economy aims to put an end to single-use, short-lifespan materials

The circular economy is arguably the most radical response to the ‘take, make, dispose’ model of economics we’ve all come to know – and not like – so well. The linear system of consumption is fast approaching the physical upper limit of what the planet can permit, and if governments are serious about realising cost and energy efficiencies, alternatives can’t be ignored.

The Ellen MacArthur Foundation – the leading voice on the circular economy – has called into question the logic of utilising a finite resource base to sustain spiralling demand. Appetite for commodities has increased in recent years and will continue to do so as another three billion middle-class consumers are expected to be demanding oil and coffee by 2030.

The circular economy is an ideal solution in that it offers a means of uncoupling growth from resource constraints. “It opens up ways to reconcile the outlook for growth and economic participation with that of environmental prudence and equity”, said MacArthur.

According to Richard Girling’s disconcerting book Rubbish!: Dirt on Our Hands and Crisis Ahead, around 90 percent of the raw materials we use in manufacturing are turned to waste before they even leave the factory, while roughly 80 percent of products are thrown away within the first six months of use. A more restorative approach to production would, at the very least, keep a lid on spiralling resource exploration and extraction costs, and go some way to offsetting often-volatile swings in commodities prices and the accompanying environmental damage.

In a circular economy, materials are designed to be kept at their highest possible value at all times

First you need the building blocks
For these reasons and others, advocates recommend governments make the transition to a circular economy a priority. The European Commission presented a revised EU package to do just that. In it, Ida Auken admitted the model was an attractive one “as it offers the potential to set a strong perspective on renewed competitiveness, positive economic development, and job creation”. Business models centred on “use, rather than consumption”, he said, could benefit both the economy and society as a whole.

A circular economy fully fledged by the year 2030 would also generate a primary resource benefit of €0.6trn per year, and €1.2trn in non-resource and externality benefits. However, the real challenge – aside from the considerable expense attached to such an upheaval – lies in the initial stages of production, and the material innovation required to make the transition possible.

“In a circular economy, materials are designed to be kept at their highest possible value at all times”, said Ian Banks and Joe Iles of the Ellen MacArthur Foundation. “This means the components and products that have been made out of them are designed to be used as long as possible, reused, refurbished and remanufactured.”

The companies and organisations embracing the circular economy, according to John Warner, President and Chief Technology Officer of the Warner Babcock Institute for Green Chemistry, are for the most part designers looking to create new products that fit within it. “If the chemicals and material building blocks are not sustainable”, he said, “there is no way, in my opinion, that you can design a sustainable product.”

Material innovation
Dustin Benton, Head of Energy and Resources at Green Alliance, stressed that the importance of materials depends very much on the sector. Many composite materials are effectively designed to become waste, which stymies recycling and, for sectors such as packaging, is the most common route to circular recovery.

The use of new polymers – and the gathering complexity of materials more generally – again makes any attempt to scale up the circular economy more complicated. For many, the promise of material efficiency gains and financial savings is too distant, and separating or scaling materials is a hugely expensive task.

“Contamination and composite materials are the most important problem for recycling”, said Benton. “For direct material reuse, like reusing old steel girders in new buildings, the biggest obstacle is ensuring that the materials will still perform as new.” Without the work of materials scientists and investment in comparable alternatives, producers are unlikely to change their ways.

Alternatives (such as biomimicry) exist, “but again, the design of products relies on existing materials”, said Warner. “What is far more rare and underrepresented at this moment are chemistry inventors, sitting with designers, helping to develop fundamental new building blocks to in fact truly enable the circular economy.”

Plastic not so fantastic
Plastic is only one of the challenges in persuading manufacturers to embrace a more cyclical approach, though it remains – by a fair margin – the most demanding. A recent report authored jointly by the World Economic Forum and Ellen MacArthur Foundation argued that, by applying cradle-to-cradle principles to global plastic packaging flows, the plastics industry could do away almost entirely with the issue of waste.

According to the report, 95 percent of plastic packaging material, or $80bn-120bn per year, is lost to the economy, and as much as 32 percent escapes collection systems. Projected growth in consumption could also lead to the oceans containing more plastic than fish by 2050, by which time plastics will consume 20 percent of total oil production and 15 percent of the annual carbon budget.

“Plastics are the workhorse material of the modern economy – with unbeaten properties. However, they are also the ultimate single-use material”, wrote Martin Tuchtey from the McKinsey Center for Business and Environment. “Growing volumes of end-of-use plastics are generating costs and destroying value to the industry. After-use plastics could – with circular economy thinking – be turned into valuable feedstock. Our research confirms that applying those circular principles could spark a major wave of innovation with benefits for the entire supply chain.”

Moving in circles
With this in mind, a number of major companies have filed patents for new material innovations and the likelihood is that more will follow as the benefits of circular manufacturing become more widely recognised. The Reep system erases ink and toner, and makes paper suitable for reuse up to 10 times. Splosh has taken the same approach with cleaning products, offering a business model that encourages the refill and reuse of durable packaging that would traditionally be recycled.

“Lack of information on components and materials is often a barrier to high-quality reuse”, said Banks and Iles, “something that Maersk has tried to address with a cradle-to-cradle passport that documents every nut and bolt of their 165,000-tonne ships.” Others are looking at technical materials and questioning whether there is a biological replacement. Ecovative’s mycelium packaging, for example, acts as a direct replacement for polystyrene.

The ambition is to shake off the unwanted externalities that accompany non-biodegradable, toxic or otherwise unaccommodating materials and build the circular economy from the ground up. “I suspect the desire is definitely there”, said Warner. “But, unfortunately, most companies are not working in the field of the basic materials, and are thus wholly dependent on suppliers.”

The sad fact remains that the process of making new goods is highly optimised and the price of environmental degradation is seldom considered. For as long these costs escape company balance sheets, the incentives to make do with a linear model will remain. But, should support for circular economy principles continue to grow, companies can ill afford to ignore them for much longer.