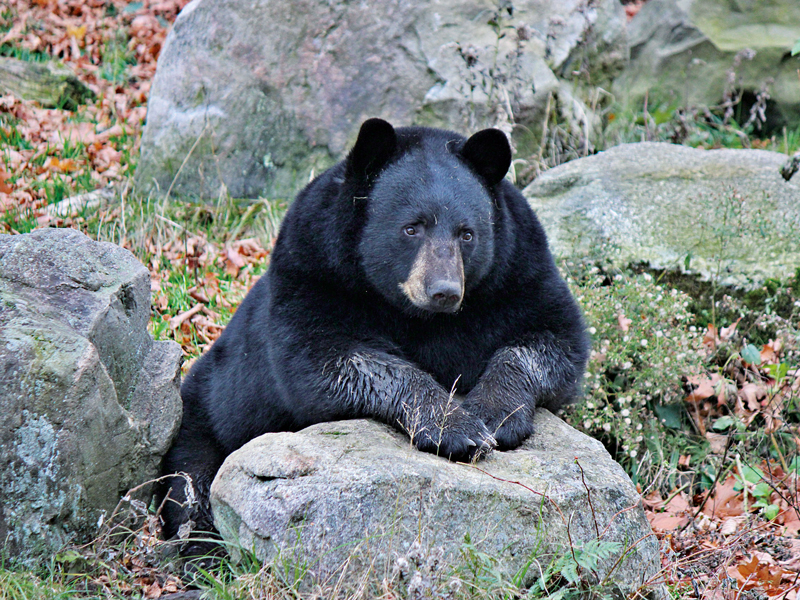 While synthetic bear bile may well do little to reduce demand for the real thing in parts of Asia, it is currently being explored for some potentially phenomenal developments in western medicine

For thousands of years, practitioners of traditional Chinese medicine have used bear bile as a natural treatment for a number of ailments. A digestive fluid that’s produced by the liver and then stored in the gallbladder, it’s used “principally for reducing fever and inflammation, detoxifying the liver [and] resolving gallstones”, explained Dave Garshelis, a wildlife research scientist for the Minnesota Department of Natural Resources and one of the world’s leading bear experts. He also noted that the substance has anti-inflammatory properties.

Unsurprisingly, there is a great deal of controversy surrounding the collection of bear bile, which occurs via two methods. Though it is illegal in many parts of the world, the first method involves hunting wild bears. Once caught, they are drained of their bile and often used for other body parts too. The other method involves bear farming: in this case, bears are kept in cages and hooked up to drainage tubes and catheters for months at a time. Many are kept in captivity for their entire lives.

“The farming of bile was actually designed in North Korea, but it moved into China in the 1980s,” Garshelis told The New Economy. “From the standpoint of a communist government, it was designed as a way to satisfy the medical demand for bear bile. So they felt that they had a country of people of which a large proportion use traditional medicine, and there wasn’t actually enough bear bile to go around… They couldn’t supply it, and so they were trying to find a way to develop a larger supply, and that’s how this farming came to be.”

While synthetic bear bile may well do little to reduce demand for the real thing, it is currently being explored for some potentially phenomenal developments in western medicine

Heart transplants
That bear bile has some incredible properties is hard to deny. In fact, it’s something that Paul Iaizzo, a professor in the departments of surgery, integrative biology and physiology at the University of Minnesota, has been examining for more than 20 years.

“We have been studying hibernating black bears… and what’s amazing about these bears [is that] for four to six months they can elicit extremely low heart rates and they remain mildly hypothermic – their body temperature goes down to only 35 or 36 degrees centigrade [but] they lose very [few] functional abilities,” Iaizzo said. “The heart rates can be as low as five or 10 beats per minute, and yet at any time they can be aroused and elicit a ‘flight or fight’ response… to defend themselves against predators, which is really amazing. Further, they lose very little to no skeletal muscle or cardiac masses or functions; that is again during this period of anywhere from four to six months where they’re in a state of total starvation and taking little or no fluids.”

Taking this understanding and applying it to modern medicine, Iaizzo and his team are currently using synthetic bear bile – a high dose of fatty acids and delta opioid agonists, which are upregulated in hibernating bears – in a bid to improve the success rates of surgical outcomes and organ transplants. Essentially, in the same way that the unique blend of chemicals helps sustain a bear’s organs from going into atrophy during the hibernation period, it can be used to protect human organs during the transplant process.

“Routinely, our laboratory will isolate large mammalian hearts for reanimation,” Iaizzo told The New Economy. “We’ll often precondition the organs, and we have been able to show enhanced viabilities if we do that. If we use a preconditioning of delta opioids, fatty acids, bear bile acids or some combination of these, we have elicited improved functions immediately after reanimation and for extended periods.”

This could be a game-changer for organ transplants. At present, there is only a narrow window of around six hours in which a heart can be removed from a donor and transplanted into a recipient. Synthetic bear bile, however, could theoretically increase this by up to 24 hours, meaning that a heart could be transported to pretty much anywhere on the planet. By increasing the number of organs available, thousands of people waiting for heart transplants could be saved.

It could also help with the procedure itself. Transplanting a heart involves removing it from the donor, packing and icing it, and oftentimes transporting it to another location. During this time,
ischaemia, where the organ is prevented from getting enough oxygen, can occur. But Iaizzo believes that preconditioning the heart with these upregulated hibernation factors from bears could limit ischaemic damage. This is particularly crucial for organ recipients who have other medical issues, aside from cardiac problems.

“If I can minimise the consequences of ischaemic damage and put that heart – or any organ – in that recipient, it should function better immediately, it might decrease complications and the ICU [intensive care unit] stays, and [lead] to long-term better outcomes,” Iaizzo said. “So this is what we’re pretty interested in.”

Muscle atrophy
There’s potential for other areas too, particularly in terms of muscle weakness and patients who have been immobilised during intensive care. As Iaizzo explained, despite various methods to help alleviate this, patients can fall into hypercatabolic states, in which they can lose up to 50 percent of their muscle mass within just a few weeks. “And when that happens, very typically they’ll end up on the ventilator, and if that happens the outcomes are usually not good,” he added.

As such, Iaizzo is examining how bears manage to maintain high levels of muscle function and lose minimal skeletal and cardiac muscle masses while immobilised during hibernation, and how this can be applied to such patients. His research starts with looking at the cascade of hormones that is released during hibernation – also known as ‘hibernation induction triggers’.

“We’ve started out collaborating with Peter Oeltgen at the University of Kentucky… He had been looking at the plasma from hibernators and looking at these molecules, and showed that they had specific properties that could be protective of organs and muscle against ischaemia,” Iaizzo said. “And so we then started looking more into that and [bears] actually have increased levels of these hormones during hibernation, as well as increases in their circulating bile acids and fatty acids. So then we’re trying to tease apart which is most critical – is it the circulating hormones, bile acids or the high levels of fatty acids or a required combination? And so, if we could figure that out, there might [be] greater applications to human medicine relative to patients in the ICU or organ transplantation, or just cardiac surgery in general.”

Natural versus synthetic
Iaizzo and his team are doing some fascinating work with synthetic bear bile – using lessons learned from nature to improve the survival rates of those awaiting heart transplants is nothing short of extraordinary. It also demonstrates that there is viability to using synthetic bear bile as opposed to the real thing, which, considering the methods employed and the sources themselves, is inarguably cruel.

But whether this lesson will translate to those still poaching and farming bears, or those selling and using bile, is unlikely. Traditional Chinese medicine involves a deep-seated belief system for the millions of people who use such treatments. “They really believe in a balance in taking their medicine… and that the bear bile itself, with all of its components… has a more balanced effect on your body than just what is considered to be the ‘active ingredient’ – a compound called ursodeoxycholic acid, which can be created in a lab,” Garshelis explained.

The notion of using natural remedies is fundamental in traditional Chinese medicine, and this is where synthetic alternatives fall short. “There is the belief that the bile that comes from a bear, which is composed of many different compounds that have yet to be synthesised, is just inherently better than artificial bile, where these substances are absent,” Garshelis added.

While synthetic bear bile may well do little to reduce demand for the real thing, it is currently being explored for some potentially phenomenal developments in western medicine. It also highlights the possibilities available to scientists when they study the countless facets of the natural world. “Maybe we should go back to these more natural remedies and look back to the past,” Iaizzo said. “For example, many have been used in eastern medicine for thousands of years.” Indeed, imagine what treasures of information there are out there to be discovered –
or rediscovered, as the case may be.