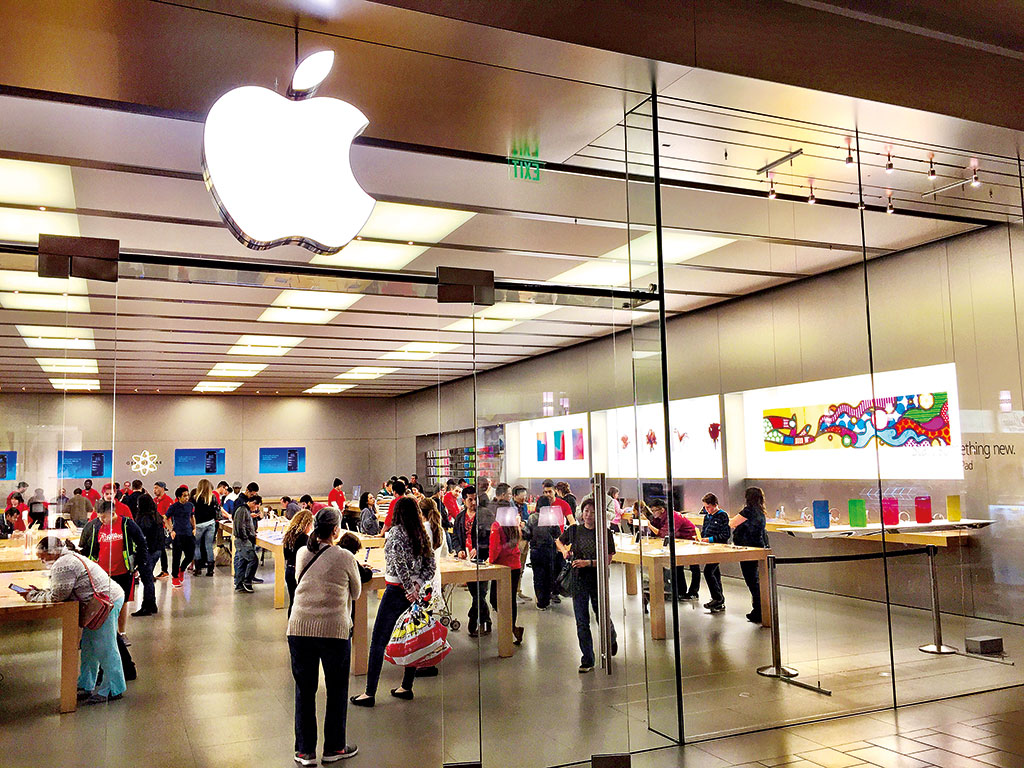 The increasingly bitter battle to dominate the mobile computing market has led to its two leaders, Google and Apple, making frequent pronouncements over their latest software advancements – no matter how minor – in an effort gain an advantage over each other. This one-upmanship might seem petty and inconsequential sometimes, with each firm copying or modifying the other’s designs and claiming them as revolutionary changes in software, but sometimes a breakthrough is made by one firm that dramatically shakes up the way the other operates, sending a wave of inspiration through the industry.

It seems such a development is about to occur in the form of apparently self-aware, intelligent operating systems. When Google Now was launched in 2012, it was the first attempt at offering users a system that would try and predict what they needed, before they even typed anything into a search bar. It did this based on a number of contextual parameters – mostly around location and time.

Google knew something we didn’t. It knew that Apple’s taste was a temporary advantage

Google the pioneer
Beginning as a mere intelligent personal assistant built into Google’s Android operating system, Google Now has evolved into an integral part of how people interact with their phones. As part of its Search application, Google Now recognises repeated actions made by a user, such as frequently travelling to a certain place or repeated calendar appointments, and offers up card-based suggestions for the user. These come in the form of directions, appointment cards, and other useful information. They include weather, event reminders, concert information, boarding passes, flights, birthdays, nearby events, public transit information, translation, restaurant reservations and even parking locations.

Google has since announced a further evolution of its Google Now service: Now On Tap. Unveiled at its I/O event in May, Now On Tap will attempt to fully understand what a user wants based on what they are doing with their phone. For example, a text message mentioning going for a drink will bring up information about nearby bars for both the receiver and the sender, as well as automatically creating a calendar reminder. It will also work with other apps, bringing up information based on what a user is doing with them. Some of these third party apps that will use Now On Tap include Airbnb, Fandango, Lyft, Pandora, The Guardian and Duolingo.

At the launch in May, Google Now’s lead developer Aparna Chennapragada, said Now On Tap would quickly learn what users need based on the text on the screen they’re reading. “The article you’re reading or the message you’re replying to is the key to understanding the context of the moment. Once it has that understanding, it’s able to get you quick answers and quick actions”, she said.

The opposition fights back
Such has been Google Now’s influence that Apple has now announced its own version of the contextually aware personal assistant, dubbed Proactive, which works within its Siri voice assistant platform on iOS. Proactive, announced in June as part of Apple’s iOS 9 operating system, was released to the public in September.

Working in much the same way as Google Now, Proactive brings up information for a user based on the time of day: from traffic information on their route to work early in the morning to film suggestions at the cinema in the evening. At the same time, it will offer weather information, remind the user of repeat events, and many other useful services. It marks a big evolution for iOS, which has for many years taken a more incremental approach to its upgrades, with Apple focusing more on aesthetics than dazzling new capabilities.

According to tech writer John Brownlee, Apple has been particularly slow to see the potential of AI in its software, instead choosing to focus on superficial user interface (UI) designs. “The thing is, Google knew something we didn’t”, he said. “It knew that Apple’s taste was a temporary advantage. It knew that designing a host of functional, universally integrated services was harder than designing pixels. And in the protracted thermonuclear war between Apple and Google, which first started when the search giant launched Android in 2008, Google knew that, ultimately, it would be AI, not UI, that would win the war.”

Today, all the big players in the smartphone business are clamouring to get a piece of the intelligent assistant pie. Microsoft has launched its Cortona platform: an intelligent personal assistant, much like Apple’s Siri, working on its Windows Phone platform, as well as Android and iOS. Amazon has also announced its own assistant, Echo: a voice command platform that can be bought to sit in homes and used to give search information on news, as well as play music from a number of other services.

Yahoo chief Marissa Mayer has also recognised the importance of AI platforms within the smartphone business. In 2014, Yahoo acquired New York-based startup Wander (whose program acts as a visual diary) and the firm Aviate (whose service organises apps on a phone’s home screen depending on context). Around the time of the deals, Mayer spoke of how tying all these services into an intelligent platform was the future. “Think about how much your phone understands about you – your contacts, calendar, emails and images – and what happens when that context becomes part of the search experience. The future of search is contextual knowledge, and we are investing in the future.”

Writing in Time in July, leading consumer technology analyst and futurist Tim Bajarin said he expected all the big tech firms to invest considerable amounts of money in developing their intelligent software platforms. “The consumerisation of AI is set to be the next major battle in mobile as Google, Apple, Microsoft and more duke it out to offer shoppers the smartest smartphones. This fight will drive differentiation between devices, especially in mobile, where hands-free use is often critical.”

While these new AI assistants are set to transform smartphones into far more useful organisational devices than before, the technology won’t merely end there. Apple has incorporated Siri into its new Apple TV box, which will eventually act as a hub for people’s home-automation, enabling users to control heating, lighting and various other home services with their voices. At the same time, Proactive will start to learn habits and take away the hassle of turning on a light switch from its owner. Google is already in this market, having acquired Nest Labs, the smart thermostat company, for $3.2bn.

With computers now able to predict exactly what a user needs before they can even ask for it, the possibilities seem endless – and potentially terrifying.