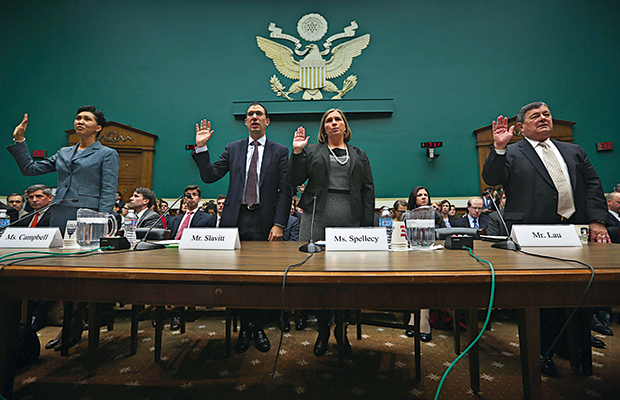 President Barack Obama’s controversial healthcare reform – also known as the Affordable Care Act (or Obamacare) – has been newspaper fodder for the last six years. During his campaign for re-election, barely a speech passed without it being mentioned by the President or his opponent. Though Obamacare had already passed some significant legislative hurdles by that point, the campaign centred on that issue: vote for Obama if you want the care act, vote for Mitt Romney if you want to repeal it. Which is why it comes as a bit of a surprise that now, over a year after the re-election, Obamacare remains in the news despite it being on the cusp of implementation.

It seems that, while trying to get the act passed and instated, the Obama administration didn’t think too much about how to get it implemented. After going live on October 1, the Affordable Healthcare website – where people can register for Medicare and Medicaid services – failed to cope with the huge demand. The site crashed almost immediately, leaving millions of people in the lurch. The act requires most Americans to be at least enrolled in health coverage by the end of March or they might face penalties – but as the website continues to struggle, it seems unclear whether this will be achieved.

A shaky start for Obamacare

It has since transpired the administration suffered from a shocking lack of foresight: up to 40 percent of the technology necessary to run the insurance marketplace required for Obamacare to function properly is still not in place. Henry Chao, the Deputy Chief Information Officer of Centres for Medicare and Medicaid Services told an Energy and Commerce Oversight and Investigations subcommittee hearing that “it’s just not working. It’s still being developed and tested”.

The failure of the website and registration process has been a severe blow to Obama. His Affordable Care Act is meant to revolutionise healthcare in the US and could very well define him as a president. For Obama, the smooth rollout of registration and coverage could be a crowning glory or the straw the broke the camel’s back.

On November 14, after six weeks of trouble with the website, the President was forced to stand before the US public and say, during an almost-hour-long speech: “That’s on me. We fumbled the rollout on this healthcare law… I think it’s fair to say that the rollout has been rough so far. Yesterday, the White House announced that, in the first month, more than 100,000 Americans successfully enrolled in new insurance plans. Is that as high a number as we’d like? Absolutely not. But it does mean that people want affordable health care. The problems of the website have prevented too many Americans from completing the enrolment process, and that’s on us, not on them.”

Chronic mismanagement of governmental IT schemes
If it seems like a tremendous oversight that the Obama administration would have worked so hard at passing the act, only to let it fail because of a poor IT strategy, that’s because it is. However, as far as technological innovation goes, the Obamacare shambles is far from the exception for governments; the UK is going through a similar situation as the Department for Work and Pensions (DWP) fails to implement its Universal Credit IT system that would enable the government to streamline the welfare system.

The DWP’s Universal Credit IT system: An expensive experiment?

In September, the DWP announced it was writing off £34m spent on IT work that would enable the new benefit to be rolled out across the country in 2014. The National Audit Office released a damning report in September claiming the programme has been plagued with “weak management, ineffective control and poor governance”. The report went on to conclude that “over 70 percent of the £425m spent to date has been on IT systems. The Department, however, has already written off £34m of its new IT systems and does not yet know if they will support national rollout.

The existing systems offer limited functionality. For instance, the current IT system lacks a component to identify potentially fraudulent claims so the Department has to rely on multiple manual checks on claims and payments. Such checks will not be feasible or adequate once the system is running nationally. Problems with the IT system have delayed national roll-out of the programme.”

This systemic failure to produce workable platforms has meant the Universal Credit was not phased-in in 2013, delivering a harsh blow to one of the coalition government’s cornerstone policies: welfare reform. As with Obamacare, a controversial and long-fought-for policy is in jeopardy because of incompetence in the tech department.

It is inexplicable that both the Obama administration and the UK coalition government would allow this level of inefficiency to hamper fundamental programmes. But chronic mismanagement of governmental IT schemes is by no means confined to these two administrations: in fact, it seems there is a global tendency to underestimate the demands of such complicated systems. There is also a lack of foresight into sourcing the best talent to run these programmes.

Public sector IT professionals need to keep up with the times
In an age when social media dominates public discourse, and websites such as Facebook and Amazon effectively process the information of hundreds of millions of people every day, it is inexcusable for governments to fail to do the same. Of course, the information processed for enrolling in Obamacare or rolling out Universal Credit is significantly more complex, but the technology underpinning the programmes does not have to be.

There is a shocking lack of renovation in IT when it comes to governments. Sean Gallagher reported on Ars Technica that some US government servers still run on Windows Server 2003: a decade-old and practically obsolete piece of software. “Magnifying the problem is the government’s decades-long increase in dependency on contractors to provide even the most basic technical capabilities,” said Gallagher.

As the private tech sectors boom in both the UK and the US, the internal government IT departments are left depleted and under-resourced.

“While the Obama administration has talked of insourcing more IT work, it has been mostly talk, and agencies’ internal IT management and procurement workforce has continued to get older and smaller.” This type of program was phased out in the private sector at least half a decade ago, and no self-respecting private tech company would be coding anything new or useful for such an antiquated platform.

There is a further issue: an ageing workforce. In the US, up to 50 percent of federal workers are over 48 years old. In the UK, the average age of a public sector worker has been increasing steadily, according to the Office of National Statistics. As the private tech sectors boom in both the UK and the US, the internal government IT departments are left depleted and under-resourced. There is an urgent need for a root-to-branch renovation of these departments, and governments need to do more to attract better and more creative talent.

Then there is the added issue that the lack of resources for these departments has meant talented young people are looking for tech jobs elsewhere. Matt Linton, who works as a ‘digital fire-fighter’ for NASA and is headhunted by the private sector, recently told the Washington Post: “No matter how much you love your job, everybody has their limits. If Congress wanted to force young people out of federal jobs, then they are doing a great job.”

Having strong and modern IT departments is not only a matter of efficiency: in the modern market, it is about survival. Even the smallest start-ups invest in solid IT systems because they know, today, it is the foundation of a good business. Which, of course, makes it inexcusable governments are wasting precious resources on unworkable, inefficient, yet fundamental programmes.