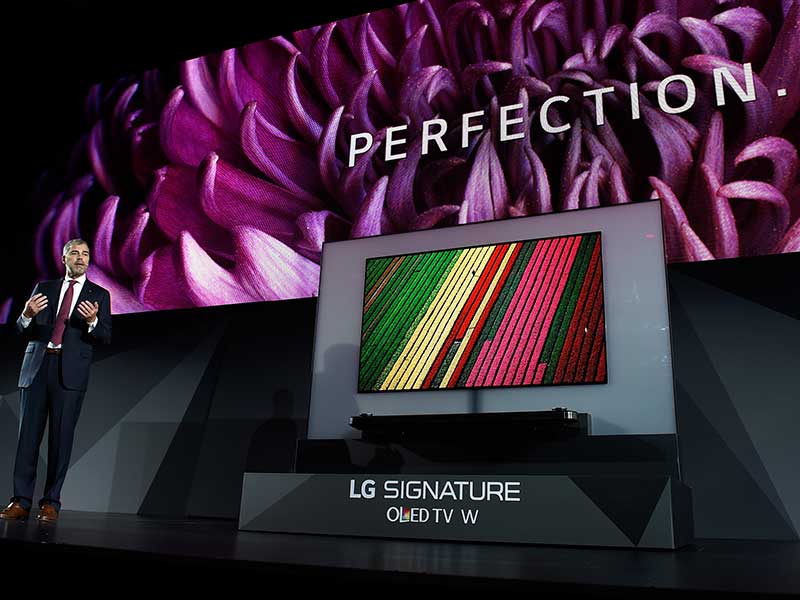 LG has announced it will invest $13.5bn over the next three years to upgrade its production facilities for organic light-emitting diode (OLED) screens, allowing it to expand output and meet the rising consumer demand for flexible, high definition screens in both TVs and smartphones.

Until recently, OLED screens had been costly to produce, prompting companies to only provide them in top-of-the-range models. However, companies like Samsung and LG have consistently invested in production techniques to streamline the process, bringing costs down in order to take OLED technology to the mass market. Meanwhile, smartphones have also emerged as a growing market for OLED screens, with Apple now named among LG’s customers.

As OLED screens become cheaper, their popularity is set to soar, with OLED displays considered to provide a far greater image quality than LCD or LED counterparts. While previous screen technologies have required a backlight to illuminate images on the screen, OLED screens emit light as the current passes through, yielding a much sharper and vibrant image.

The image quality is improved, in some part, by the ability to display a true black. Backlit TVs, by their very nature, illuminate the whole screen with the same level of brightness whether displaying black or white images – meaning black images are never truly black.

The stark black enabled by an OLED screen results is a very clear image, with areas of white and colour appearing comparatively very vibrant

While manufacturers have attempted to solve the ‘true black’ problem by adding an LED panel behind the screen to apply varying degrees of brightness, the results have often been patchy and out of sync. Meanwhile, OLED screens are perfectly synchronised.

The stark black enabled by an OLED screen results is a very clear image, with areas of white and colour appearing comparatively very vibrant. The screens are also more energy efficient and, since the light source has been stripped out, can be much thinner. OLED screens can even be rendered on flexible plastic, hence the possibility for curved TVs.

A considerable amount of LG’s planned investment is earmarked for domestic use, with the South Korean firm stating it plans to spend $7bn at home by 2019. Plans also include investment in OLED production capacity in China, where the company already owns a panel production plant in Guangzhou.

In a statement, LG said: “The customer base for OLED TVs and signage displays is expanding, alongside rapidly increasing OLED demand from the mobile and automotive markets.”

While Samsung is currently the dominant player in OLED development, LG is a close second. With this investment, LG will be hoping it can maintain its share of the booming market, and possibly take a cut of Samsung’s as well.