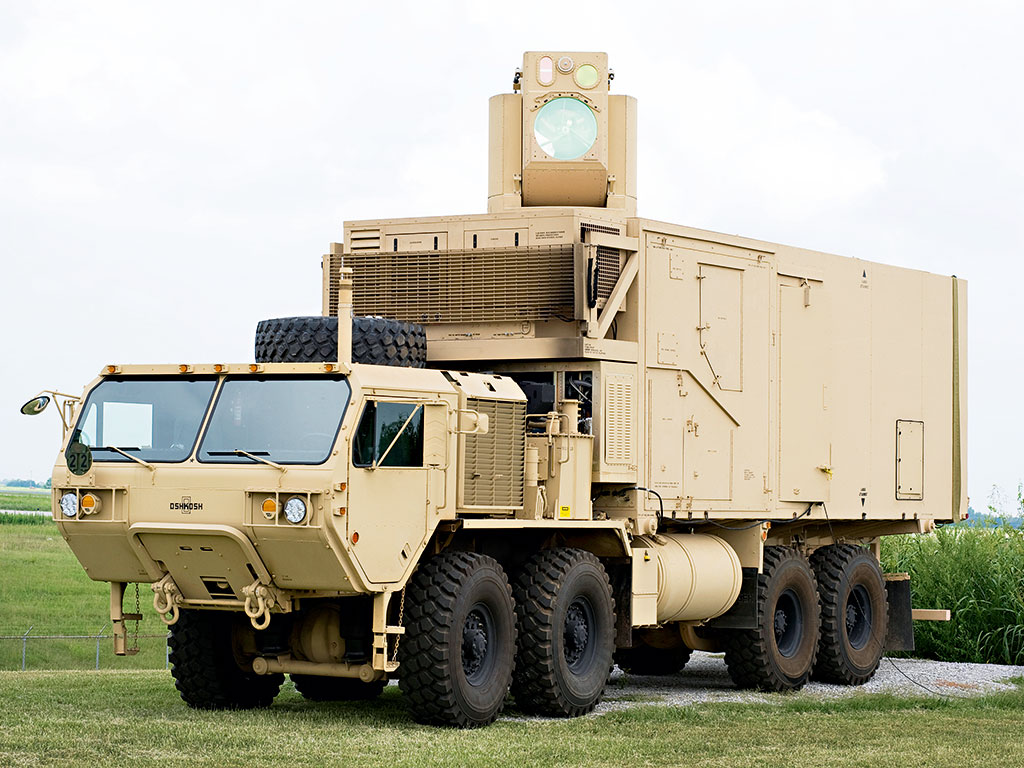 For years, the concept of a weaponised laser has sat in the back of man’s collective imagination, but thanks to the US aerospace and defence company Boeing, it could one day become a reality. Boeing has a long history of offering its engineering and scientific support to the US Armed Forces under an Innovative Research and Optical Site Support contract extension of the Air Force Research Laboratory. Over the years, it has developed and designed laser defence systems for both land-based and maritime environments.

“Boeing’s teams of highly skilled engineers and scientists at these sites have provided decades of world-class support services, as well as laser and adaptive optics research”, said David DeYoung, an executive at Boeing Laser Technical Services, in a statement on the company’s website. “We are pleased to be able to work with our Air Force customer to continue to provide the innovative technologies and affordable services that are essential to advancing these programmes.”

Precision weapon
Late last year, the US Army and Boeing unveiled the capabilities of one their joint projects: the High Energy Laser Mobile Demonstrator (or HEL MD for short). During the demonstration, the prototype was attached to an Oshkosh tactical military vehicle, which allows the technology to be mobile, as well as making it the first high-energy laser anti-projectile rig to be fully researched, developed and deployed by the US Army.

“It has a very game-like feel”, Boeing’s electro physics engineer Stephanie Blount told Nature, in reference to the system. “It’s a very cost-effective solution to taking out cheaply made weapons like small mortars or rockets made out of sewer pipe.”

The fact the tests were carried out in the middle of a desert points to one of the big problems laser weaponry faces: its effectiveness in the battlefield is dramatically reduced when operating in cloudy or foggy conditions. However, Boeing and the US Army think they may have finally cracked this problem.

“Under windy, rainy and foggy weather conditions in Florida, these engagements were the most challenging to date with a 10kW laser on HEL MD,” said DeYoung. “As proven at White Sands Missile Range in New Mexico in 2013 and at Eglin Air Force Base this spring, HEL MD is reliable and capable of consistently acquiring, tracking and engaging a variety of targets in different environments, demonstrating the potential military utility of directed energy systems.”

He added: “With capabilities like HEL MD, Boeing is demonstrating that directed energy technologies can augment existing kinetic strike weapons and offer a significant reduction in cost per engagement. With only the cost of diesel fuel, the laser system can fire repeatedly without expending valuable munitions or additional manpower.”

Boeing and the US Army were able to show off the technology’s prowess in last year’s demonstrations. The team managed to take down over “150 aerial targets, including 60mm mortars and unmanned aerial vehicles (UAVs)”, according to a statement released by the aerospace and defence contractor.

The next challenge for the development team is to test how the HEL MD will perform after increasing the overall power of the laser. More recently, in February, Boeing was given a $29.5m contract by the US Navy and asked to design and develop a laser beam control system with the intention of it being used aboard a naval warship to bring down aerial targets.

Work in progress
But despite these significant milestones, there is still a long way to go. According to a poll of US national security specialists taken last year, only 20 percent of those asked believed laser weapon technologies would be a truly viable option within the next 10 years.

In fact, many of the defence contractors and weapons manufacturers are hesitant to confirm a date when the technology will be fully fit for purpose. According to Nature, many companies believe it could take up to five years before a truly fully operational system will be ready and, despite Boeing’s tests, adverse weather conditions will make conventional countermeasures more effective.

“It’s very, very far from Star Wars in all kinds of ways”, explained Andy Extance, the writer behind the Nature article, in an interview. “The one [thing] that I guess perhaps disappointed me the most is the fact that there is no ‘pew pew pew’ noise kind of going on. You can’t see the laser beams, you can’t hear them, it’s hard to know that anything is going on a lot of the time.”

All in all, the technology, for the time being at least, is a useful alternative for protecting naval vessels from incoming missiles and UAVs, but it’s still not reliable enough for us to do away with traditional forms of defence just yet. For now, practical, weaponised lasers remain a fantasy, but there is clearly a concerted effort to improve the technology: one that may help save many lives in the future.