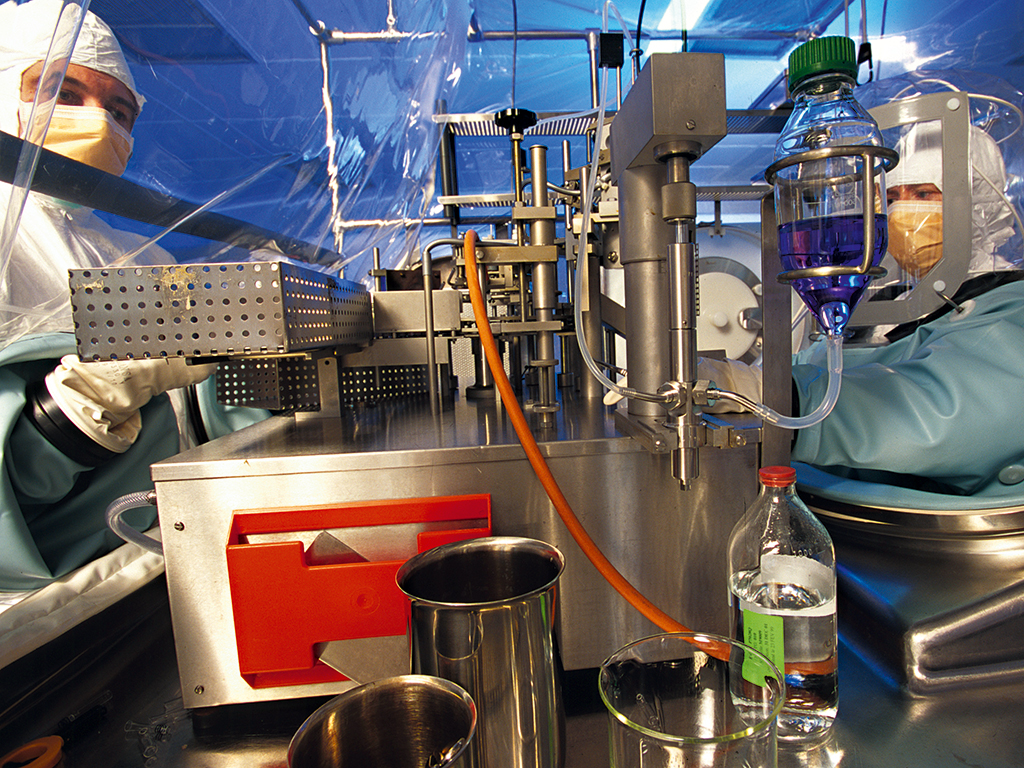 A controversial cure? CRISPR technology could eradicate diseases such as diabetes and cancer by eliminating the genes that cause them. AstraZeneca has recently announced it will be promoting research in the field

Eradicating the most deadly inherited diseases is a hugely important area of scientific research, but one that has posed considerable hurdles. Scientists have been desperately trying to develop new methods of treating such things as heart disease, diabetes and cancer for many years, but much of their research has gone towards treating the illnesses rather than preventing them. At the same time, big pharmaceutical companies have been competing to be the first to market with revolutionary – and hugely lucrative – new drugs.

A significant development in the field of biotechnology emerged at the start of this year – one that could lead to a radical change in the way these diseases are battled. It may even help prevent them occurring in the first place.

At the end of January, British pharmaceutical giant AstraZeneca announced it would be undertaking a research programme to develop medicines that would target genes that cause many of the most lethal diseases around. The company is using a method known as CRISPR (Clustered Regularly Interspaced Short Palindromic Repeats), sometimes called ‘genetic scissors’. AstraZeneca hopes medicines can be developed that better fight diseases by removing the genes that cause them, while also providing cheaper and more efficient treatments.

In a statement to reporters, AstraZeneca’s Mene Pangalos, Head of Innovative Medicines and Early Development, said the technology could prove to be a powerful way of studying disease: “CRISPR is a simple yet powerful tool that enables us to manipulate genes of potential importance in disease pathways and examine the impact of these modifications in a highly precise way.”

What is CRISPR?
Scientists have been researching human genes ever since the decoding of the human genome was completed in 2000. The project gave hope to many researchers that, one day, they could discover the genes that caused specific diseases, helping them prevent and treat illnesses.

In late 2013, a breakthrough in genetic editing was announced: a team of researchers led by Jennifer Doudna at the University of California, Berkeley, unveiled the CRISPR technique. Since then, scientists around the world have been looking at ways to harness this method to help discover whether diseases ranging from Down’s syndrome to types of cancer could be eliminated.

AstraZeneca is the first major pharmaceutical company to officially commit considerable amounts of money and resources to developing CRISPR. The scheme is being conducted in collaboration with the UK’s Wellcome Trust Sanger Institute, as well as California’s Innovative Genomics Initiative, and the Broad Institute and Whitehead Institute in Massachusetts.

It’s thought many other pharmaceutical firms are also looking at utilising the technology so they can create cheaper, more efficient and effective drugs for a whole range of illnesses. According to AstraZeneca’s Lorenz Mayr, the Vice President leading the project, the technology was a major breakthrough on a scale not seen for decades: “You can’t stop the science. It is one of the biggest developments in the area of biotechnology in decades”, he told the BBC.

Ethical issues
However, despite the potential of the breakthroughs, many people are voicing concerns over the ethical issues of gene editing. London-based Professor Robin Lovell-Badge, of the National Institute for Medical Research, told The Independent after the unveiling of CRISPR in 2013: “The techniques are amazing and it was very appropriate to highlight them and begin the debate about how they should be used in humans. But it is far too early to contemplate using these methods to alter the human germline [sperm, eggs and embryos]. Indeed, it would be illegal to do so in the UK and many other countries.

“However, what is clear is that the new methods deserve proper consideration and debate, and not just either hype or condemnation, so that the wonderful opportunities they present can be applied sensibly and with public support.”

Harvard University’s Professor George Church – one of the first scientists to successfully use CRISPR in human and mouse embryos – told The Independent a public conversation over the ethics of the process was necessary. “Talking about the future is better than letting it sneak up on us. We need to do more of this or we will be left with very limited vocabulary in the space between positive and negative hype”, he said.

Despite this, some feel the benefits far outweigh the potential ethical issues. Dr Dagan Wells, an IVF scientist at the University of Oxford, told the paper: “If this new technique succeeds in allowing perfectly targeted correction of abnormal genes, eliminating safety concerns, then the exciting prospect is that treatments could be developed and applied to the germline, ridding families and all their descendants of devastating inherited disorders.

“It would be difficult to argue against using it if it can be shown to be as safe, reliable and effective as it appears to be. Who would condemn a child to terrible suffering and perhaps an early death when a therapy exists, capable of repairing the problem?”

Out in the open
AstraZeneca’s public announcement is aimed at allowing an open platform for researchers to explore the possibilities of CRISPR technology. Mayr told the Financial Times: “The field is moving so fast that developing CRISPR behind closed doors wouldn’t work. This is a true collaboration in which the results will go into the public domain, in keeping with our ‘open innovation’ approach to R&D.”

While there remain ethical considerations that need to be discussed, developing the technology in the open in the way AstraZeneca is doing is surely the best way of seeing just how powerful this new method of treating diseases is.

With scientists feverishly working on ways they can prevent diseases through editing genes and big pharmaceutical companies starting to invest heavily in the technology, it seems a major revolution in healthcare is imminent. The implications of being able to prescribe medicines that are specifically tailored to people will drastically improve their effectiveness, while it will also bring down prices, helping to eradicate some of the biggest killers in the world.