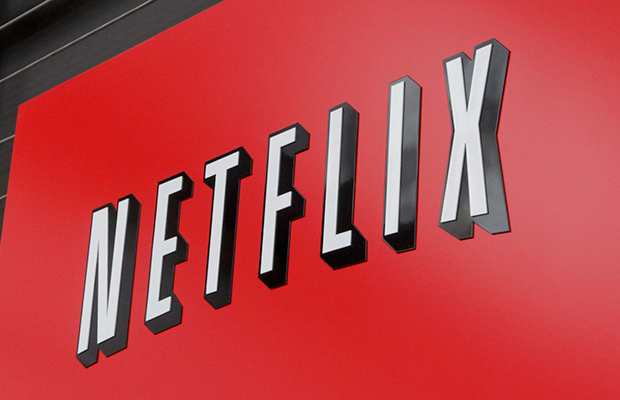 Netflix has suffered from lower-than-expected subscriber numbers. However, it can be argued that short-term losses are worth the long-term market share

Despite expanding in six European countries, Netflix was met with a lower-than-expected subscriber growth in its third quarter. The Wall Street Journal reported the US TV services provider added 980,000 US customers, much lower than its forecast of 1.33 million.

Mintel analysts believe Netflix’s price increase last year was only partly to blame for disappointing users in the third quarter, as shares in the Californian company fell 26.4 percent. Mintel Senior Technology and Media Analyst Samuel Gee says the number of domestic and international subscribers for Netflix increased, albeit at a lower rate than anticipated. Gee adds the reason could be down to competition: at the same time as Netflix recorded its disappointing numbers, HBO had also announced its new subscription service which served to hurt the pay-TV giant. A day later, CBS announced an internet subscription which provides access to nearly all of the company’s content with little to no delay.

But although Gee says competition between wider providers like Amazon and HBO might be to blame for the decline in shares and the lower-than-expected subscriber number, there seems to be additional reasons. The streaming service’s less-than-successful expansion into Europe could be food for thought. Europe was the company’s newest market outside of North and South America when it opened its doors to the UK and Ireland in January of 2012. Back then, the company was met with a mixture of positivity and indifference. After expanding in countries such as Germany and France this year, it can be said Netflix’s European expansion is not as successful as its establishment in its home market.

According to the LA Times, Netflix has 14 million subscribers overseas, compared with 36.3 million paid members in the US. Research conducted by Mintel suggests 36 percent of Americans have used Netflix, which equates to 78 percent of those who have a paid TV subscription, and a third of US consumers use Netflix, making up eight in 10 of the total pay-TV user base. This is in contrast to 14 percent of people in the UK who used Netflix in the last three months. But it seems the company is determined to stick it out and make the expansion in Europe work – especially in France where the company met its greatest resistance. French law requires at least 40 percent of programming on TV and radio to be made in France, making it extremely hard for Netflix to successfully break into the market.

Netflix has 14 million subscribers overseas, compared with 36.3 million paid members in the US

Despite this, it can be argued Netflix’s lower-than-forecasted subscribers are a naturally-occurring development in a successful company with goals to expand across the globe. Gee says the cost of international expansion saw Netflix increase its prices, which also would have lent itself to the lower rate of subscribers. The company had forecasted its international expansion in six additional European countries might lead to heavy losses, with predictions it would drop nearly 44 percent next quarter compared to last year. Slower domestic growth was forecasted to continue in the fourth quarter, projecting 1.85 million new customers, compared with the 2.33 million it added last year.

“It makes sense that as a firm evolves and reaches a greater proportion of the available market, its rate of growth will slow,” Gee says. “This might be happening slightly faster than initially anticipated with Netflix due to external pressures but, broadly speaking, the company is still showing strong growth.”

In this case, short-term losses are worth the long-term market share. If Netflix keeps pushing into the European market and continues to expand globally, the lower rate of subscriber growth and decrease in share price might just be worth the colossal success the company will encounter when it finally taps into the rest of Europe. It merely must make itself comfortable in those European countries less willing to accept the provider at first glance. With Netflix admitting to ‘deep interest’ in Australia and New Zealand, perhaps expanding to Australia and the Asia Pacific may be a good idea. The Australian Financial Review speculates the company may do just that next year. If Netflix can make such a positive name for itself in the US and South America, there is no doubt it will do the same globally – with time and patience.

Amazon’s LoveFilm service is getting rebranded as Prime Instant Video in the UK and Germany – working as a direct competitor to the US dominant streaming service Netflix. Since suffering a decline in 2012 when Netflix launched its European presence in the UK and Ireland, the company has been struggling to stay afloat and competing where it can.

Along with its rebranding, the company will include complementary access to the streaming video service for European customers that subscribe to Amazon’s annual Prime membership — just as it does in the US.

According to Digital TV Europe, Tesco is reportedly selling its movie and TV streaming service Blinkbox and is considering closing the business if a buyer can’t be found. The Times reported Tesco invested hundreds of millions since buying the company in 2011.

Thought of as a rival to Netflix and Lovefilm, Blinkbox operates along the same lines as Sky, meaning its titles are released sooner than the other two major companies. However, the company has been trying to make ends meet since announcing the closure of its Clubcard TV service.

ITV Player, previously known as ITV Online, provides an avenue to sift through the broadcaster’s channels. Despite this, the company is searching for a workable business model as it is only presently exclusive to Samsung’s smart TV’s and Android devices.

The service was originally called ITV Catch Up but was then rebranded in 2008 to create a recognisable trademark.

European startup TVLinks started to imagine itself as a global Internet TV guide and video search engine in 2010 – gearing up to battle the big US TV sites.

Back then, TVLinks claimed four million monthly visits and 20 million page views. In 2013 the company changed its name to TVMuse and the platform matured greatly through the development of features and signed agreements with various content creators.

TVMuse is unusual in that it doesn’t directly stream TV shows or movies, but instead links customers to a wide variety of hosting sites.