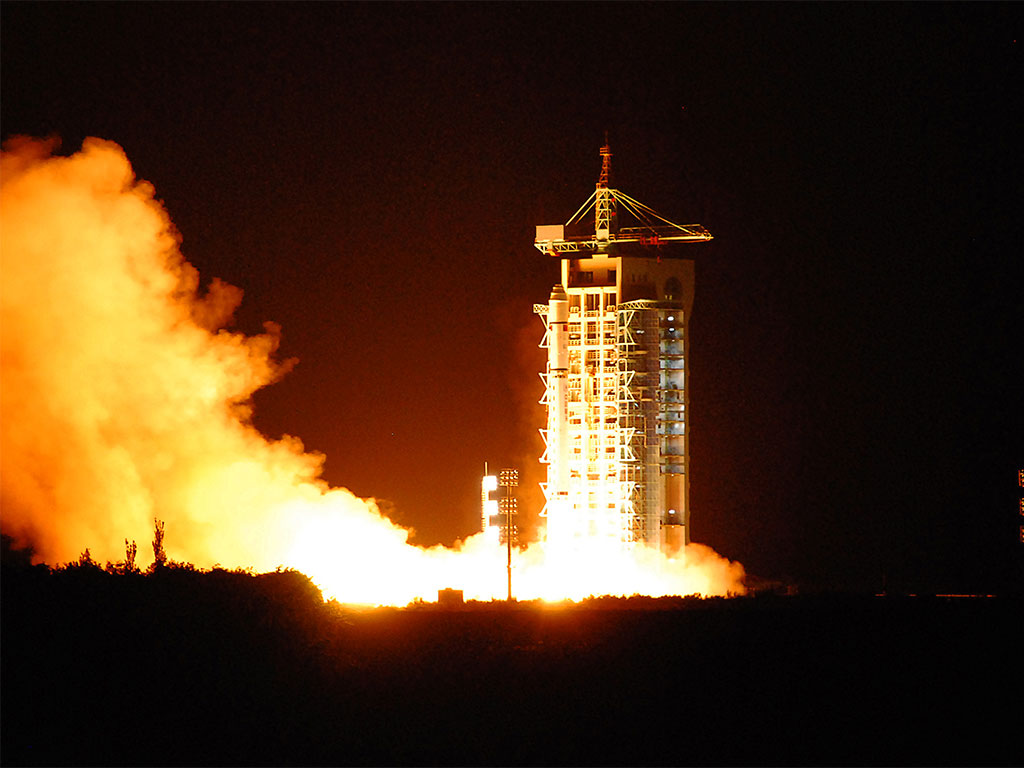 A rocket carrying the world’s first quantum satellite blasted off from the Juiquan Satellite Launch Centre in China’s Gobi Desert in the early hours of August 16. The pioneering satellite, nicknamed Micius after an ancient Chinese philosopher, is part of an ambitious project by the nation to develop a ‘hack-proof’ long distance communications system.

If successful, the 600kg satellite will achieve this aim by using entangled photons to send secure messages. Crucially, no transmission is involved in quantum communications, meaning that signals cannot be intercepted. Xinhua explained that “a quantum photon can be neither separated not duplicated”, making it theoretically impossible to hack any data encrypted using this method.

Once the nation’s satellite has entered its sun-synchronous orbit of earth, it will attempt to send unhackable messages between Bejing and the city of Urumqui in the country’s extreme west.

The 600kg satellite will achieve this aim by using entangled photons to send secure messages. Crucially, no transmission is involved in quantum communications

The newly-launched satellite is the latest milestone in China’s increasingly ambitious space programme, and sees the nation outpace its western rivals in the burgeoning field of quantum communications.

“The newly launched satellite marks a transition in China’s role – from a follower in classic information technology development to one of the leaders guiding future IT achievements”, commented Pan Jianwei, Chief Scientist of the quantum satellite project at the Chinese Academy of Sciences.

Aside from establishing China as a leader in quantum technology, the project also serves as a reminder of the nation’s growing concerns over cybersecurity. Efforts are ongoing in China to codify controversial internet restrictions in law, and the Great Firewall seems in no danger of collapsing anytime soon. This latest hack-proof communications project suggests that for China, cybersecurity is a more pressing issue than ever before.