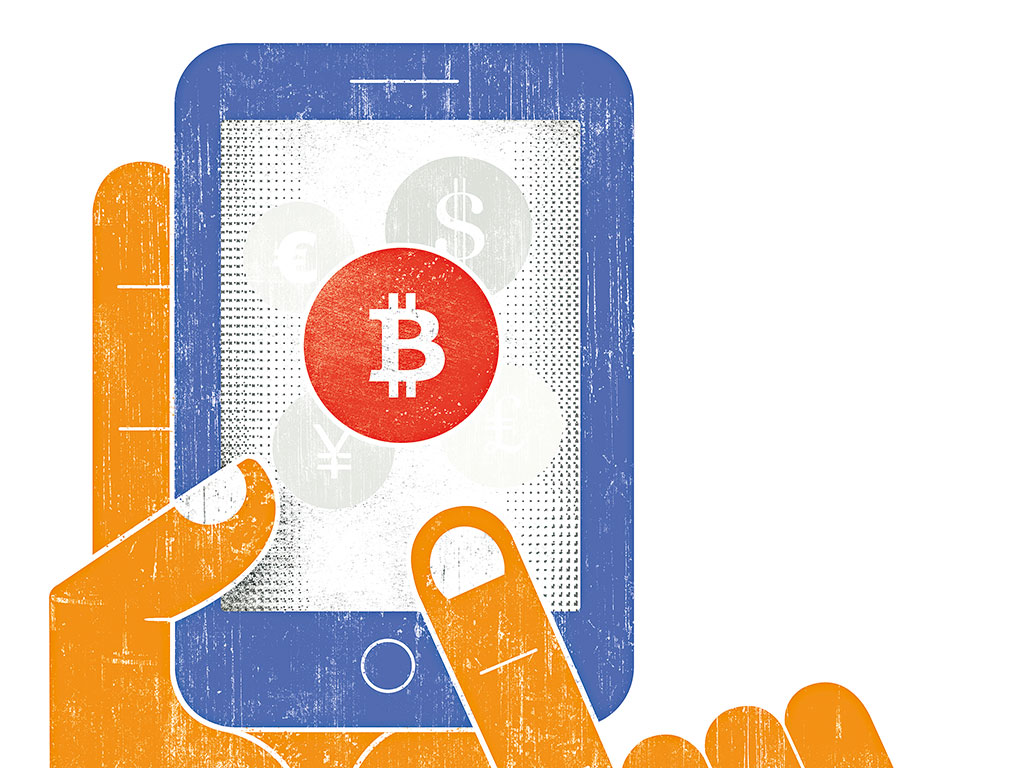 Many believe that blockchain, the technology behind bitcoin, could have many new applications

Some time in 2013, online currency Bitcoin emerged from the stranger corners of the internet and began attracting mainstream attention. It was actually created in 2009 and was for a long time championed almost exclusively by cyber-libertarians and online drug dealers. While interest has waned since the halcyon days of two years ago, the technology underpinning Bitcoin, known as blockchain, is increasingly being considered for other applications, from music streaming to historical record keeping.

Blockchain should streamline transactions made on the
NASDAQ exchange

Blockchain is a giant public ledger. Its use for Bitcoin has been to track who owns how much. The ownership of a bitcoin is essentially ownership of a piece of information, recorded on a long, ever expanding chain of blocks; currency units are transferred from one person to the next as part of a new transaction block, to which is added the previous blocks in the chain. A new block is added to the chain roughly every 10 minutes. So far, according to the The Economist, the Bitcoin blockchain is “already over 8,000 times the length of the Bible”.

This technology, decentralised and encrypted, records every detail in long chains of data. Thousands of computers – known as miners – update the system, so no centralised authority is needed to approve or oversee the validity of the information (i.e. the currency of Bitcoin) on the ledger. At the same time, the way the technology is designed makes it immune to being tampered with by any single user; each miner has to agree to each transfer.

This distributed blockchain network, which creates a permanent, public record of every single Bitcoin transfer (essentially just information updates), could be used to record far more. The hope is the block building technology can be applied to other areas where permanent and secure records with an open and clear ledger of ownership are needed.

Branching out
In June, NASDAQ agreed to start trials using blockchain for trading IPO shares. In a press release, the organisation said it would be working with the blockchain developer company Chain to determine how “to leverage the blockchain platform to facilitate the secure issuance and transfer of shares of privately-held companies. Chain, currently privately held, plans to be the inaugural company to use the blockchain technology on NASDAQ Private Market”. Blockchain, it is hoped, will allow stockholders to “seamlessly transfer securities between entities, and companies and their affiliates can be provided with a complete historical record of issuance and transfer of their securities. Importantly, the use of a blockchain-based distributed ledger can also offer integrity, audit ability, issuance governance and transfer of ownership capabilities”.

It is time-consuming and expensive to keep track of the ownership structure of a company. As MIT Technology Review noted, often “companies manage their own data in a spreadsheet program like Microsoft Excel, and pay lawyers to validate the information every time the table changes”. In theory, blockchain should streamline transactions made on the NASDAQ exchange and make ownership record keeping cheaper and more accurate.

Meanwhile, in quite another market, the music streaming industry has come under a lot of pressure for how it remunerates artists. A recent report by the Berklee College of Music and the Institute of Creative Entrepreneurship Rethink Music claimed “of the $15bn in global recorded music revenue for sound recordings reported by the IFPI for 2014, only a small portion of the money beyond the initial recording advances ultimately makes its way to artists as ongoing revenue”. Due to “faster release cycles, proliferating online services, and creative licensing structures”, it continued, “finances and revenue [are] even more complex to understand and manage”.

The complexity of the system means that, according to Coin Telegraph, “hundreds of millions of dollars are lost under the current system, in which musicians could not get hold of their revenues and the owners of a song are not accurately identified”. The most high-profile instance of underpayment of artists is the case of Taylor Swift, who in November 2014 received $500,000 for a year’s worth of streaming. While this figure seems high (it is the equivalent of selling 50,000 albums), the CEO of Big Machine, Scott Borchetta, pointed out it was pitifully low for an artist of Swift’s popularity.

Blockchain could offer a more thorough way of recording history

Blockchain, with its open ledger chains of data, offers a solution. As Coin Telegraph argued, “by keeping a public ledger of transactions, the deals between labels and streaming companies would not require third party organisations to take a cut of the revenues. By implementing blockchain technology, the payments would be automatically separated and distributed instantly”.

Making history
Ultimately, blockchain is a keeper of records. Away from being used to divvy up payments and recording ownership, it is also being touted as the ultimate record keeper of human history. Civilisations have been making and keeping records for the note of future generations since the advent of human writing, starting with Sumerian cuneiform tablets way back in the 31st century BC. The further back in recorded history we go, usually, the patchier the records get; fires, weather, nihilistic conquerors and other misfortunes have resulted in the loss of (obviously) unknown amounts of historical documents and chronicles. In more modern times too, governments and businesses have attempted to alter, fabricate and expunge politically inconvenient records. Blockchain could offer a more thorough way of recording history, without the possibility of manipulation or damage to material records.

The first Bitcoin transaction was made with the Genesis block chain in January 2009. According to David A Johnston, writing on the website Medium, this was “the first time, in the whole of human history, a truly persistent and immutable ledger of record began operating”. If blockchain does prove to be such a historic piece of record keeping, this will perhaps be its greatest legacy, beyond its usefulness for business operations in the present. The historians of the future will have a trove of endless information to sift through – assuming the private companies using them do not seal off blockchain records. Cultural historians will be able to meticulously study the structure of the early 21st century music industry, while stock ownership patterns could be fully reconstructed by economic historians.

As The Economist said: “Asked to name an event that has reshaped finance in recent years, bankers will point to the collapse of Lehman Brothers on September 15, 2008… Fintech types are more likely to mention something that happened six weeks later.” It meant the first use of blockchain, in the form of Bitcoin. Yet even if blockchain merely proves to be a minor technology fix for a few problems such as music streaming, the accuracy of the information it records could well change the way history is recorded.