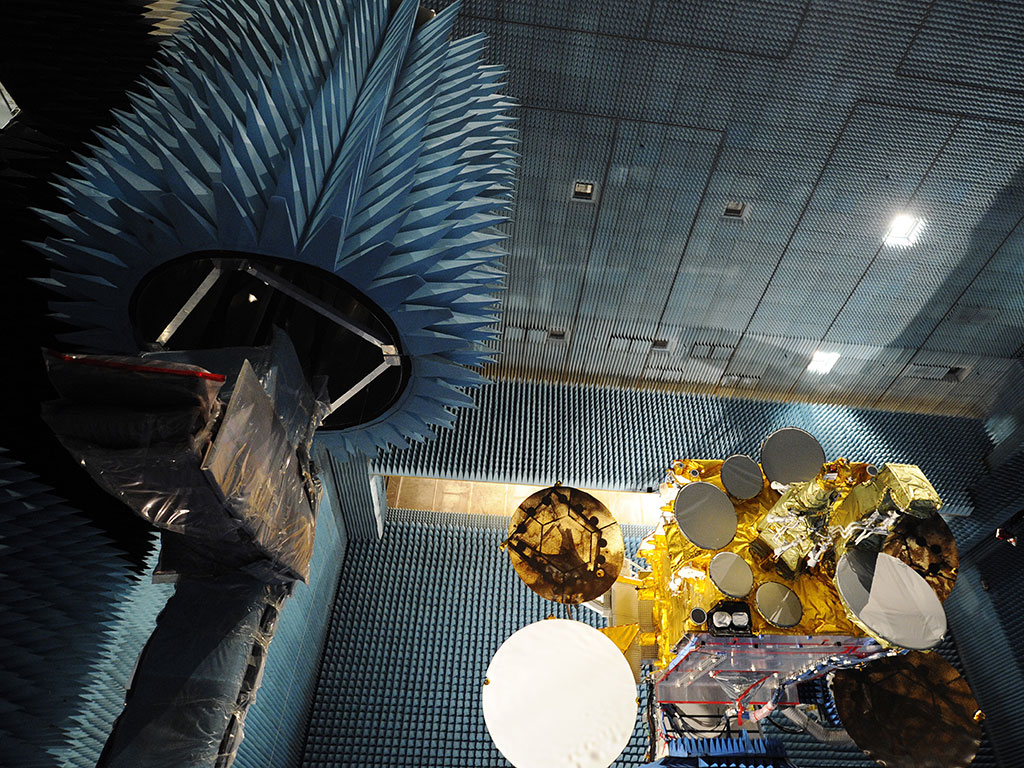 Eutelsat's previous telecommunications satellite, 3B, awaiting final checks in Toulouse in 2013. The new satellites will improve internet speed and access across the EU when they are launched in 2017 and 2019 respectively

The French-based satellite provider Eutelsat is partnering up with the Californian communications company ViaSat to launch a joint venture project that will expand the scope and speed of satellite broadband across Europe.

The plan is to launch three new satellites. The first two will focus on Europe, the Middle East, Africa and the Americas, with the third aimed at servicing the Asia-Pacific.

The new satellites will provide 1TB of network capacity

“The joint venture combines an unprecedented collection of expertise in satellite operations and technology, broadband networks, and wholesale and retail distribution throughout Europe that forms the foundation for next-generation internet services. We’re excited to be working with Eutelsat to bring a proven model to the European and Mediterranean markets.”

Construction is already underway on the first two satellites (ViaSat-2 and VisSat-3). Boeing is the official build partner for both, which are expected to be launched into geostationary orbit in Q1 2017 and Q4 2019 respectively.

The new satellites will improve ease of access to the internet and connection speeds, as well as providing 1TB of network capacity.

“Eutelsat has built an effective, high-quality, broadband platform for Europe in which ViaSat has played a key role as technical partner”, said Michel de Rosen, Eutelsat Chairman and CEO. “Broadband is an important component of our strategy, and we seek to partner with market-leading companies that contribute to enriching our offer.

“ViaSat is a partner that we both trust and value for its track record in setting industry standards and developing technologies that unlock broadband opportunities. Our joint venture will take our relationship to a new level and give further impetus to affordable, high-quality Internet services in Europe.”