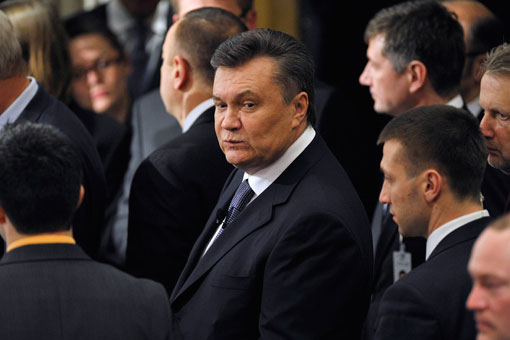 The relationship between the EU and Ukraine is currently regulated by the European Neighbourhood Policy, an instrument of European foreign policy designed to control relationships with countries bordering the EU.

The EU is increasingly seeking closer relations with Ukraine, which go beyond mere cooperation to a strengthening of political affiliations and even gradual economic integration.

The political dialogue between Ukraine and the EU dates back to 1994 when partnership and cooperation agreement was signed. The document focused on social and economic issues and on the need to improve civil rights, guarantee a free press, and improve public government.

Popular support for Ukraine integration into the EU
It seems that, although there was initially strong and increasing public support for Ukraine to join the EU and accept the euro as their national currency, this support has steadily waned over the last three or four years.

A poll conducted in 2004 by the University of Sussex found that 56 percent of Ukrainians supported EU membership, while 16 percent were against it. When the BBC did a similar poll in January of 2008, support for integration had increased to 63 percent, with 13 percent of respondents reporting that they were against the idea.

The strongest support for EU membership seems to come from residents of western and central Ukraine and from citizens between the ages of 20 and 39.

Kostyantyn Yeliseyev, Ukraine’s ambassador to the EU, said in a July 2011 statement that politicians and business tycoons from the Russian speaking eastern regions of Ukraine were as much in favour of EU membership as their colleagues in the west of the country.

In fact, he went as far as saying, “If any politician today in Ukraine declared himself to be against European integration, he would be politically dead.”

Recent developments
When the current President of Ukraine, Viktor Yanukovych, took over from his predecessor in 2010, many observers expected him to adopt a more pro-Russian stance.

He has since made it very clear, however, that although Ukraine is not interested in joining NATO, he would like to see a free trade agreement with the EU. At the same time he fended off attempts by Moscow to draw Ukraine into a customs union with Belarus, Russia, and Kazakhstan.

He emphasised that the document would form the basis of Ukraine’s integration into the EU.