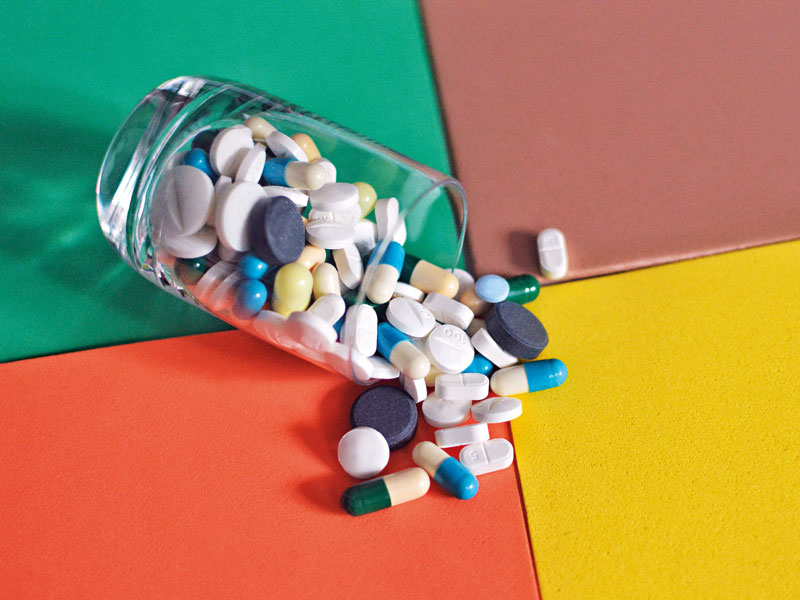 In May this year, G20 leaders committed to working together to address one of the world’s most pressing and perplexing security threats: antimicrobial resistance (AMR) – a fierce and evolving adversary against which conventional therapeutic weapons are of no use.

The threat is straightforward: bacteria and other microbes are becoming resistant to available medicines faster than new medicines are being developed. Every year, drug-resistant microbes kill about 700,000 people worldwide – more than three times the annual death toll from armed conflicts.

Stemming resistance
In 2014, a special panel commissioned by the British Government predicted that, by 2050, as many as 10 million more people will die from drug-resistant microbes every year. AMR now poses a clear and present danger to every person on the planet. Unless we confront it head-on, we could return to a world in which it is common for people to die from basic infections.

Beyond the cost in human lives, AMR could devastate the world’s economies. In Europe alone, the annual healthcare costs and productivity losses associated with AMR already total an estimated €1.5bn ($1.7bn).

The G20, for its part, has taken an important step forward. Each G20 country has promised to start implementing national plans to fight AMR in earnest, and to do more to promote new treatments against resistant microbes. To that end, G20 leaders are calling for an international R&D collaboration hub to “maximise the impact of existing and new antimicrobial basic and clinical research initiatives”. They have also promised to explore how market incentives can be used to encourage new research.

If antimicrobial resistance is allowed to spread, malaria will kill at least 116,000 more people every year

Beyond the G20, innovative public-private partnerships are emerging to deliver new treatments against drug-resistant killers such as tuberculosis. Some governments have already started filling critical roles in the global response to AMR, by collecting data on the spread of resistant strains of E. coli, salmonella and other pathogens.

Now it is up to political leaders to follow through on their commitments. New treatments for multidrug-resistant microbes aren’t expected to generate much return on investment, and so it is incumbent upon governments to make research and development in this field more attractive to private companies and, in order to stem the development of resistance, to ensure that new drugs are not overused.

When traditional market mechanisms fail, instruments such as transferable market exclusivities can help by allowing drug makers to transfer an antimicrobial medicine’s intellectual-property benefits to another drug.

In responding to AMR, we can learn some valuable lessons from other global public health efforts. Malaria, which is caused by a parasite transmitted by more than 100 species of Anopheles mosquito, is a leading cause of death in many parts of the world. But now that many governments and private institutions have made fighting the disease a high priority, its death toll has been halved over the last 15 years.

Still, the parasite that causes malaria is developing resistance to artemisinin, which forms the basis for the most effective treatment: artemisinin-based combination therapies. Artemisinin resistance first emerged in Cambodia just over a decade ago, and has since spread through Thailand, Laos, Vietnam, Myanmar and China. It is now approaching India, and experts are sure that it will eventually reach Africa.

According to one recent study, if artemisinin resistance is allowed to spread, malaria will kill at least 116,000 more people every year.

Unless new treatments become available, the tremendous progress that the world has made against malaria will have been tragically short-lived. Fortunately, those engaged in the global response to malaria recognise that just as parasites are adapting, so must we. New efforts are underway to identify and minimise the spread of resistant malaria, while simultaneously developing new artemisinin-free treatments.

For example, the regional artemisinin resistance initiative is working to halt the spread of resistant malaria in the Mekong Delta region by monitoring and sharing drug resistance data and promoting proper use of antimalarial treatments. So far, the initiative has secured €110m ($88.2m) through the Global Fund to Fight AIDS, Tuberculosis, and Malaria, which is financed primarily by governments.

Moreover, Novartis and the Medicines for Malaria Venture (with support from the Bill & Melinda Gates Foundation) are starting a new clinical trial next month to test KAF156, a molecule that could form the basis of a new treatment against artemisinin-resistant malaria strains.

At the 2016 World Economic Forum in Davos, 100 companies (including Novartis) and industry associations signed the Davos Declaration on AMR. Under that commitment, companies and governments promised to work together to slow the development of resistance by increasing investment in R&D and making high-quality antibiotics available to patients who need them.

The G20’s national action plans will, we hope, help us to meet these commitments. But political leaders, too, must marshal the will to turn words into action. Resources to monitor resistance, stronger incentives for R&D, and innovative financing mechanisms are urgently needed to ensure widespread access to accurate diagnoses and quality medicines.

The world cannot afford to lose the fight against AMR. Winning it will require large-scale public-private cooperation, underpinned by political leadership that makes global public health a top priority.