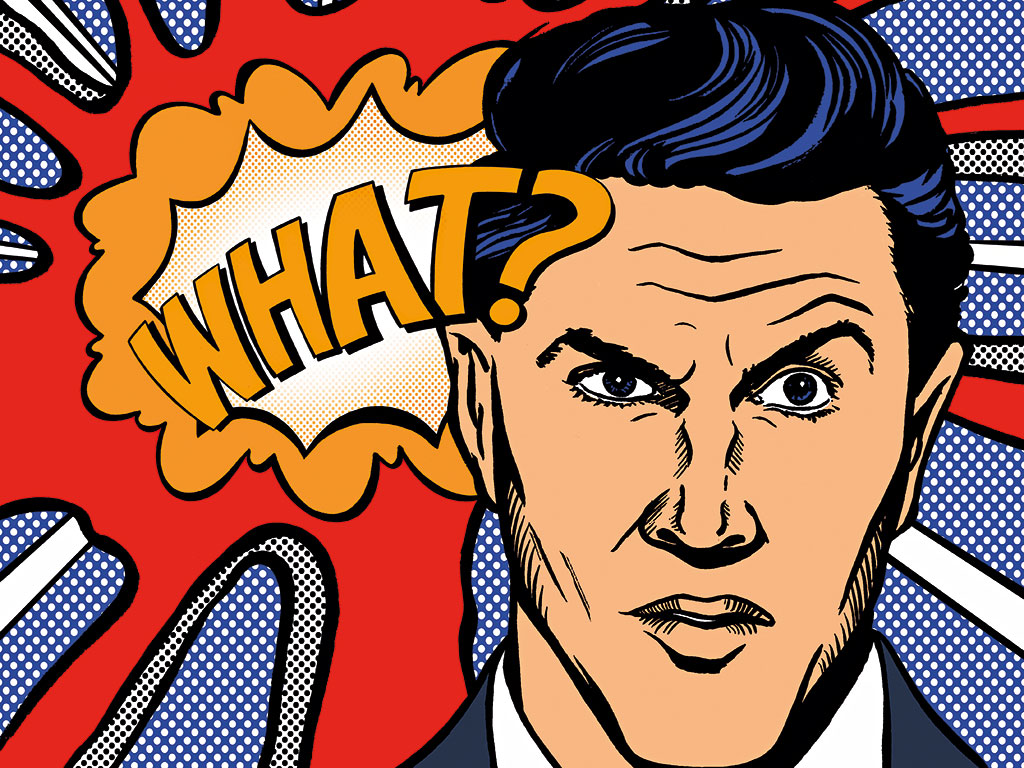 Over the last few decades, business jargon has become rife in the workplace - particularly among technology firms

In the need to get on-message about our three-dimensional organisational innovation and text-generation visionary paradigms, individual businesses or pro-active synergies are deploying specialised terms on platforms to connect with new networks and partnerships. Or rather, technology firms regularly rely on jargon or clichés when attempting to convey their ideas to a casual audience. And that is a problem.

The war for clarity in the English language has a long history. Most famously, George Orwell wrote his Politics and the English Language in 1946, in which he railed against what he saw as attempts to obscure the truth through the use of vague writing or dishonest and misleading phrases. Political language, he said, had come to consist “largely of euphemism, question-begging and sheer cloudy vagueness”. While the political regimes and their apologists Orwell was decrying are long gone, within the tech world the use of euphemism and vagueness continues.

What exactly ‘data-driven’ means is unclear

The use of this clichéd term and others, however, might not just be jarring but also harmful to business. As John Egan, director of the digital finance Anthemis Group, recently wrote on Twitter: “Eliminate the word ‘#disrupt’ from your pitching lexicon. It’s become a synonym for ‘I don’t understand my market’.” Firms that insist on making light use of the term run the risk of showing themselves to be amateurs, attempting to insert a professional-sounding term into their business description where it is not really needed. While some major firms have genuinely disrupted embedded markets, such as taxi monopolies, merely adding a new product to a market with a slight edge on existing competitors is not disrupting anything: it’s how markets in capitalism work.

The continued use of ‘data-driven’ among many firms is also questionable. What exactly the phrase means is unclear, beyond telling your audience you are in tune with the 21st century. All firms make use of data but few are entirely data-driven. What is really meant is that firms are data informed. If a firm were to be truly data driven, it would be devoid of autonomous humans. But, of course, calling your firm “data informed” sounds less grand – or “forward looking”, as the jargoneers would say.

Business jargon in general is further damaging because it makes the audience less trusting of the speaker. According to Psyblog, reporting on a study published in Personality and Social Psychology Bulletin: “Our minds process concrete statements more quickly, and we automatically associate quick and easy with true; we can create mental pictures of concrete statements more easily. When something is easier to picture, it’s easier to recall, so seems more true; when something is more easily pictured it seems more plausible, so it’s more readily believed.”

Specialised terms are for specialists
Technology and all specialised areas are prone to the use of jargon. The complex nature of the area sometimes requires specialised terms for use among the inducted. Those who work with actual technology – engineers and programmers, not in client- or public-facing roles – may be forgiven for using language unfriendly to a casual audience. Philosophers, when speaking to each other, know what the term dialectics means (although, being philosophers, that may not always be the case), and don’t feel the need to define it. That doesn’t mean we shouldn’t try and speak in plain language, just that certain specialised terms exist within specialised circles.

Likewise, scientists may talk in a language incomprehensible to the non-scientist, but the complicated nature of the work might require it, with the assumption that their colleagues understand them. As with tech, problems arise when they attempt to communicate with the public, and so there are any number of scientists whose jobs are, or involve, promoting ideas to the public in clear language.

Free #fintech advice: eliminate the word “#disrupt” from your pitching lexicon. It’s become a synonym for “I don’t understand my market”

But, of course, it’s often the case that meaningless terms are used to give the appearance of specialisation and intelligence when nothing particularly special or intelligent is actually being said. As with the use of ‘data-driven’ and ‘disrupt’, words and phrases are used to dress up often-mundane (although not necessarily useless) ideas and concepts.

This issue within academia was highlighted by the Sokal Affair: in an attempt to prove how many social science and humanities texts were allowing nonsensical use of jargon, acclaimed maths and physics professor Alan Sokal published an article, “Transgressing the Boundaries: Toward a Transformative Hermeneutics of Quantum Gravity”, in the postmodern academic journal Social Text in 1996. The article made use of opaque language to describe physics as a social and linguistic construct. He soon revealed that his text, through the use of contorted phrases, was total bunk and its submission a hoax – suggesting the editors had failed to properly read or comprehend his writing. Since then, academia seems to have been pushing back against the use of such language, with editorials in education magazines regularly criticising academics who use it.

To ask engineers, when speaking to one another about highly complex matters, to tone down their language would be unfair. But technology firms, on the business side, have a duty to communicate their purpose and messages clearly, devoid of buzzwords and clichés. Such language also permeates other areas of business – such as “actioned” or “blue sky thinking” – but tech, perhaps due its reliance upon the work of people who justifiably speak in their own lexicon, is more prone to it than others.

In the same way that there has been a push back against esoteric language in academia, so too should it be fought against in technology. Orwell told his readers that clear writing (and by extension communication) should expunge all “prefabricated phrases, needless repetitions, and humbug and vagueness generally”. Although Orwell himself was the first to admit he might make the mistakes he warned against, tech firms really should try to heed his advice.