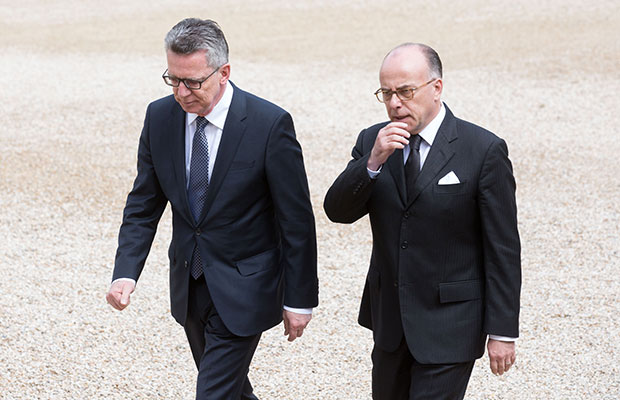 On August 24, Bernard Cazeneuve and Thomas de Maizière, the interior ministers of France and Germany respectively, took to the stage to argue for the abolishment of end-to-end encryption. In a joint press conference held in Paris, the pair urged the European Commission to adopt new legislation that would allow criminal and security investigators to decrypt data.

Following a series of terrorist attacks that have devastated the two countries over the past year, Cazeneuve and de Maizière called for tighter border controls and better information sharing within the EU. In regards to prohibiting encryption, which would end privacy on messaging apps such as Whatsapp and Telegram, Cazeneuve spoke of the need for European democracies to arm themselves against terrorists that use such services to covertly communicate.

While it is still unclear what role encrypted messages played in recent attacks across the two states, the ministers argued for legislation that obligates telecom and internet operators to decrypt data and remove unlawful content when requested in a criminal investigation.

The call marks the latest move in what has been dubbed by many as the ‘crypto war’ – an ongoing clash between the business and academic communities and governmental bodies. The former has long championed privacy above all for its customers and the general public, citing a slippery slope that can ensue when we begin to strip back basic rights. Law enforcement agencies, on the other hand, contend that full access to smartphones and other devices can be pivotal in an investigation.

While unlocking smartphones and decrypting messages could potentially help with law enforcement, there is no guarantee that this would certainly be the case. What is guaranteed, however, is that ending one’s right to privacy is a denial of a basic human right. With such a precedent set, it will become easier to deny other rights in the object of security, which – as history has shown time and time again – is extremely dangerous ground for any state.

For more information on the topic of encryption, take a look at The New Economy‘s special report on the history of cryptography.