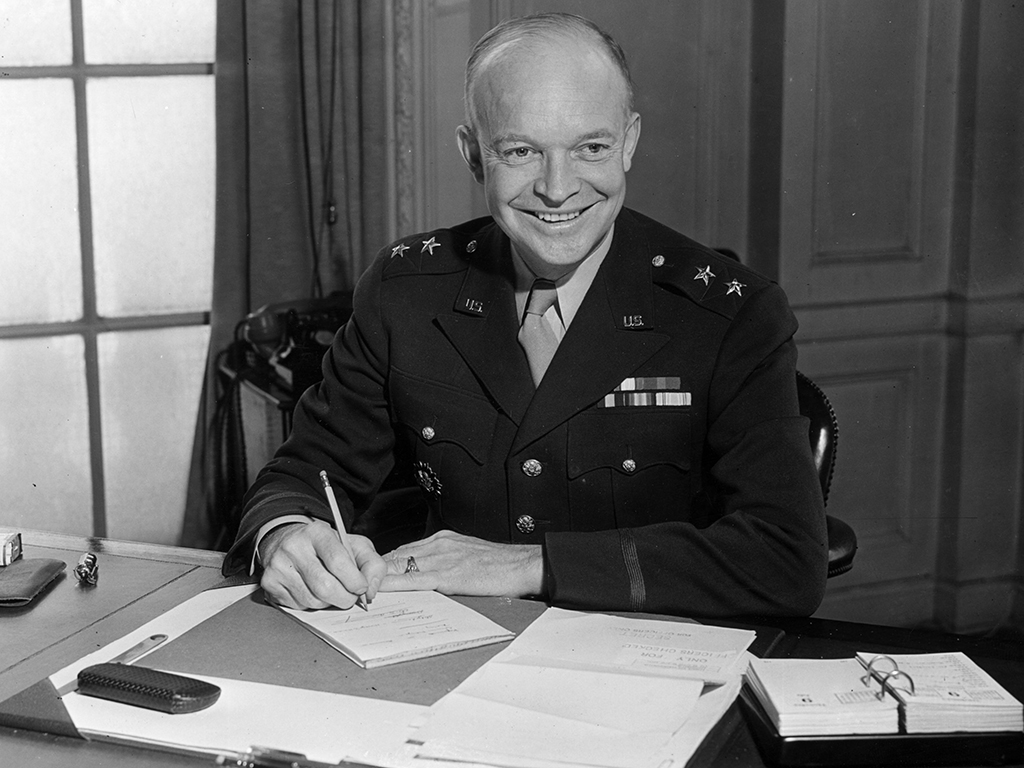 Eisenhower's retraction of funds from America's military and into nuclear bombs was highly controversial at its inception, but is now regarded as one of the most ingenious economic policies of US presidents

The presidency of Dwight D Eisenhower is often associated with his Cold War foreign policy, known as the New Look. The five-star general-turned-president cut military spending in favour of using the nuclear bomb as a deterrent. This freed up government money for the Federal-Aid Highway Act. Replacing the dirt-packed roads criss-crossing America, the act created a national inter-state highway system totalling 46,000 miles. This ambitious project helped connect the vast expanse of America, easing the mobility of people and flow of commercial goods across the continent.

Within his short time in the White House, JFK pushed for a change in America’s tax structure from 20-91 percent to 14-65 percent. Although the legislation – known as the Revenue Act of 1964 – did not make it through Congress until after his death, and was therefore signed by his successor Lyndon Johnson, it was the brainchild of JFK and is commonly referred to as the Kennedy Tax Cuts. While pushing for the reform, JFK justified them with the metaphor “A rising tide lifts all boats” – and lift it did. As NPR notes, “[b]y 1966 — the year that might have been the fifth of his presidency had he lived — Kennedy would have been presiding over an economy growing at a rate of 6.6 percent and an unemployment rate falling to just 3.8 percent.”

Of all the presidential administrations in living memory, Ronald Reagan’s is perhaps the most divisive. Liberals chide him for cutting taxes, creating a soaring deficit and increasing inequality, while conservatives celebrate his supply-side policies for laying the foundations of Americas second longest period – excluding wartime mobilisation – of economic growth. One successful economic policy, however, was his curbing of inflation. Inflation had been eating into the saving of Americans at a rate of 13.5 percent when the former actor assumed the presidency. Due to instituting high Federal Reserve interest rates, inflation eventually fell to 4.1 percent, as he left office.

Bill Clinton was the last American president to achieve a budget surplus and will most likely remain so for the foreseeable future. When Clinton entered the White House in 1993, America’s finances were firmly in the red. By 1998, through a mixture of spending cuts and tax hikes known as the Revenue Reconciliation Act of 1993, he had managed to achieve a budget surplus that peaked at $236bn in 2000. According to Professor Iwan Morgan from University College London’s Institute of the Americas, this surplus-balancing piece of legislation “reassured the bond markets and laid foundations for economic growth.”

Current President, Barack Obama, had the misfortune of taking office just as America’s banks were in crisis and the economy was heading towards the worst recession since the Great Depression. Under fire from an increasingly polarised Congress, Obama instituted a bold economic plan to put Americans back to work. Known officially as the American Recovery and Reinvestment Act of 2009, this economic stimulus package committed roughly $800bn of federal funds to invest in education, infrastructure, healthcare and renewable energy. The rationale was to create jobs which, according to the Keynesian concept of the multiplier effect, would create further jobs. Unemployment growth began to slow, followed by an eventual turn-around with unemployment levels falling. In total Obama has presided over 58 consecutive months of job growth, resulting in unemployment levels returning to the pre-recession level of 5.5 percent in March 2015.