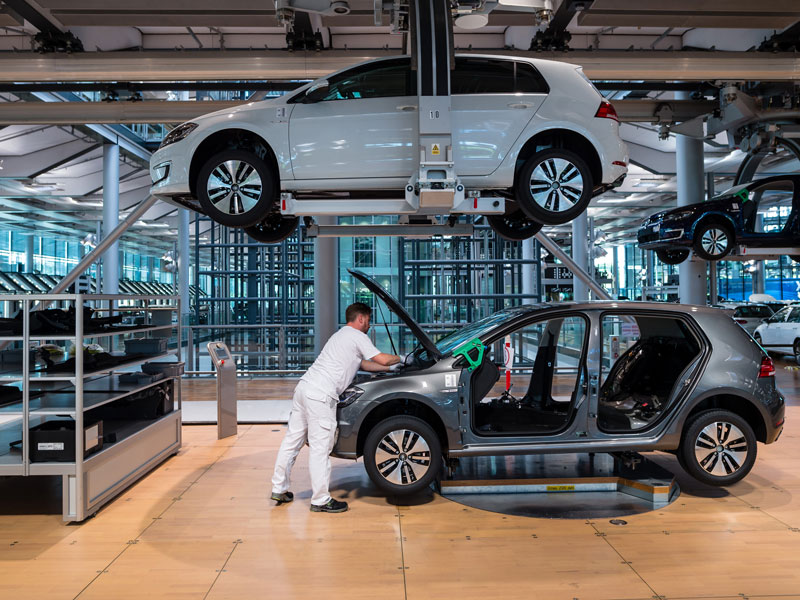 Currently, the e-up! and e-Golf models are the only electric Volkswagen cars available on the UK market

Volkswagen Group has announced that 2026 will mark the final year of production for vehicles using combustion engine technology. In total, $50bn has been earmarked for the development of next generation, carbon neutral vehicles and for the launch of self-driving cars.

“Our colleagues are working on the last platform for vehicles that aren’t CO2 neutral,” Michael Jost, Strategy Chief for the Volkswagen brand, said at an industry conference in Wolfsburg on December 4.

The world’s largest automaker has predicted that the combustion era will fade away following the roll-out of its next generation gasoline and diesel engines.

The world’s largest automaker has predicted that the combustion era will fade away following the roll-out of its next generation gasoline and diesel engines. At a press conference in November, CEO Herbert Diess described the company’s strategy as an “electric offensive”.

However, new car models have an average lifetime of roughly a decade, meaning Volkswagens that burn hydrocarbons will likely be available into the late 2030s. In the meantime, Volkswagen will continue to modify its combustion technology to meet environmental targets outlined in the 2015 Paris climate accord.

Increasing pressure on traditional automakers to reduce their CO2 emissions has prompted Volkswagen’s progressive strategy. Currently, there are just two fully electric Volkswagen models available on the UK market, the e-up! and the e-Golf, but plans are underway to launch additional electric vehicles. Porsche, part of the Volkswagen Group, is due to release an electric model, the Taycan, next year.

In 2015, the German company found itself at the centre of a scandal dubbed the ‘diesel dupe’ after it was revealed that the automaker cheated emissions tests in the US. Volkswagen was forced to pay over $31bn in fines and consequently pledged its commitment to electric vehicles.