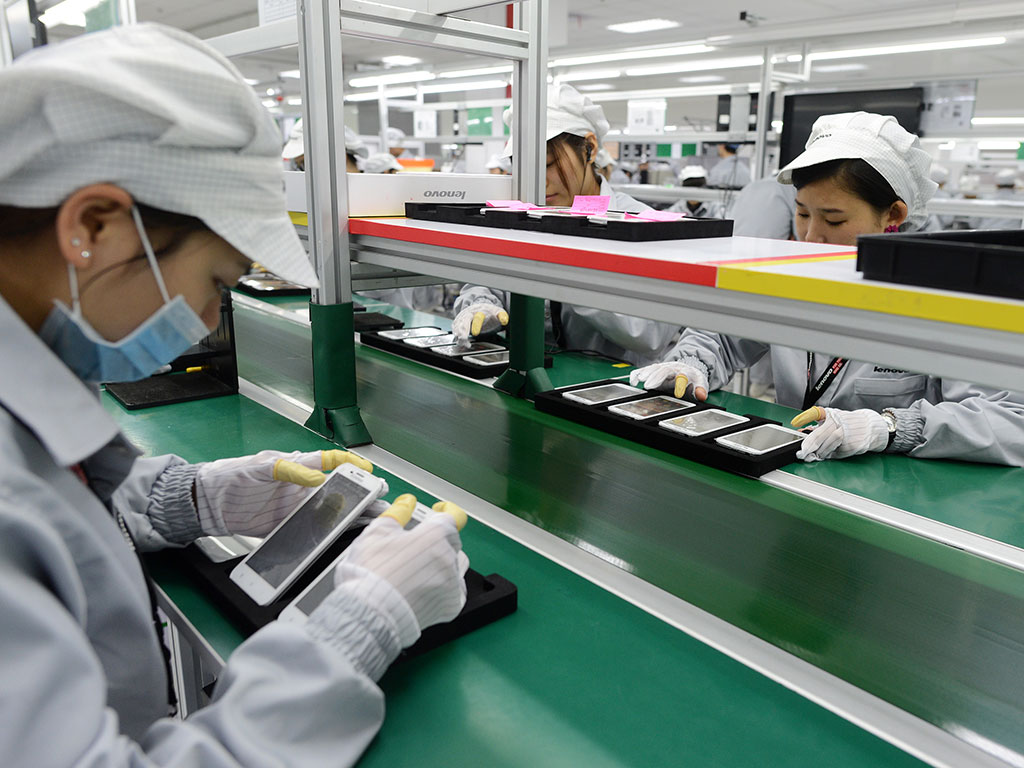 Workers at a factory in China. The country - and others including France, Taiwan, South Korea, Indonesia and Malaysia - has been blamed for a drag on global manufacturing output

The rate of growth in global manufacturing output has fallen to its lowest level since April 2013, according to the JPMorgan Global Manufacturing PMI. The results are the weakest experienced by the global economy in 28 months, while the pace of new business has remained close to recent lows. As the report noted, “Manufacturing production increased for the thirty-third successive month in August. However, the rate of expansion was the weakest since April 2013, as the downturn in emerging markets accelerated and growth slowed in the developed world.”

The Czech Republic, Italy, Spain and Germany are all cited as having the fastest rates of output

The survey is a composite index, compiled by J.P.Morgan and Markit in association with ISM and IFPSM. Through the use of 10,000 purchasing executives in over 30 countries, it covers 89 percent of world manufacturing output. The index for global manufacturing fell to 50.7 in August 2015, the lowest level since July 2013. Further, the average for 2015 so far stands at 51.3, down from the annual average of 52.3 for the whole of 2014.

The Czech Republic, Italy, Spain and Germany are all cited as having the fastest rates of output, along with the US which, the report writes, “due to its large relative size, was also a significant contributor to the latest increase in global manufacturing production, despite growth in the nation easing to a 19-month low.” The eurozone is also said to have seen an acceleration in output to 15-month high.

The countries providing a drag on the world output are China, France, Taiwan, South Korea, Indonesia, Malaysia, Russia, Greece and Brazil. These are primarily emerging markets, which, despite once being seen as the engine of world economic growth, have faced increasing economic trouble in 2015, including rising sovereign debts, commodity price collapses and currency slides. Some emerging markets such as Vietnam and India, however, have provided pockets of growth.

In terms of manufacturing employment, a twenty fifth successive month of growth was recorded in August, although rate of growth came close to stagnation. Employment in the US rose, although at its lowest level in 13 months, while the eurozone saw a four month high in employment growth. Japan, Mexico, Taiwan, Vietnam and Eastern Europe all also registered a rise in manufacturing employment, while China, the UK, France, Canada, South Korea, Russia, Brazil, Turkey, Malaysia, Austria, and Greece saw cuts.